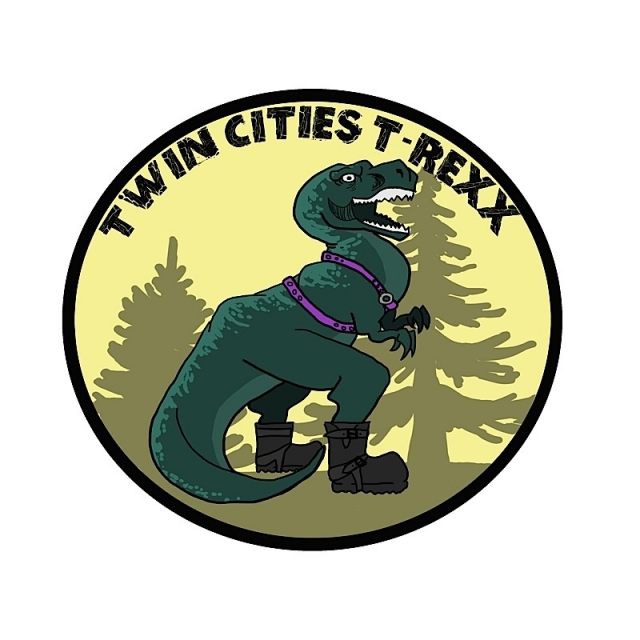 As the community evolves, so too do the clubs, groups and organizations that are a part of the community. Two clubs that have formed relatively recently are Twin Cities T-Rexx and Twin Cities Sirens. T-Rexx describes itself as a leather club for trans-masculine identified people. Sirens describes itself as an inclusive leather club for trans women and trans-feminine individuals.

T-Rexx was formed in March 2018 when two trans men attended The Tank evening at The Saloon and wondered where all the other trans-masculine people were. The club had the honor of being nominated for the 2019 Pantheon of Leather award for small club of the year.

According to the club, the mission of T-Rexx is “to provide a platform for community and visibility” for trans-masculine people in the local leather community. The club has grown quickly—at this writing the club has ten full members, two pledges, 13 associate members and three honorary members.

T-Rexx provides a safe environment for members of the club and community; strives to meet the educational and recreational needs of both club members and the wider community; and raises funds for local charities, for scholarships for members, and for club education. The club hosts a social every two or three months that cleverly combines a food item and a kink demo (think ice cream and human cake decorating, for example).

Visibility is an important part of the club’s mission. Last February, two T-Rexx members competed in the Mr. Twin Cities Leather 2019 contest. And I personally have seen another T-Rexx member proudly wearing a shirt that declares, “This is what trans looks like.” 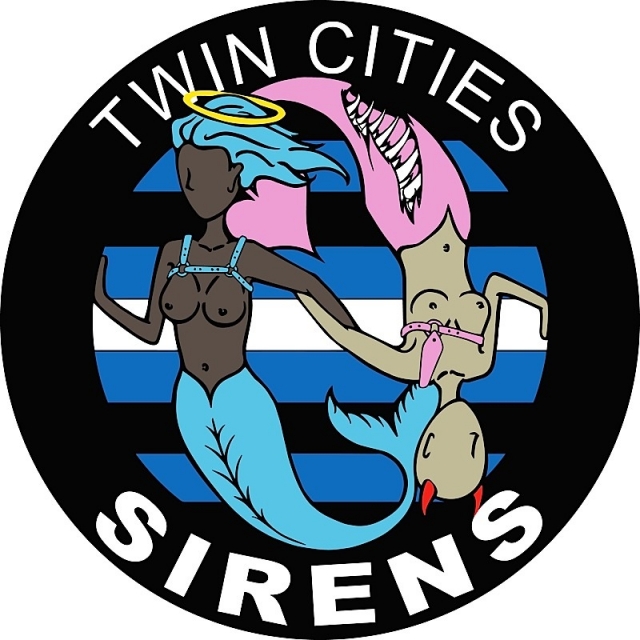 Twin Cities Sirens officially formed in the spring of 2019. The club was formed because members felt “there was no welcoming space for trans women in the local leather community. We wanted a space for trans women to feel welcome… Sisterhood and acceptance in a space are important values to our club.” The Sirens now have eight full members, 13 associates and one honorary member.

Every other month, the Sirens host a social. According to the club, the socials are designed to “create a welcoming space for our trans sisters and the general leather community while keeping the cost of attending our social at a bare minimum… as financial burden can prevent trans people from entering the leather community.”

Both T-Rexx and Sirens are backpatch leather clubs, adopting a leather tradition descended from motorcycle clubs and the first leather and leather/levi clubs that formed at the dawn of the modern leather community. Like other leather clubs throughout history, members of both of these clubs become part of a chosen family and enjoy mutual support, friendship and siblinghood.

The clubs also function for members as an entry point into the greater leather community. The enthusiasm and energy shown by members of both clubs has been a joy for me to see and is a great addition to the local community.

Probably neither of these clubs could have existed a decade ago. I wrote my first column about transgender leather in 1999. (My goodness, I just realized that was twenty years ago!) I ended that column on transgender leather by saying, “Gender comes in many different flavors, and it will be a lovely day when people can taste them all and choose their favorite with no apologies, shame or stigma.”

That lovely day may not quite be here yet, but it’s certainly closer. Today I see people expressing gender identities more complex, sophisticated, varied—and beautiful—than anything I could imagine or envision when I wrote that column in 1999.

At the time I wrote that column, I knew several members of the community who identified as trans (or as non-binary, although I don’t think that term was in common use back then). But in 1999 and for many years after, evidently there was not enough trans representation in the community to lead to the formation of a club.

Now, in 2019, there is enough trans representation in the community to form not one club, but two.

Both Sirens and T-Rexx will be hosting an event called The Rendezvous Sept. 13-15, 2019, “a non-event event weekend for trans, non-binary, and GNC [gender nonconforming] leather people.” Planned activities include visits to the Walker Sculpture Garden, Mall of America and Water Park of America as well as a gear night, play party and more. Find more information by searching for “The Rendezvous” on Facebook. Both Sirens and T-Rexx have active Facebook pages, and T-Rexx also has a website at tctrexx.wixsite.com/rawr.