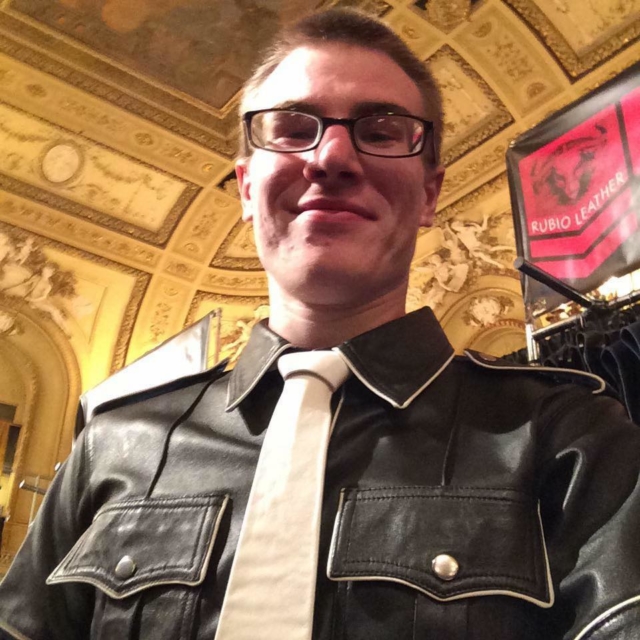 I just returned home from a fundraiser that was bittersweet in the extreme. It was entertaining, but it also was tinged with a profound sadness. I am writing this while the memories and feelings are still fresh—and somewhat raw.

On the evening of Tuesday, Sept. 19, 2017, members of the community gathered at The Saloon for “Speak Up Reach Out,” an event to raise contributions to The Trevor Project (www.thetrevorproject.org), a national 24-hour, toll-free confidential suicide hotline for LGBTQ youth. But we were not raising donations just because it was a noble thing to do, although it was. We were raising donations for this particular organization because suicide recently had claimed the life of Daniel Peterson, a member of the local leather/BDSM/fetish community.

I had seen Daniel around but did not really know him well. But there were many people at the fundraiser who did know him well—who had welcomed him into their leather family. Daniel’s mother also was there to see the funds being raised, and to see the community processing what had happened to one of their own.

Funds were raised for The Trevor Project through a beer bust, donations at the door, bootblack tips, entertainer tips, and both silent and live auctions. The live auction item was a custom Minnesota Leather Pride backpatch (a patch to be worn on the back of a leather vest or jacket) to be custom-created by Karri Plowman and provided by Twin Cities Leather & Latte. Bidding for the backpatch was spirited.

Daniel’s leather shirt was displayed on a table by the entrance to the fundraiser. Next to the shirt was a photo—the photo shown on this page, which is evidently a selfie—of Daniel wearing the shirt. When I saw the photo, I instantly recognized where it had been taken. And the recognition brought me up short.

Visible in the background of the photo is a very ornate ceiling vault that I recognized as being in one of the ballrooms at the Congress Hotel in Chicago—one of the ballrooms that housed the International Mr. Leather weekend’s Leather Market. I, too, had been in that very ballroom last May.

I’m not sure why seeing that photo hit me so hard, but it did. This shouldn’t be happening, I thought to myself. No one should feel so much pain that for them suicide is the only way out. And no one should lose someone dear to them because of such pain.

Yet it keeps happening.

In the end, the final tally came to almost $1,800 donated to The Trevor Project. Sadly, that will not bring Daniel back. But it might help prevent the next Daniel.

Daniel’s mother had brought a journal to the fundraiser and asked those attending to write something in it—a story or memory of Daniel, for instance. I wrote a note to Daniel, saying that I was so sorry he felt it was necessary to end his life, that I hoped he had found peace, and that I hoped those he left behind would also find peace in time. And I told him that our community’s light burns a little less brightly without him here.