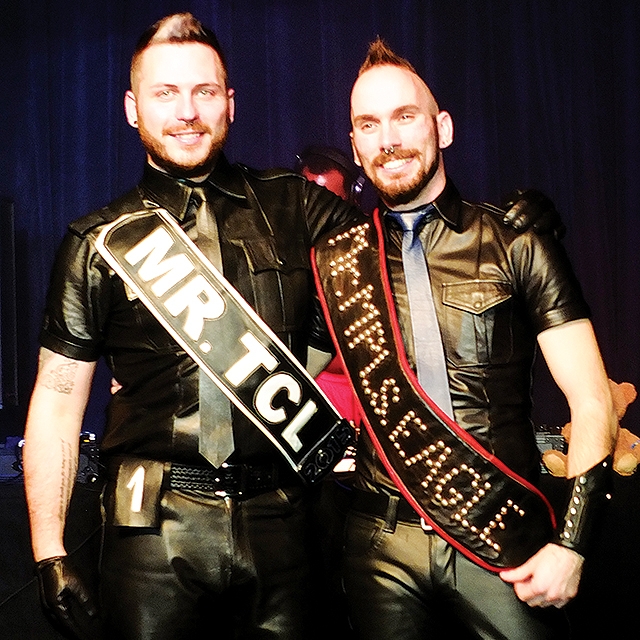 Ren Rushold, Mr. Minneapolis Eagle 2015, and Steven Patton, Mr. Twin Cities Leather 2015, will be competing and representing Minnesota at the 2015 International Mr. Leather contest weekend (May 22–25 in Chicago). I recently had a chance to conduct a joint interview with them. 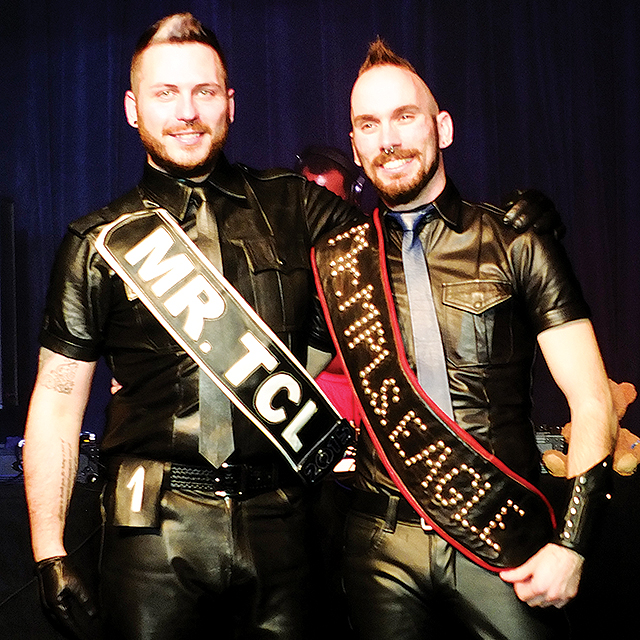 It seems like you two are almost brothers. Did you know each other before you both won your titles?
Ren Rushold: Yes.

Have you supported each other as you competed?

Steven Patton: I was his handler when he competed.

So you sort of planned it this way.
SP: We hoped that it would happen this way, actually.

RR: We had joked about it, like wouldn’t it be fun if we went to IML to compete together? And then it happened.

Steven, what did you think when Ren won?
SP: He could hear me screaming from the other side of the bar.

And when Steven won—

RR: I was in the very front row with my phone making sure I was recording every second of it.

How far is the cooperation going while you both prepare for the IML competition?
SP: I think we both share the feeling of, if I went to IML and I won, and I didn’t help him as much as I could, that doesn’t say very good things about our friendship or about my character.

RR: While we each take the competition very seriously, we’re in this together. I could not have been where I am without him. Going to IML, if I win, or if I place in the top 20, or even if I get dead last, I will know that, because of what we did together, I was confident enough to go that far.

I want to note at this point that both of you are sporting freshly done mohawks.
RR: We are twins — that’s the joke.

SP: We had a photo shoot yesterday, and just as a joke we switched sashes for part of it. People frequently mistake us for each other. 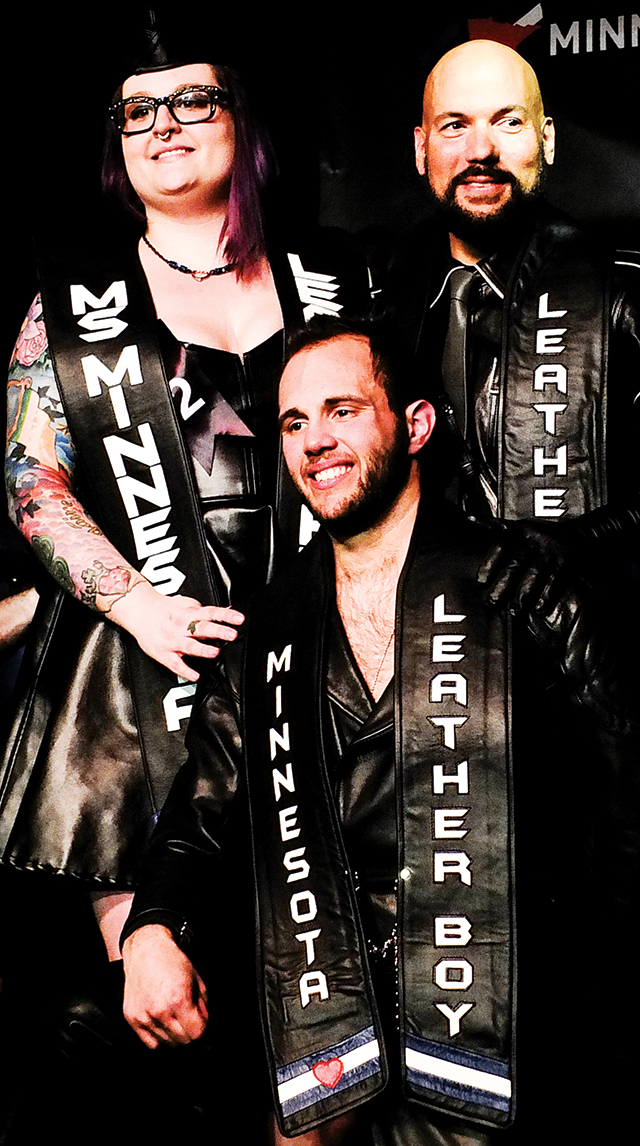 What do each of you want to accomplish with your local title?

SP: My major goals are trans-inclusiveness and generational connectedness.

RR: My goal is not so much to be a public figure. I would rather have one-on-one interactions. I have always tried to bring as many people as possible into the community and really help them find their place.

How are each of you involved in the local community?

RR: I help out the Atons occasionally, and I’m a full member of the North Star Kennel Club.

SP: I was a member of the Imperial Court of Minnesota for a few years when I was younger, and I helped found the chapter of the Sisters of Perpetual Indulgence here in Minnesota.

What was your name with the court?
SP: My full protocol, as given to me by Empress 14, was “the epic Zachira Zabbertini Haldane Berglin-Rhodes Seville Cartier.”

And with the Sisters?

SP: I am still currently a nun. Sister Marsha Dimes, which I took from Torch Song Trilogy.

Some people would say there is a clash between drag and leather.

RR: I view it as the same as being a puppy and a leatherman at the same time. You can be whatever you wanna be.

What are your thoughts as both of you look forward to the IML weekend?
SP: We need energy drinks.

RR: We’re both competitive, we both have great drive, we want this.

SP: But it’s also about brotherhood and having fun for both of us. It might sound kind of cliché to say that but it’s true; it’s who we are together.

RR: Somebody had said that Steven and myself are not going to compete as a team, that we’re going to compete as individuals for IML. While logistically that is the truth, I completely find that statement untrue. I’m finding myself in my spare time drawing up mock interview questions for Steven just to get him prepared for the interview portion. I wanna make sure that he’s on par if not better than me at IML because I want him to do the best that he can do, and he feels the same about me. So we’re going to compete separately, but we are a team.

SP: We’re a team as friends, we’re a team in trying to help this community, and that doesn’t change just because there’s a big hat at the end.