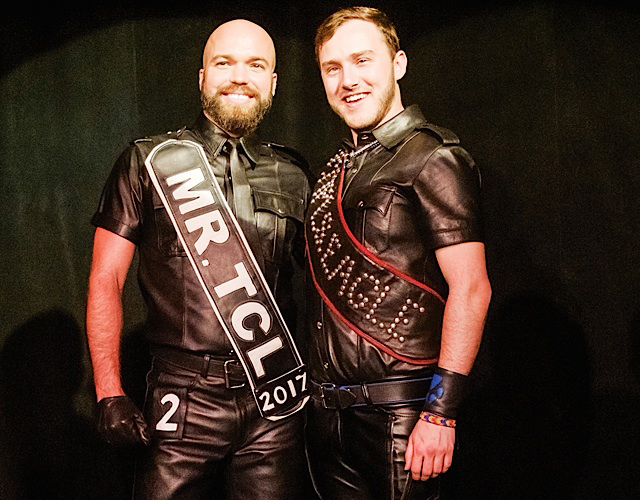 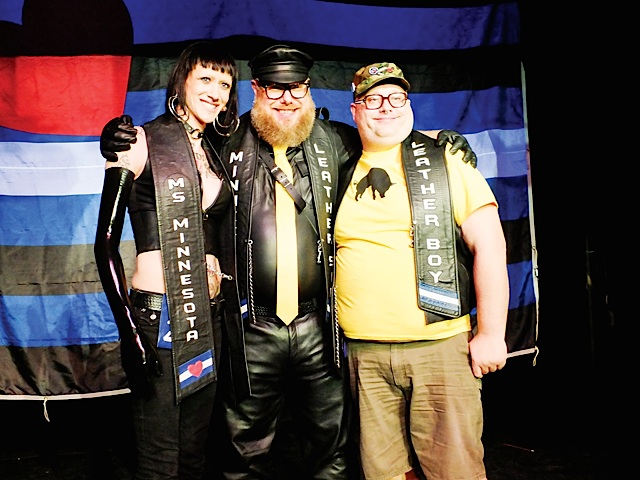 Three new leather titleholders were sashed on Saturday evening, April 1, at the Minnesota Leather Pride Weekend 2017 contest held at The Saloon. Other weekend events, including a meet and greet, a cigar social, and several Kink U sessions, were held at The Saloon, eagleBolt Bar, and LUSH. Contest emcees were Karri Plowman, of Twin Cities Leather & Latte, and Nocturna Lee Mission. 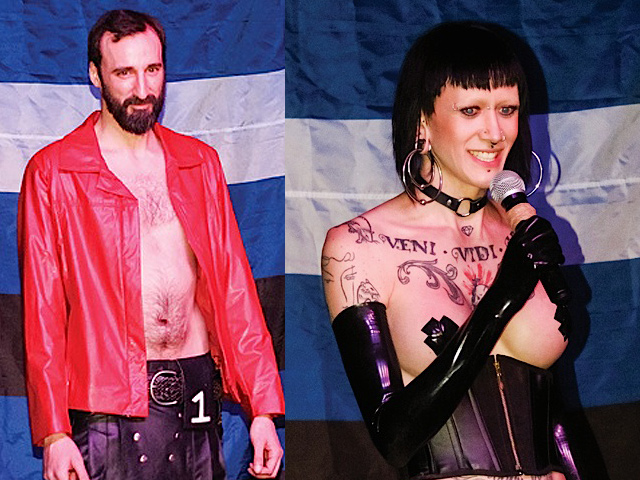 Left to right, Dickie during contestant introduction, and Mikayla answering a pop question.

Aside from being a great show, this year’s contest made a political statement by promoting radical gender equality. How? By prohibiting all contestants and anyone else appearing onstage, of any gender, from displaying bare nipples. Pasties, or at least X’s made of duct tape, were the order of the evening. 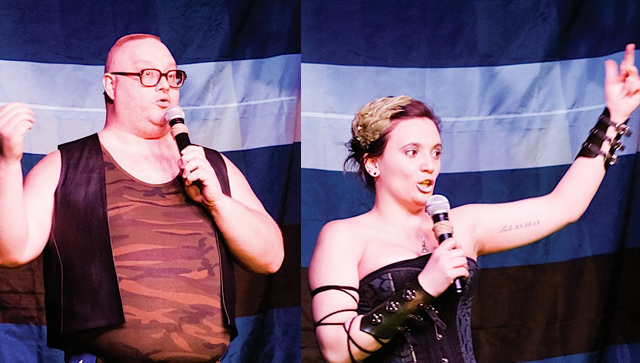 Left to right, Pugsley, and Edie during the speech portion of the contest. 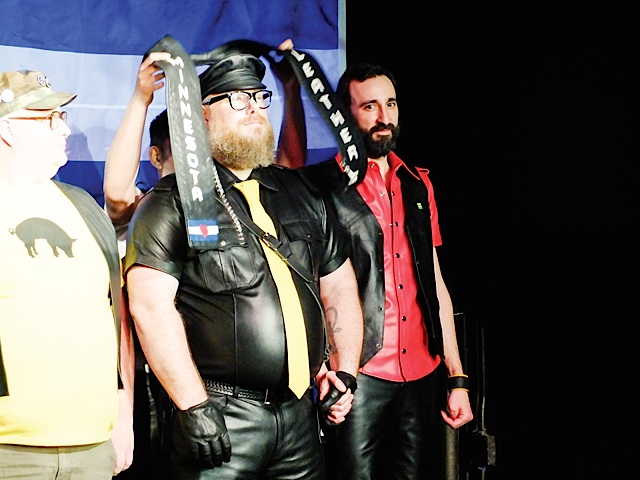 Dylan at the moment of his sashing.

Leatherpedia.org is a new online wiki-based encyclopedia for the leather community. The site is collaborative, which means anyone — that includes you, dear reader — can create or edit encyclopedia entries, just like Wikipedia.

Leatherpedia.org has been created by Patrick Smith, International Mr. Leather 2015. Says Smith, “This is a resource I would have killed for when I first started out in the community. I remember all too well trying to research various clubs and events, find out who’s connected to whom, and having to go all over the internet for it. Now, the goal is for it to be all in one place.” Smith envisions Leatherpedia.org as “an online collaboration of community members worldwide working to create a living, breathing history of the leather community.”

At this writing there are 82 entries and counting. Go to Leatherpedia.org and check them out. Then contribute your own entry.