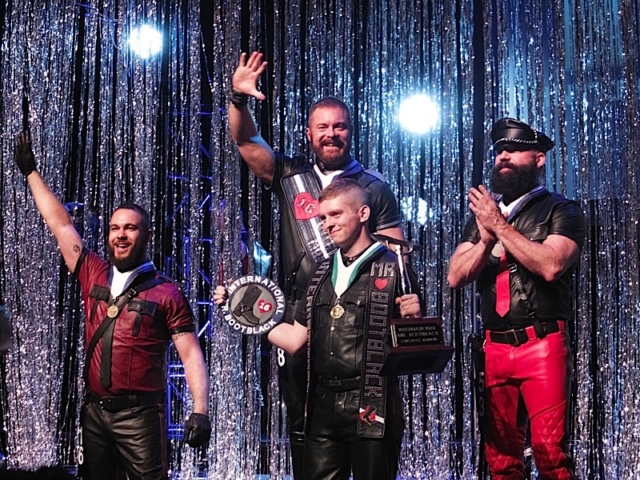 This year marked the 23rd time I have attended the IML weekend, never having missed a year since my first IML in 1994. Considering that six of the first seven IMLs I attended used the Congress Plaza as the host hotel, and considering that the contest is again being headquartered at the Congress Plaza, it would stand to reason that as I walked through the hotel, and especially the Leather Market, I was having flashbacks and memories of years past.

For example, at the top of the escalator on the third floor was a corner space that was empty this year. But when I saw the space I remembered that many years ago it was filled with industrial-strength dungeon furniture made by two entrepreneurs from Minneapolis, and I remembered watching them having fun as they demonstrated it.

And in the room that this year held a T-shirt vendor, I remembered the year a friend was in that room staffing a booth for a Chicago organization called MAFIA (no, not organized crime; MAFIA stands for “Mid-America Fists in Action”). Ah, memories!

Now, of course, the major Minnesota presence in the Leather Market was the huge Twin Cities Leather booth, which had a room of its own and actually covered 12 booth spaces.

There were many other notable Minnesota presences this year at IML. On Thursday evening, a roast of the outgoing IML, Patrick Smith, and outgoing International Mr. Bootblack, Bamm-Bamm, was held at the Leather Archives & Museum. For the first time, two of the roasters were from Minnesota: Ren Rushold, Mr. Minneapolis Eagle 2015, and Steven Patton, Mr. Twin Cities Leather 2015. This year’s roast was probably the most wicked, vicious, and politically incorrect ever. It was delightful.

Another contestant with Minnesota connections was Rob Anderson, Mr. Iowa Leather 2016, a former Twin Cities resident and member of the Atons of Minneapolis. Also highly visible throughout the weekend was Derek Harley, Mr. Minneapolis Eagle 2012, one of nine IML 2016 contest judges.

(Speaking of memories, four of the judges, including Harley, have previously been IML contestants and I had photographed all four of them as they competed.)

Other Minnesotans at IML included volunteers in many areas, including transportation logistics and social media photography. And then there were the many Minnesotans who came to Chicago simply to enjoy the weekend and cheer for their favorite contestants.

Some gay leathermen keep track of IML statistics the way some people keep track of baseball statistics. A few examples: this year there were 59 contestants, making this the largest contestant group since 2002. The contestants came from 7 countries (including, for the first time, Israel) and 25 states. David Bailey is the first IML titleholder to come from New Jersey. And contestants from Chicago, where the contest is held, have never before been among the top three finishers of the contest, leading to the idea of a “Chicago curse.” This year that curse was broken: both the first and second runners-up were from the Chicago area. 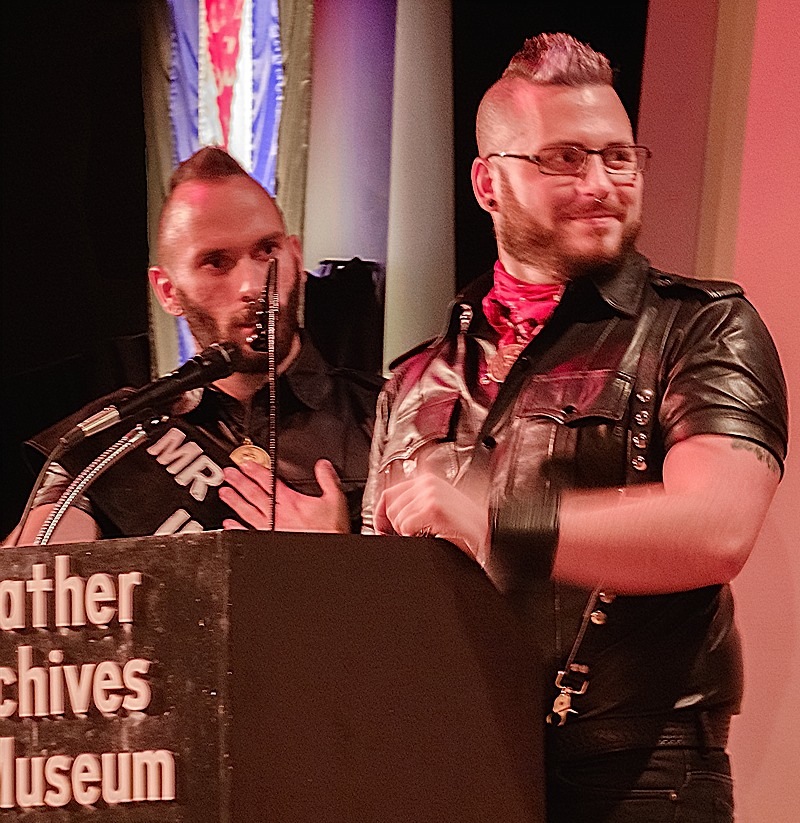 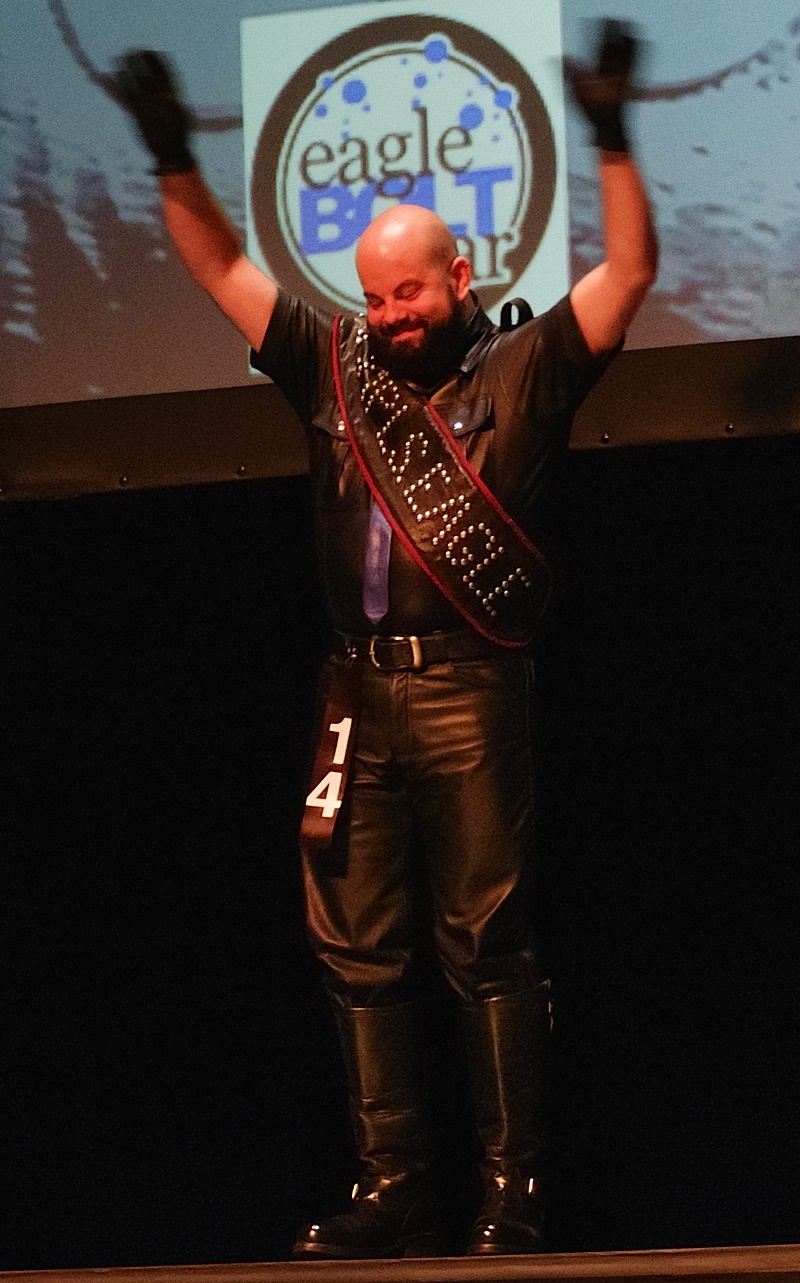 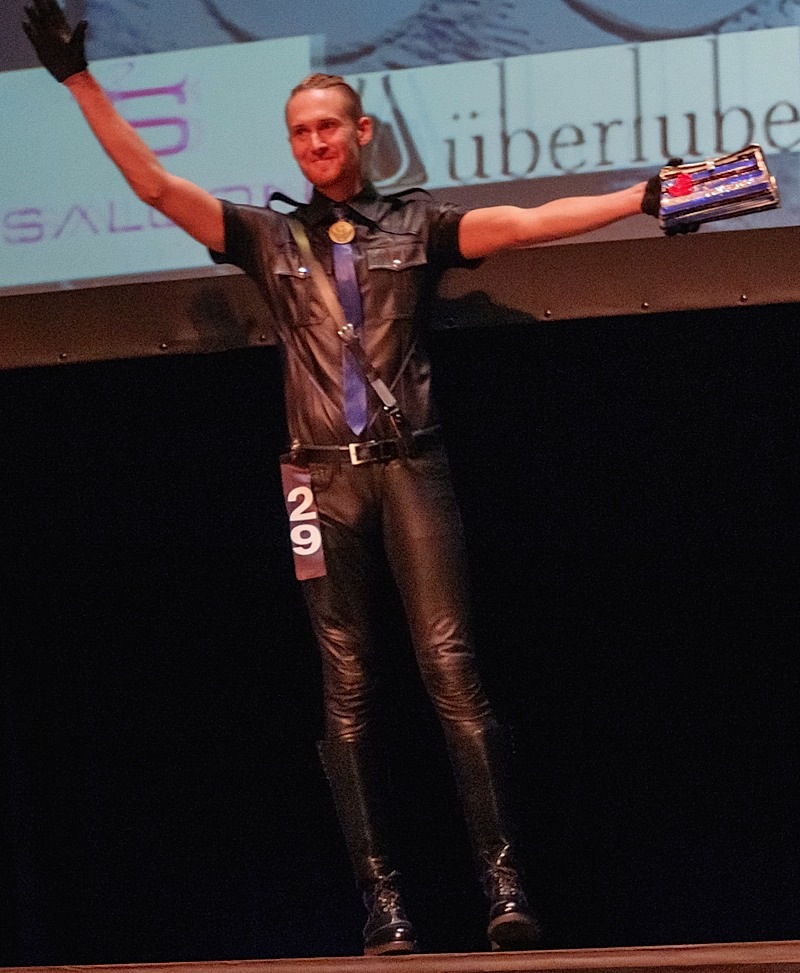 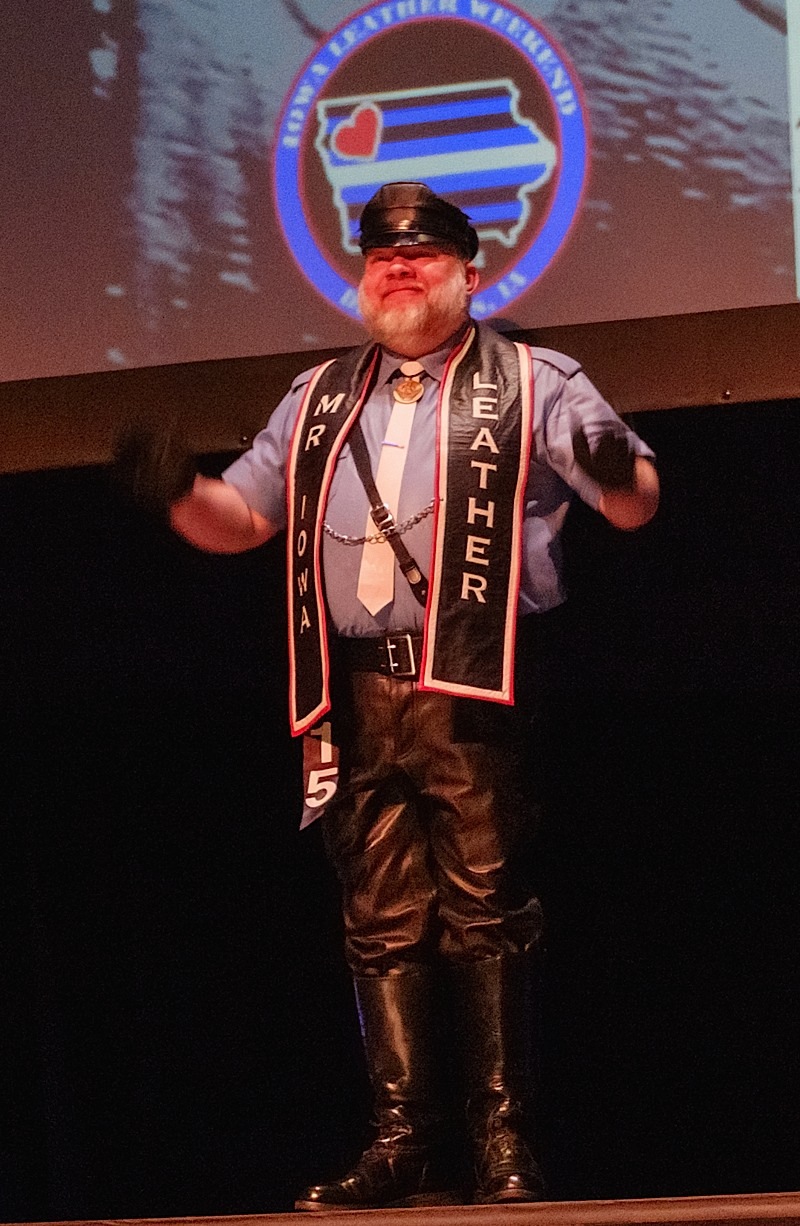 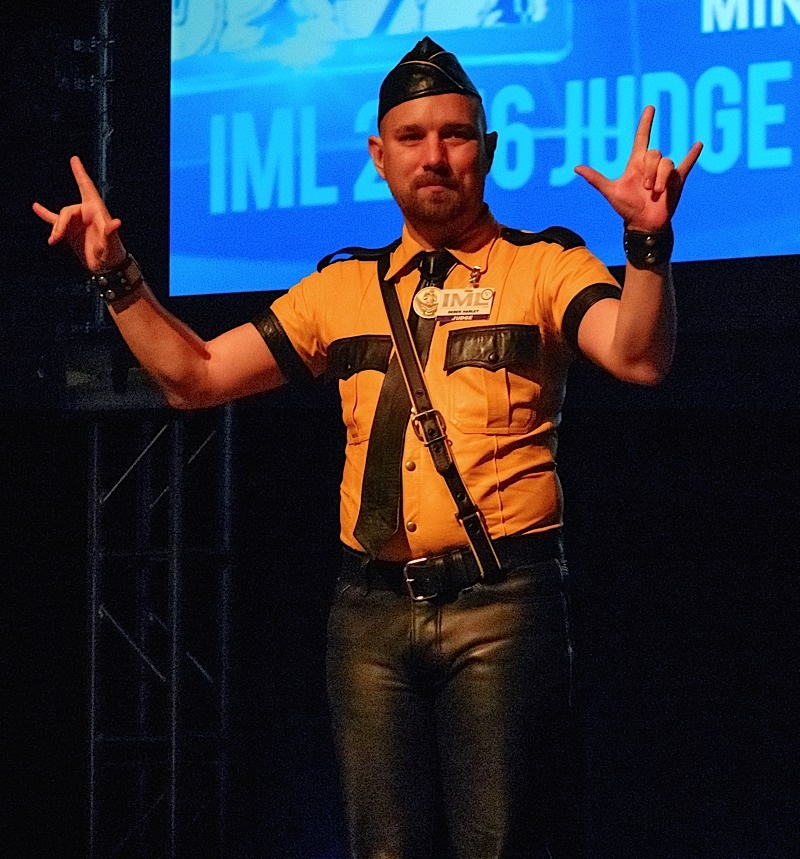 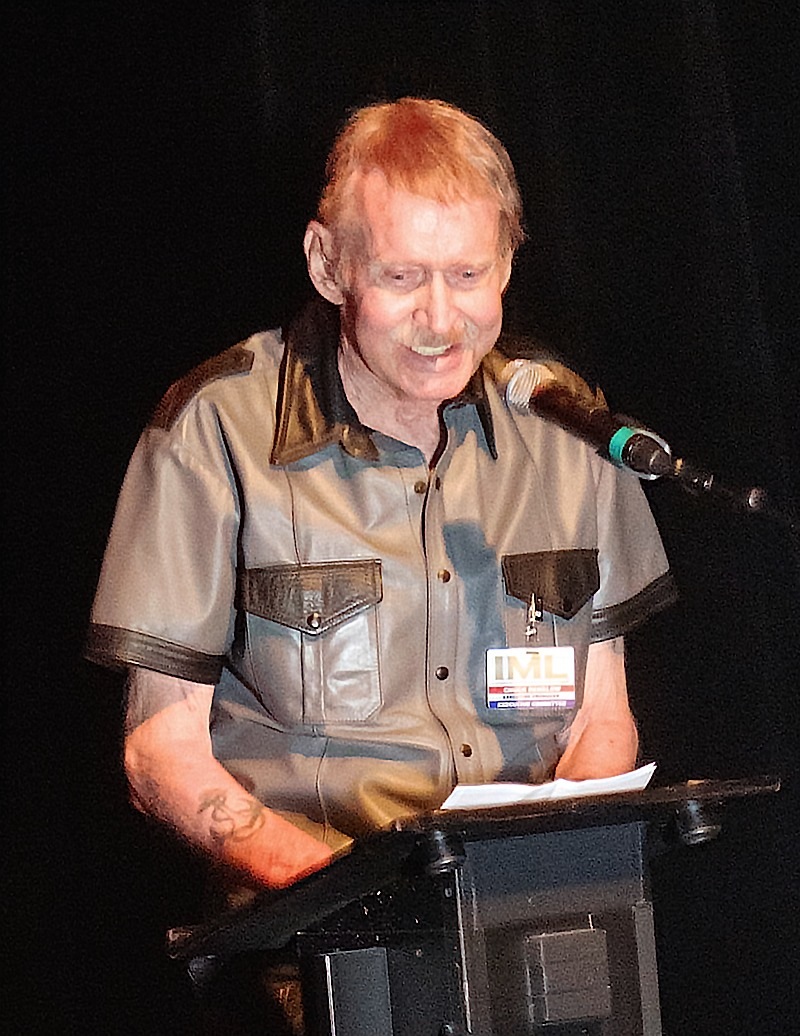 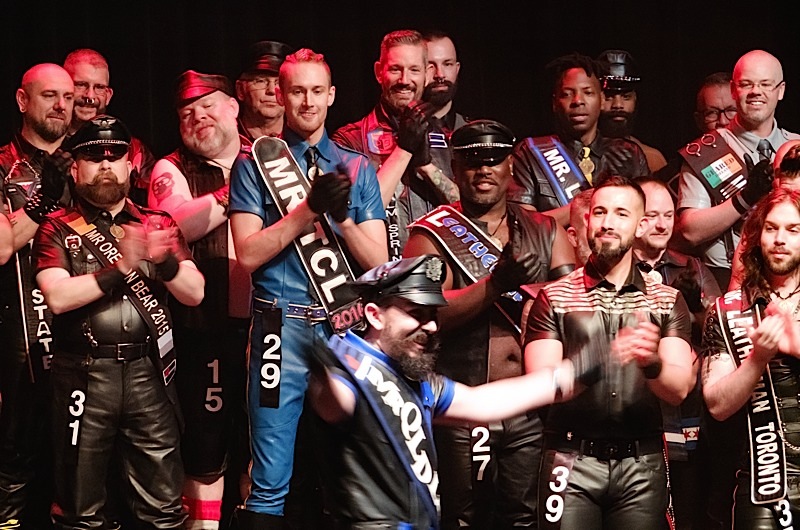 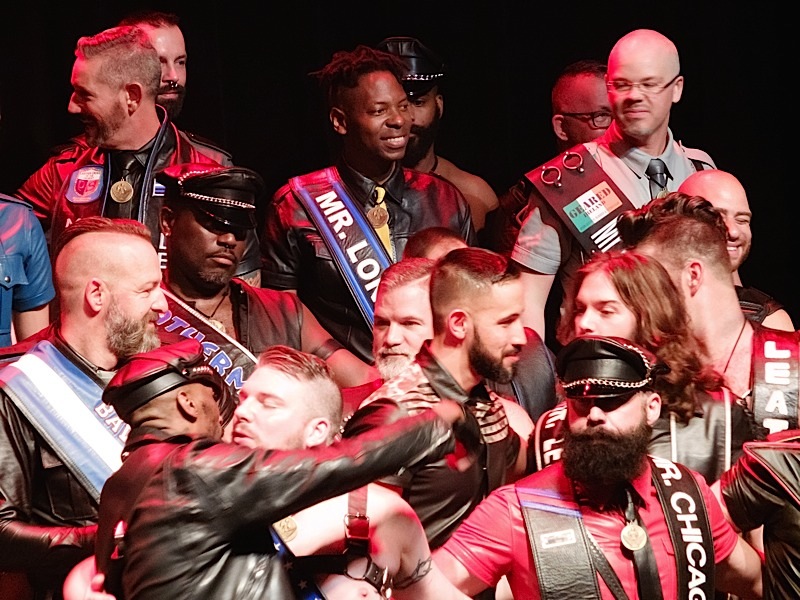 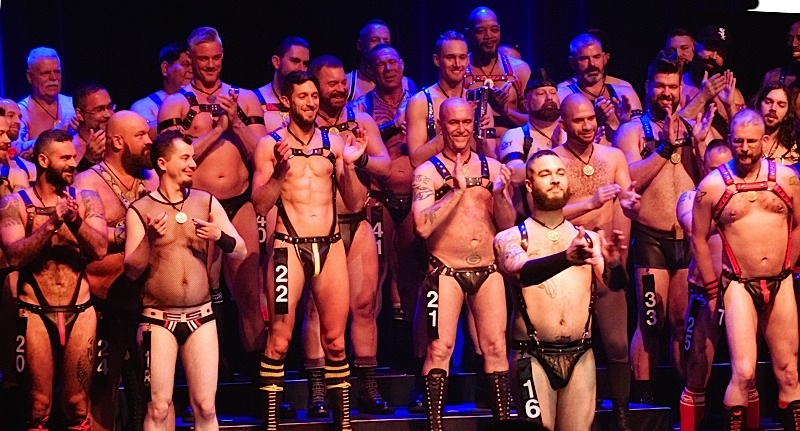