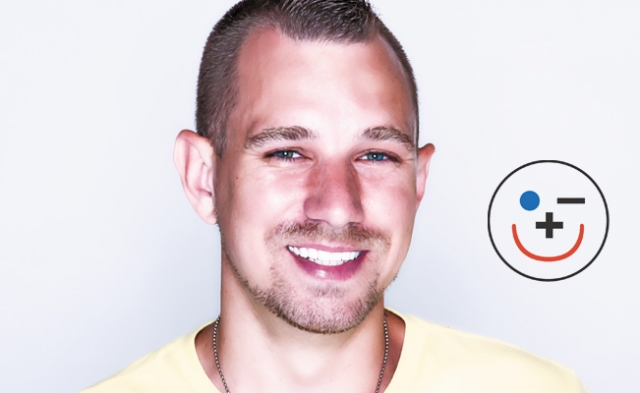 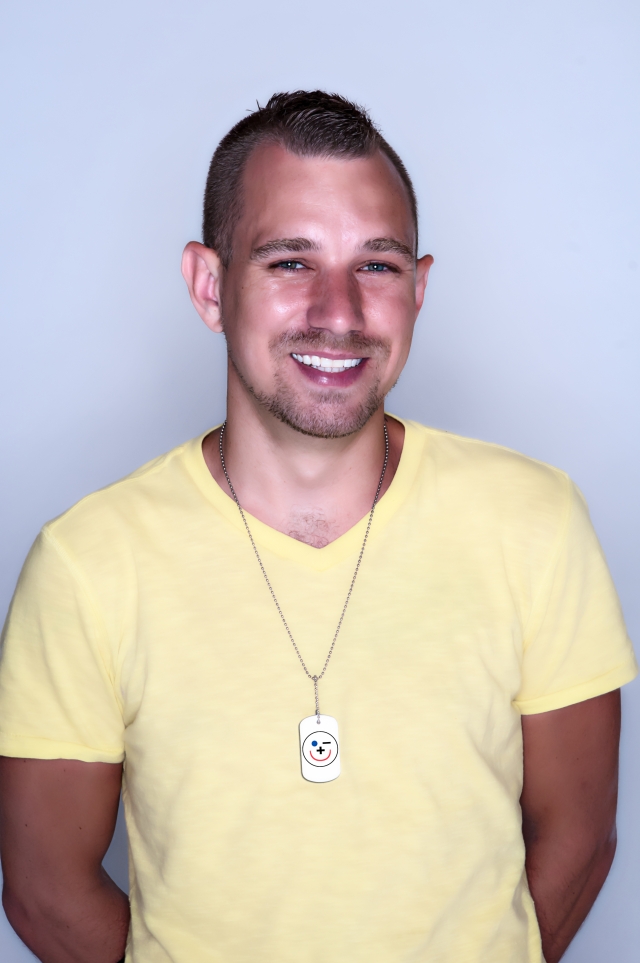 Tell me about Mr. Friendly.

Mr. Friendly is the new face of reducing HIV stigma. His face is a positive and a negative sign, so someone who wears this symbol is saying, “Positive or negative, I’m here for you. Regardless of your HIV status, we’re all in this together.”

How did you get hooked up with Mr. Friendly?

I was introduced to Mr. Friendly at the International Mr. Leather contest three or four years ago. I have a lot of very close friends who have tested positive. They needed support, and we’ve been there for them all throughout their journey of acceptance. I’ve seen some stigma-related incidents happen with them, and I just think this is a conversation that our city and our community needs to have. Speaking openly and honestly about HIV and reducing stigma is going to make our community better.

How did Mr. Friendly get started?

It was started by Dave Watt, a former Mr. Michigan Leather titleholder. He competed and won his title in September, 2008, and during his title year he started the Mr. Friendly program.

Why is the Mr. Friendly program needed? What does it hope to accomplish?

Give me an example of HIV stigma.

I think a lot of people don’t realize that they might be inducing stigma in conversations they have. They might think they’re open-minded to individuals who are positive, but when it comes down to it, maybe they’re not so much. An example I like to use is the question, “Are you clean?” On its face it doesn’t seem offensive, but if you look at the opposite side of that, you’re implying that someone who is not negative and has a positive status is somehow dirty. And that doesn’t make that person feel very good.

Mr. Friendly is needed because we have to put it out there that the way you interact with someone who is positive can have a deep impact on how they feel about themselves. If we make them feel dirty or unwelcome or that they’re outcasts, we are degrading them as a person.

And, really, the status is just a part of who they are. They’re living with HIV, but it’s not necessarily what defines their lives. Many people I know who have HIV don’t go around every day thinking about the fact that they have HIV and don’t wear a big sign that says, hey, I have HIV. But that’s how they’re treated when they disclose their status.

For years I’ve seen phrases in online profiles such as “DDF/UB2” (“drug and disease free, you be too”).

How can people get involved with Mr. Friendly and Team Friendly Minnesota?

We had a launch party on Sept. 15, and we’re doing a second one to reach out to the 18+ crowd on Sept. 20. From there we’d like to see the program do something along the lines of monthly outreach at different bars. And we want to get Mr. Friendly pins into the bars, so that even if we’re not doing an outreach event people can get an information card that talks about Mr. Friendly, and a pin they can wear to show that they are status-friendly folks.