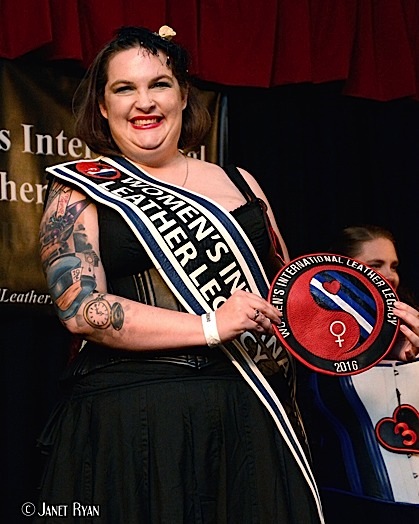 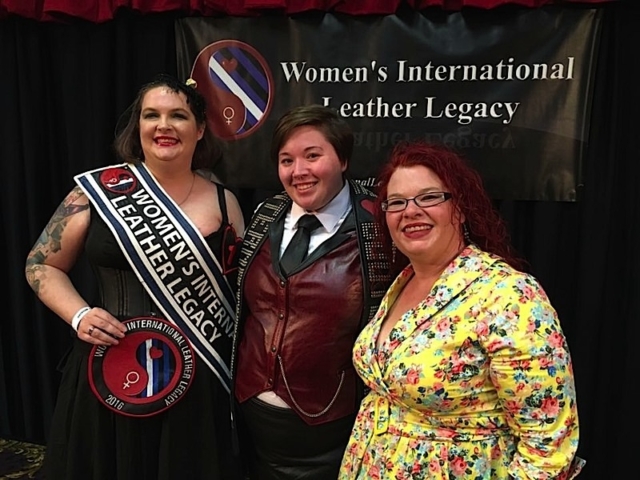 Syn Palmer was named Women’s International Leather Legacy (WILL) 2016 as part of the WILL weekend held Aug. 5-7 in Dallas. Palmer is a member of the Twin City girls of Leather and was named first runner-up to Ms. Minnesota Leather Pride 2016 on April 2 at The Saloon.

This was the sixth year for the Women’s International Leather Legacy title and weekend. The focus of the WILL title is on capturing and preserving women’s leather history. As WILL 2016, Palmer will spend her title year interviewing leatherwomen and then preparing the interviews for inclusion in the Women’s Leather History Project at the Leather Archives & Museum in Chicago. 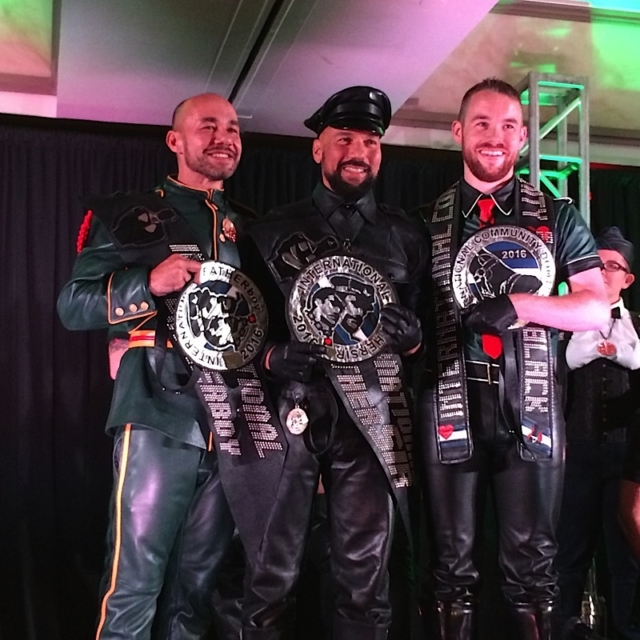 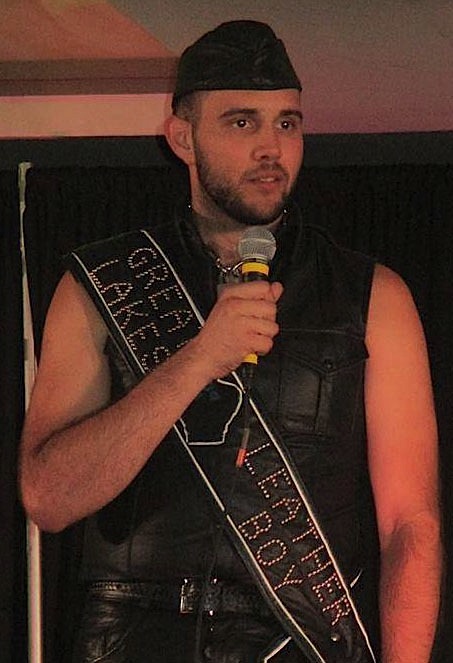 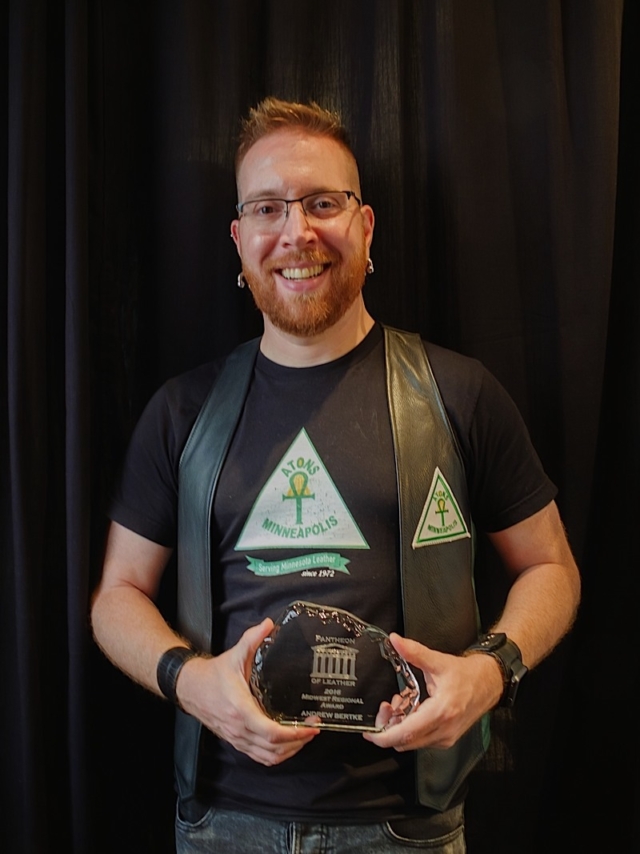 Andrew Bertke, winner of Pantheon’s 2016 Midwest Regional Award, joined the Minnesota leather community in the mid-1990s and has served as a leader, artist, and photographer. Bertke joined the Atons of Minneapolis in 2002 and has served as the club’s president, vice-president, editor, pledge master, and webmaster. An award- winning photographer, Bertke has documented many leather events and contests. He also has created portraits of local and international leather titleholders and other community members. Since 2007, Bertke has been a contributing artist to Minnesota Leather Pride, creating unique dog tags and t-shirts. 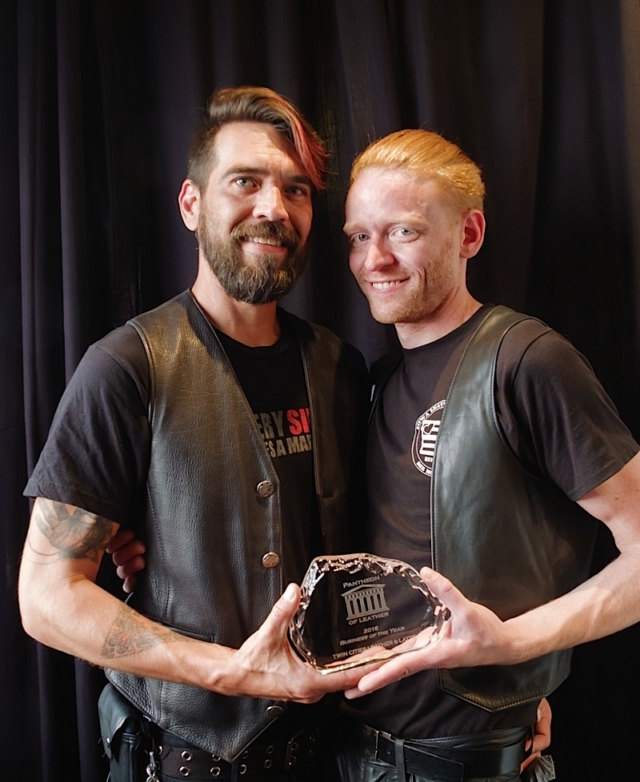 Karri Plowman and Tynan Fox, TCL&L owners, winners of Pantheon of Leather Award for Business of the Year 2016. Photo by Steve Lenius.

Twin Cities Leather & Latte (TCL&L), winner of Pantheon’s 2016 Business of the Year Award, is proud to be the world’s only combination of full-service leather and kink retail shop and coffee shop. More than just a retail store, TCL&L has become a community hub. The shop offers leather clothing with onsite leather tailoring and a wide selection of BDSM/kink-related gear and toys. The full-service cafe offers indoor and outdoor seating and community meeting space for clubs and organizations. The enterprise was founded with a motto of “Community First!” and the store’s owners, Karri Plowman and Tynan Fox, take that motto seriously. 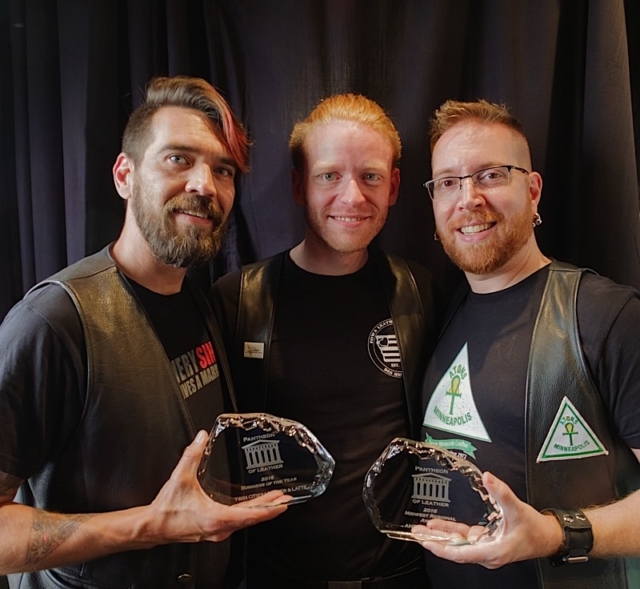