Leather Life: Looking Back, Looking Ahead 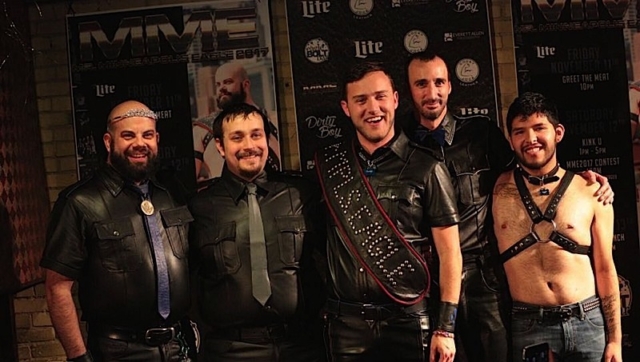 Before 2016 recedes too far in the rearview mirror, here are a few noteworthy leather happenings from the last months of last year.

Many other local and out-of-town current and former leather titleholders also were there for the contest, so many that they wouldn’t all fit on the stage at once.

Also competing for the Mr. Minneapolis Eagle 2017 title were Mike Sletten, Dick Salami, and Teddy Covey, all of whom can be very proud of how they handled themselves as contestants.

Stafford, the new Mr. Minneapolis Eagle, will compete in the International Mr. Leather contest May 25–29, 2017 (Memorial Day weekend) in Chicago. 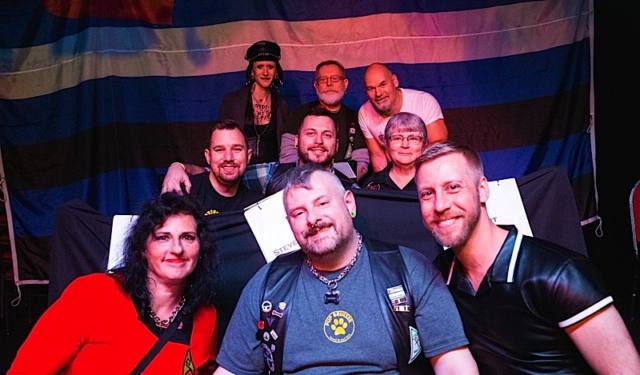 Kinky Squares: Minnesota Leather Pride presented Kinky Squares, an afternoon of fun and fundraising for charity, on Saturday afternoon, Nov. 19, 2016, at The Saloon. After the past two years of “Leather Families Feuding for Charity,” this year the event’s organizers chose another well-known game show to kink-ify.

Your humble columnist was the afternoon’s master of ceremonies, which meant I got to ask questions such as “What fictional species has to have sex every seven years?” (answer: Vulcan) and “In Australia, if you’ve got a stubbie, what might you be holding?” (answer: a 750ml bottle of beer).

The winning team for the afternoon was Twin Cities Leather (playing for YouthLink, “helping young people move from homeless to hopeful”), but that team graciously split their winnings equally with the second-place team, North Star Kennel Club (playing for Secondhand Hounds, an animal rescue organization based in Eden Prairie). 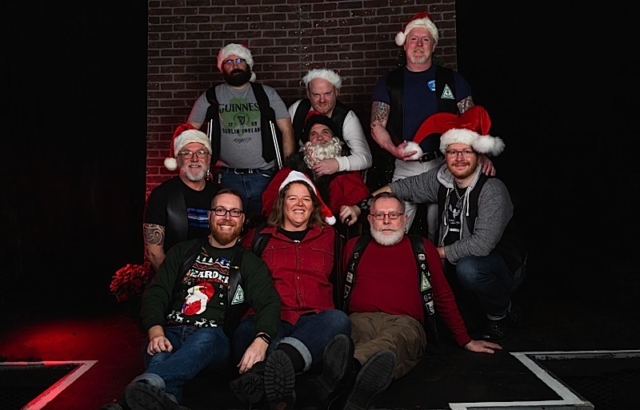 At The Nightmare of Christmas, members of the Atons of Minneapolis surround Kinky Santa. Photo by Andrew Bertke.

The Nightmare of Christmas: The Atons of Minneapolis presented The Nightmare of Christmas, this year’s version of their annual holiday fundraiser, on Saturday evening, Dec. 10, 2016, at The Saloon. The evening, co-chaired by Steven Patton and Karri Plowman (two Atons associate members), was a lighthearted look at the twisted side of the holidays. Plowman told me that he and Patton tried to create a social atmosphere that encouraged mingling and chatting.

There were, of course, photos with Kinky Santa, but in addition, Mrs. Claus presented a bondage demo and Krampus was on hand to do some flogging. There was a (human) puppy petting zoo, raffles for prizes, and festive kinky games. Event attendees were encouraged to bring supplies for St. Stephen’s Street Outreach Program and half the evening’s proceeds benefited YouthLink.

Now, a look ahead: The Mr. Twin Cities Leather contest, including Kink U, is coming up Feb. 17–19 (Presidents’ Day weekend). Visit www.twincitiesleather.com/tcl-weekend-2017 for details.