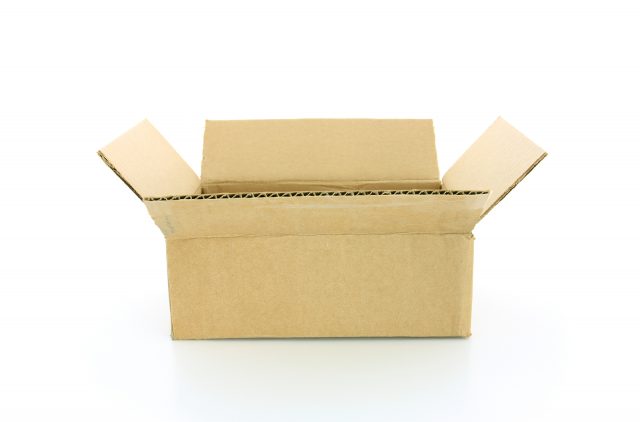 How much leather “stuff” do you have? If you’re new to the leather/BDSM/fetish community, you probably are just starting to collect things and experiences. If you’ve been part of the scene for some time, you probably have accumulated a larger amount of leather stuff. Because I have been hanging around this community for a long time, I have accumulated a lot of leather stuff—and experiences to go with the stuff, and memories prompted by the stuff.

All this thinking about leather “stuff” has been prompted by the fact that after 19 years living in one place, my partner Bill and I recently moved to a new place—during the Christmas and New Year’s holiday season, no less. It was not the ideal way to spend the holidays, but it turned out there was a symbolic connection between the holidays and the process of moving. (Spoiler: Both involve presents.)

When one lives in the same residence for a long time—say, 19 years—one tends to accumulate a lot of stuff. When one is a packrat, as is your humble columnist, one tends to accumulate even more stuff than usual. The process of moving—packing everything in the old place, hauling it to the new place, unpacking it, and trying to figure out where it goes—has been a good way to reacquaint myself with all the stuff I have accumulated over the years. It has made me appreciate both the stuff and the memories that go with that stuff.

At one point it occurred to me that it was perhaps appropriate that this move was happening during the holidays. Unpacking all the boxes, and literally unwrapping everything that had been so carefully wrapped in packing paper and placed in the moving boxes, was a weird but wonderful allegory to the Christmas holiday. Everything I unwrapped became like a present. Boxes and boxes of presents! And the memories that came to mind as I unwrapped each thing were very nice presents as well.

—Trophies, presenter plaques and mementos from various leather club runs and other events. Here is a sword from a Knights of Leather Tournament run. Here’s a wooden paddle signed by the members of the Atons of Minneapolis, a prize from a game at an Atons Gopher run. Here are various door prizes from runs and chili feeds presented by the Black Guard of Minneapolis. And here are mugs with the colors of the gone-but-not-forgotten Minnesota Storm Patrol.

—Leather vests, pants and other clothing—and most of it still fits. Here’s my first leather vest—the first place I wore it was a concert at Orchestra Hall. (A bittersweet memory: The person I attended that concert with is no longer with us.) Here’s my second leather vest, the formal one with the lapels that I bought at the Minnesota State Fair.

—My first pair of boots. My second and third pairs of boots. The tall lumberjack boots that were the wrong size for someone else but the right size for me.

—The heavy chrome metal-mesh belt I found at The Leatherman NYC in New York when I was just starting out in leather. I wore it happily even though it shredded the linings of a leather jacket and a leather vest.

—Leather art, framed and unframed, created by a variety of artists. Here is a black-and-gray-and-white engraving of a barefoot reclining man, wearing a harness and leather pants. I bought it on the patio of the San Francisco Eagle when I was competing in the International Mr. Drummer contest in 1994. It hung over the fireplace mantel in the den in our last place. The new place doesn’t have a fireplace, so I’m not sure where I’m going to put it now. But I’ll find a place.

—The crystal Pantheon of Leather Large Event of the Year award for the Leather Leadership Conference held in the Twin Cities in 2007. I have it because I was head of the local host committee, but it really belongs to everyone on that committee and everyone who helped with the event.

—My IML medallion from when I judged the contest in 2002.

—Books! Books about leather, leatherfolk, leather history, and leather activities and techniques. (Oh, and a few copies of the book I wrote that I just happen to have lying around.)

—Photos! Boxes of photo prints and negatives from the pre-digital era, as well as boxes of CDs, DVDs and hard drives containing thousands of digital photos.

—My collection of run pins and patches going back to the mid-1990s. That box is quite heavy. One of these days I must get those pins out of the box and put them on a denim overlay.

—Magazines! From the days when everything wasn’t online. I don’t have every issue of Drummer ever published, but I have most of them. I also have various copies of Bear, Honcho, The Leather Journal—as well as multiple copies of every issue of Lavender Magazine (645 issues and counting!).

—Ephemera. That’s the five-buck word for posters, program booklets, tickets, and other event-related stuff. If I attended an event, I saved the program booklet, so by now I have quite a collection. I still enjoy going through them and reliving these events. When I’m done with it, I expect it will all go to the Leather Archives & Museum in Chicago.

—Tapes. More specifically, boxes of cassette tapes containing live recordings of many of the leather events I have attended including every International Mr. Leather contest since, I think, 1997. There are also tapes of every interview I have done for this column.

In the not-too-distant future I hope the interview tapes will form the basis of my second book. And again, when I am done with them, they will be added to the collection of the Leather Archives & Museum.

These are a few of the things I have unpacked so far. I’m still unpacking as I write this. I hope I am finished unpacking by the time you read this—but I might not be.