Now, fast-forward four decades. In 2018, during Memorial Day weekend and again in Chicago, the IML weekend celebrated its 40th anniversary. An estimated 18,000 people attended the weekend, and two separate competitions drew 75 contestants. The International Mr. Leather contest was the largest ever, with 71 contestants, while the 26th annual International Mr. Bootblack (IMBB) contest had four contestants.

Minnesota was represented in this year’s IML contest by Sir Randy Ingram-Lile, Mr. Minneapolis Eagle 2018, and Buster, Mr. Twin Cities Leather 2018. Both Minnesota contestants were named Top 20 semifinalists. A large Minnesota and midwestern presence also was seen among both weekend attendees and volunteers.

Both the IML and IMBB contests saw significant changes this year. In a move to increase parity between the two contests, the name of the event henceforth will be the IML Weekend, and the event will include two contests: IML and IMBB. Other changes involve introducing bootblack contestants alongside IML contestants, and including bootblack contestants in many of the weekend’s behind-the-scenes contestant events and gatherings. The IMBB contest gained a new coordinator (Jeremy Morris, from Des Moines, Iowa) and a new logo designed by Twin Cities–based designer and photographer Andrew Bertke.

This year’s IML weekend was the first since the passing of Chuck Renslow, IML’s legendary founder. A respectful display at the IML Leather Market featured documents and artifacts from Renslow’s life.

Throughout the weekend, Renslow’s traditional speaking opportunities were handled by Jon Krongaard, President of International Mr. Leather. During the weekend, Krongaard detailed Renslow’s final legacy to the leather community: the IML weekend will continue under the ownership of the Renslow Charitable Trust and will become a fixed and direct funding source for the Leather Archives & Museum.

This year’s IML weekend was the most international ever, with contestants from 14 countries in North and South America, Europe and the Middle East. Fully, 25 percent of this year’s contestants were from outside the United States. For the first time, contestant announcements and questions throughout the weekend were translated into the eight languages spoken by the contestants.

All official contest events were held at the Auditorium Theater of Roosevelt University. The host hotel, and site of the Bootblack competition and Leather Market, was the Congress Plaza.

Thursday evening’s opening ceremonies and contestant introduction were unusual in that the audience joined the contestants on the stage of the theater. Audience members were seated in chairs facing the auditorium, giving them a contestant’s-eye view of the huge and magnificent space. Friday evening’s Flashback event, held at the host hotel, took the place of the titleholder roasts of previous years. Outgoing titleholders Ralph Bruneau, International Mr. Leather 2017, and Ryan “Pawlish” Garner-Carpenter, International Mr. Bootblack 2017, had a chance to hear and share stories from their title year. Ryan Coit, Mr. Twin Cities Leather 2017 and Twin Cities–based photographer, was one of the speakers who offered reminiscences at Flashback.

On Saturday afternoon, the Titans of the Midwest presented four Kink U educational sessions, including “Photographing the Community,” a panel discussion featuring photographers Bertke and Coit along with Carmelle La Sirena, Bayard Matty and D.S. Trumbull, who also moderated the discussion.

Saturday evening’s Pecs and Personality Physique Prejudging portion of the contest saw not one but two contestants perform acrobatic backflips across the stage. (One of the backflippers, a choreographer, would become the new IML titleholder the next evening.)

Sunday evening’s contest and show was filled with many memorable moments. Outgoing IML 2017 titleholder Ralph Bruneau sang his farewell (“Remember Me,” originally sung by Diana Ross) in a lavishly produced music video. Another touching video presentation was “The Legacy of Chuck Renslow,” which was preceded by almost every member of the IML organization being brought to the stage.

For the evening’s third special presentation, fourteen previous IML titleholders (including David Kloss, who won the first IML contest 40 years ago in 1979), were brought onstage as a prelude to “40 Years of IML,” a video presentation with photos, video and audio of all 39 past IML titleholders.

The audience greeted the announcement of Lee as the new IML with loud and joyful pandemonium. So many people were screaming and jumping up and down with excitement that I could feel the floor of the theater shake.

And somewhere, Chuck Renslow was watching and smiling in approval. 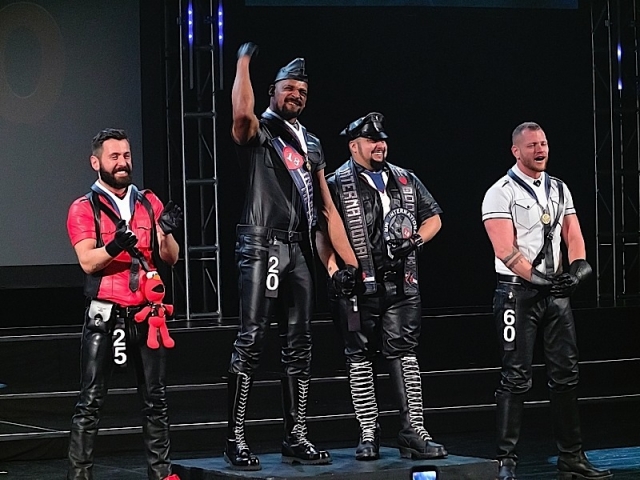 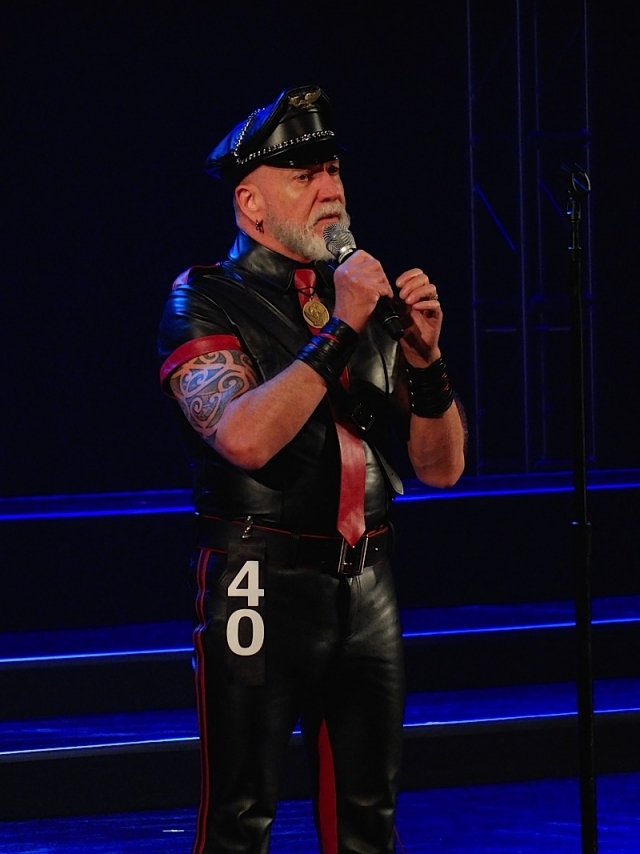 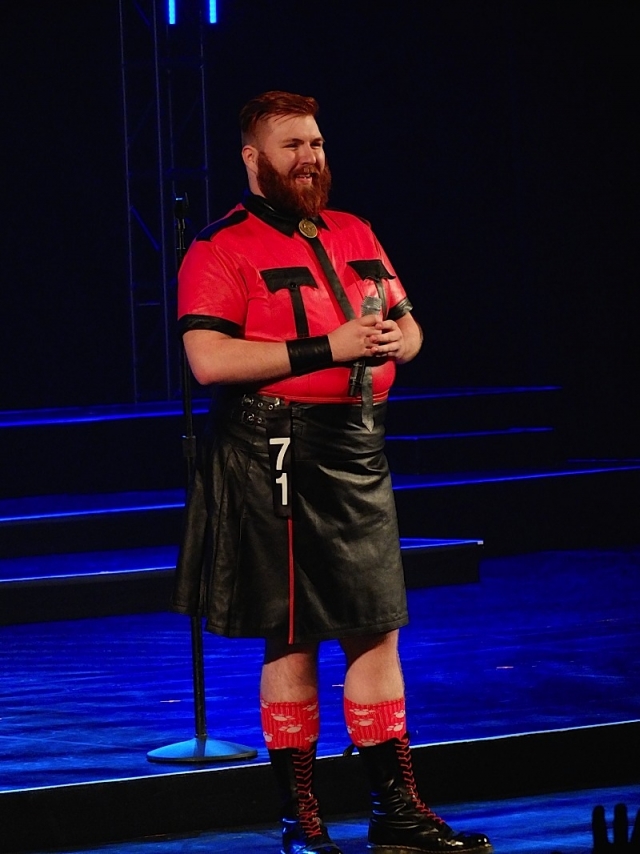