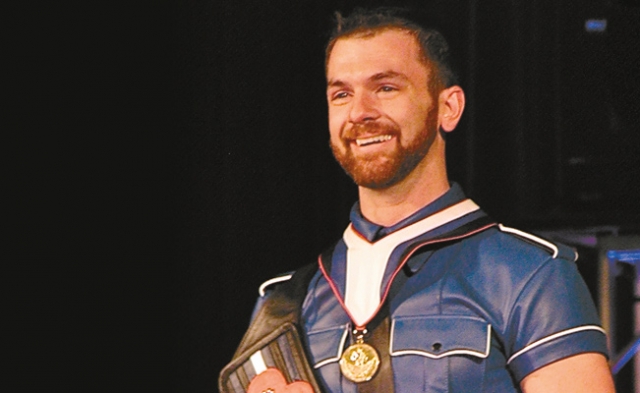 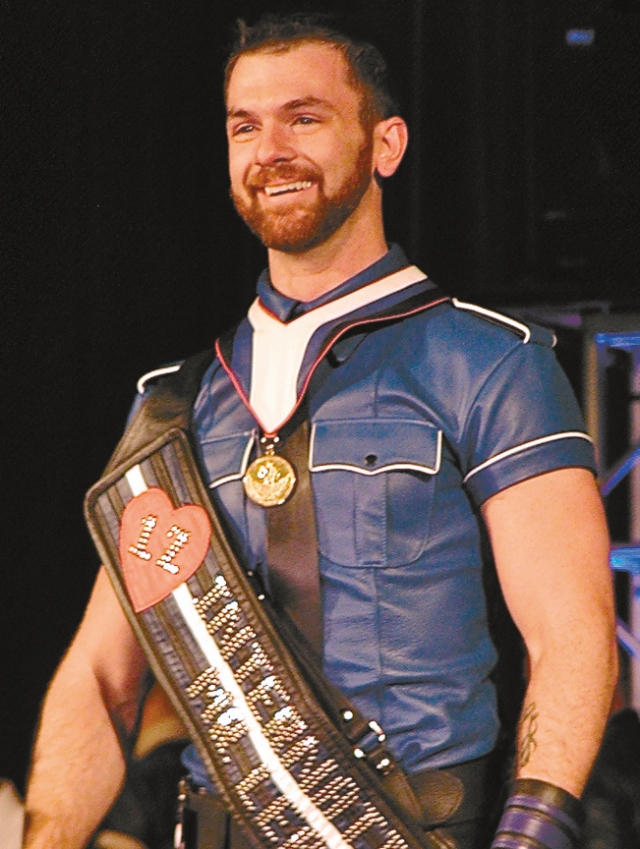 Your humble columnist has traveled to Chicago for the International Mr. Leather (IML) contest every Memorial Day weekend since 1994. Every year brings a new group of contestants, judges, and vendors in the Leather Market, mixed with long-standing traditions and longtime friends. Here are my notes on the 2012 edition of the International Mr. Leather weekend, which ran from Thursday, May 24, through Monday, May 28.

Friday, noon: The Leather Market opens—over 100 vendors, many of them occupying bigger spaces than they have in previous years. The Market is packed, and many people are carrying purchases. The economy must be improving.

And there’s much more: Scavenged bricks from the recently demolished Gold Coast Bar (501 N. Clark St.), for many years the home bar of IML, are presented to former Gold Coast owner (and IML founder) Chuck Renslow. The Jeffrey Payne Lifetime Achievement Award is presented to Dave Rhodes, publisher of The Leather Journal. Mona Noriega, a commissioner with the Chicago Commission on Human Relations, welcomes everyone to Chicago and congratulates the two couples who will be “civil unioned” (!) during the IML weekend. The co-emcees for the weekend, Karen Ultra and John Pendal, International Mr. Leather 2003, keep things moving at a brisk and entertaining pace.

Friday evening, later: The hotel is in full party mode, and major eye candy is everywhere. One ballroom is filled with men in singlets and other athletic gear, while in another ballroom the dance music pounds and the crowd sweats at the San Francisco party.

Saturday: On the schedule are caucuses and receptions for Windy City Boys Troop, Chicago Hellfire Club, Leather Archives & Museum, International Ms Leather, People of Color in Leather, and one of several Leather Recovery meetings. And there’s always shopping at the Leather Market.

Saturday evening: It’s time for Pecs & Personality, where the contestants wear as little as possible while being as funny, sexy and entertaining as possible. It’s fun watching co-emcees Ultra and Pendal put the contestants through their paces, and the surprise questions asked of each contestant elicit some great answers. But I notice more than a few of the contestants looking back at the emcees while they answer their question instead of addressing their answers to the audience, which would be more effective. Future IML contestants, take note.

Sunday afternoon: It’s the weekend’s big event, the 34th annual International Mr. Leather Contest and Show. After an opening number by talented cabaret artist Sharon McNight (among her many CDs is Songs to Offend Almost Everyone), the contestants are introduced; the judges and tally-masters are introduced; there is a touching tribute to the late RJ Chaffin, who for many years ran the IML Leather Market; and then leather columnist Vern Stewart (taking over from the late Marcus Hernandez, also a leather columnist) announces the Top 20 Finalists. Derek Harley, Mr. Minneapolis Eagle 2012, is the nineteenth finalist announced, and there are loud cheers from the large Twin Cities contingent in the audience.