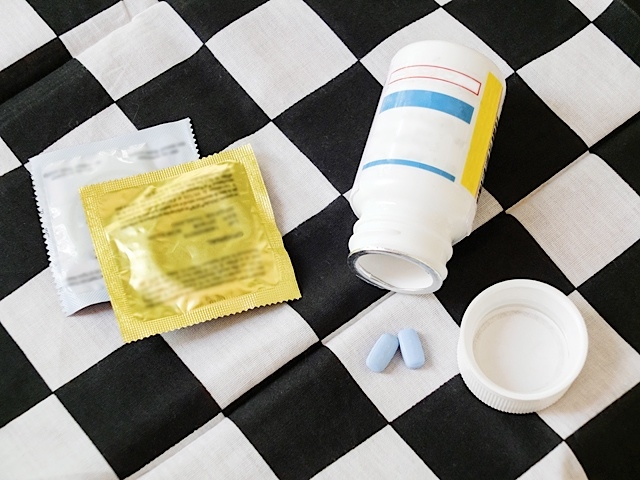 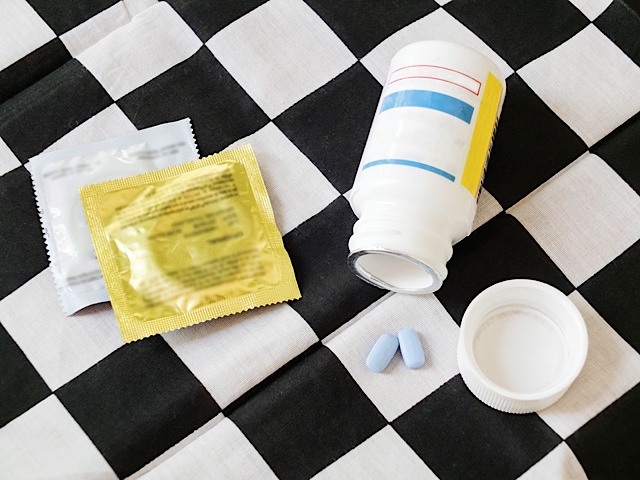 It was a perfect summer evening, and I was spending it most enjoyably on the recently expanded patio of the eagleBolt Bar in Minneapolis. The occasion was a cigar smoking party presented by the Atons of Minneapolis. The evening got even better when I saw something I seldom see: someone who, like me, was wearing a black and white checked hankie in the back pocket of his jeans.

I also learned that a hankie with a pattern of black and white checks is not quite the same as the other hankies because it doesn’t indicate an interest in a specific activity or fetish. Rather, it indicates an commitment to safer sex practices, whatever the specific activity may be.

I made a decision back then that, no matter what other color hankie I might be wearing, whenever I was at a leather bar or event I would always have a black and white checked hankie in my back pocket.

Remember, this was in 1993. HIV infection was still considered a death sentence. Most modern anti-HIV drugs did not yet exist. The main tools we had at our disposal to prevent HIV transmission were condoms, dental dams, and other barriers. In 1993 we equated “safety” with “condoms” because they were all we had in the fight against HIV. (Well, to tell the truth, there was another safety strategy that some men adopted to prevent HIV transmission: abstinence.)

Over the years since 1993, while I have been pretty sure I was not the only person who was concerned with safety, I have observed that at any given leather gathering I usually have been the only person flagging black and white checked. Now, in 2017, on the patio of the eagleBolt Bar, a much younger person also was flagging black and white checked—a person too young to have lived through the AIDS epidemic of the 1980s and 1990s.

That got me thinking—and questioning. What does a black and white checked hankie mean in 2017? Does it mean today what it meant in 1993?

The meaning of most of the other hankie colors has not changed over time; some hankie colors or patterns have been added in the last 25 years, but once established, the meaning of the hankie colors has been reasonably stable. But because of recent advances in medical technology, including the availability of PrEP (pre-exposure prophylaxis) as a defense against HIV transmission, I found myself wondering if I needed to rethink the symbolism of the black and white checked hankie.

On further reflection, my answer is yes—and no. Yes, the possibilities and options for safer sex have increased. A proper PrEP regimen offers protection against HIV transmission even if bodily fluids are exchanged during sex. That’s a big and long-awaited advance.

And here’s one more thing that has not changed with the passing years: by flagging black and white checked, a person is still saying they are conscious of and committed to safety. And that’s always good to see.