On Sept. 12, 2019, the eagleBOLTbar posted on Facebook that “Due to personal and professional commitments, the producer of the Mr Minneapolis Eagle Contest has decided to step down. With this departure, the eagleBOLTbar has decided to retire the contest and the title.” (The bar had hosted its 21st-birthday celebration five days earlier, on Sept. 7.) 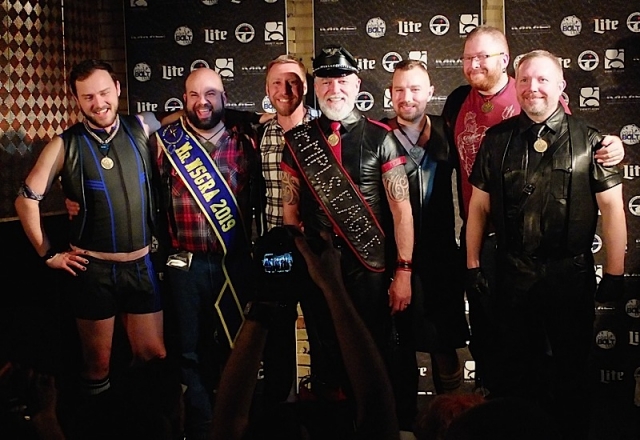 With its first contest taking place in 1999, MME was Minnesota’s longest-running leather title. Over the years, 87 men have competed in the contest and nineteen men have held the MME title. For its first years, through 2003, the contest was held in The Minneapolis Eagle bar space, as the bar was known at the time. In 2004, the contest moved to the then-new Bolt bar space next door to the Eagle, and the contest in subsequent years was held either in the Bolt or in the Bolt Underground.

The contest was not held in 2008 because, in spite of the bar’s best efforts, a sufficient number of contestants could not be found. (This spurred the creation of the Mr. Twin Cities Leather contest and title, more on that later.) The MME contest resumed in 2009, skipped 2010, resumed again in 2011, and continued until what turned out to be the final contest in 2018 for the MME 2019 title.

The eagleBOLTbar’s announcement concluded by saying, “Finally we wish to thank all who have competed and worked to make this contest a success.”

Five days after the MME announcement, on Sept. 16, Twin Cities Leather & Latte (TCL&L) announced that Sept. 30 would be its last day of business. By the time you read this, TCL&L will be history.

TCL&L’s posting on Facebook read, “After 7 years of service to you, Twin Cities Leather & Latte is sad to say it’s time to move on. The café will be closing at the end of the month. It’s been our pleasure to serve the local communities and be the hub of leather and kink for the Twin Cities and Upper Midwest. However, continual disagreements with our landlord, changes in City regulations, loss of parking, and frankly, just plain exhaustion on the part of the owners necessitate a change.” 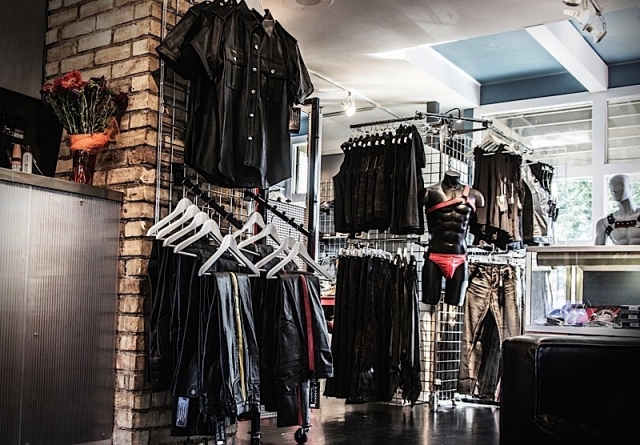 TCL&L’s motto since its inception has always been “Community First.” In an interview for this column with Karri Plowman and Tynan Fox, co-owners of TCL&L, Plowman mentioned a few of TCL&L’s many contributions to the community: “To my knowledge, the largest individual clothing donation to YouthLink was from the leather community—almost 80 bags, which we’ve always collected here. Quatrefoil Library has met here to promote itself. Outfront Minnesota has done domestic abuse outreach here. We hosted Narcan training and consent discussions. And there’s the formation of so many clubs for our trans community that happened here because people started to converse.” (In addition to Plowman and Fox, Luke Wallrich was a third partner during the early years of the business.)

Because TCL&L had become a favored meeting space for groups in both the twelve-step recovery and leather/BDSM/fetish/kink communities, the closing of the space will displace about 30 groups with attendance at a meeting ranging from 5 or 6 people to 35 to 60 people. 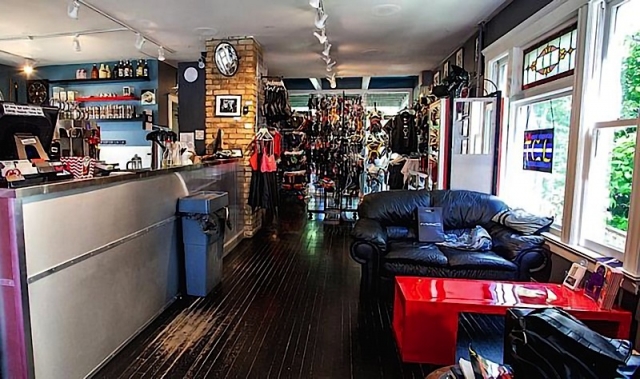 With the announcement of the closing the community has been using social media to show its appreciation for TCL&L. Plowman was touched, saying, “The number of people that were posting—that did get me choked up. ‘I met my wife there.’ ‘I met my husband there.’ ‘Our first date was there.’ ‘I got sober because of that place.’” Plowman continued, “One of the things they don’t tell you about owning a gay business: by my count, we’ve had 22 customers who have passed away since we’ve been open these seven years. I can’t remember all of their names, but I can tell you their drink order. I’ll never forget those people.”

Fox was philosophical about TCL&L’s closing: “I mean, it’s sad. It’s very sad—like, certainly not the way I wanted it. But it’s time.” Fox also said he had no regrets about the seven years he spent nurturing TCL&L: “If I could go back in time, and see myself when I was 25 years old, I would still tell myself to go for it. I don’t regret doing this at all. It was a wild ride.”

The TCL&L closing announcement noted that the Mr. Twin Cities Leather contest, which started in 2008 when The Minneapolis Eagle was unable to present a Mr. Minneapolis Eagle contest that year, will continue “to ensure the Twin Cities still has a contest for its community champions.” The announcement continued, “A version of TCL’s custom gear and leather products will continue online, at pop-ups, and with a new space in the future.” The announcement concluded, “For a brief time, we had a space where we could always be our authentic selves with no repercussions. Let’s remember the love and not dwell on the loss.”

Unfortunately, nothing lasts forever. Things change. Communities change. Things run their course and then they’re gone. It’s sad to see these two community institutions disappear. But I am grateful that both the Mr. Minneapolis Eagle contest and Twin Cities Leather & Latte were a part of our community for as long as they were.