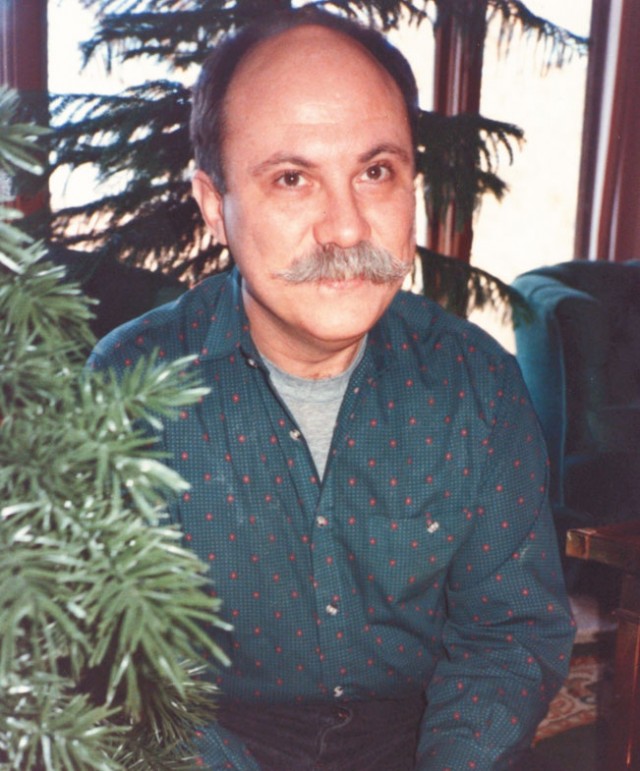 Clark Bufkin, a notable GLBT-community activist, publisher, and former member of the Atons of Minneapolis, passed away suddenly on Jan. 13 in Palm Springs, Calif. Bufkin leaves an enduring and many-faceted legacy to the Twin Cities GLBT community.

Clark Cato Bufkin was born May 29, 1947, in Dallas, Texas, and was raised in Port Royal/Beaufort, S.C. by his mother, Mildred, and by his grandmother, who ran the guest quarters at Paris Island Marine Corps Depot. At age 11, Bufkin told his mother he was gay, and at age 14, he was picking up Marines at Paris Island.

As a young adult Bufkin lived in Savannah, Charleston, Atlanta, Norfolk, New York, and Washington, D.C., working first as a hairdresser and then as a corporate manager of beauty salons in department stores. His corporate position eventually took him to Des Moines, where he moved with his partner Joe Miller. In 1977 the two men moved to Minneapolis.

Once in Minneapolis, Bufkin changed careers and in 1980 became the area’s first openly gay real estate agent who actively marketed to gay/lesbian clients. For many years he remained a prominent and successful real estate agent, and eventually he opened his own brokerage.

Much of Bufkin’s considerable social and political activism dovetailed with his career as a businessman. In 1981, he co-founded the Northland Business Association (NBA), the area’s first “gay chamber of commerce,” which was active until 1988. Bufkin later wrote that he co-founded NBA because his clients “would ask me who they could contact for other professional services. Gay and lesbian business people needed to talk to each other, and I found we could help each other.” He was also on the board of the National Association of Business Councils, an umbrella organization of local gay business associations.

Building on his Northland Business Association contacts, in 1982 Bufkin was instrumental in starting Equal Time, a GLBT newspaper that was published until 1994. Ten years later, he became involved in publishing again: in 1992 he bought Gaze, another Twin Cities-based GLBT newspaper, from Brad Theissen. Bufkin transformed the publication into Gaze Magazine, which he published until May 1995. (Before being published in Lavender Magazine, your humble columnist had several articles published in Gaze.)

While never running for public office himself, Bufkin worked on the election campaign of his friend Brian Coyle, who in 1983 became the first openly gay city council member in Minneapolis. In the words of his former partner, Steve Johnson, “At a time when many in the gay community were either highly closeted or in-your-face radical activists, Clark was often sought out by local political leaders as someone you could have effective dialogue with; he was also frequently quoted by the mainstream press as a spokesperson for the gay/lesbian community, and did numerous television and radio interviews.”

Bufkin was a board member of the Minnesota Committee for Gay and Lesbian Rights (MCGLR) in the early 1980s; was the first board chair of the (reorganized) Gay and Lesbian Community Action Council (GLCAC, now OutFront Minnesota) from 1986 to 1989; and was a founding co-chair in 1987 and 1988 of the Twin Cities Gay/Lesbian Pride Committee, the organization known today as Twin Cities Pride. Bufkin was one of the Twin Cities Pride Parade’s Grand Marshals in 1992, an honor he shared that year with human-rights activist B.J. Metzger.

From 1981 to 1993, Bufkin was a member of the Atons of Minneapolis; he served as the club’s president in 1988 and 1989. In 1994 he founded MN Bears, which has since merged with North Country Bears. In 1995 he achieved a trifecta of sorts when he was named Bear of the Year by American Bear Magazine, was awarded the title of International Mr. Daddy Bear at the International Bear Rendezvous in San Francisco, and won a Polar Bear title at a contest in Chicago. He was an active member of All God’s Children Metropolitan Community Church in Minneapolis and served on its Board of Directors, as well as being interim pastor for eighteen months in 1992 and 1993.

Bufkin relocated to California in 1995, moving first to San Francisco and later to Palm Springs/Cathedral City. He worked in the mortgage banking industry until his retirement two years ago. He is survived by his older brother Rusty and his nephew Emmitt, former partners Shawn Janes, John Nettleton, Steve Johnson and Jack Gilmer, and by his canine companions. He was preceded in death by his mother in 1981 and by Joe Miller in 2009.