Friday evening’s traditional Meet & Greet was followed by SpANK, a special leather edition of The Saloon’s popular Tank night. Saturday afternoon was devoted to Kink U educational events presented by the Titans of the Midwest: a panel discussion on people of color in the leather/BDSM/fetish community (see sidebar), followed by classes on impact play; a ball dance; navigating sex with transgender partners; and a puppy mosh.

Saturday evening’s contest and show was co-emceed by Karri Plowman and drag diva Bad Karma. The weekend’s five contestants each, in their speeches and talent-portion performances, shared their stories and bared their souls to an uncommon degree. At the end of the evening, Buster was sashed as the new Mr. Twin Cities Leather 2018.

At Sunday’s Victory Brunch, which was catered by The Nicollet Diner, the Robert “Bobbie” Smith Community First! Award was presented to Holly Kraft, a tireless behind-the-scenes community worker who is the new board chair of Minnesota Leather Pride. 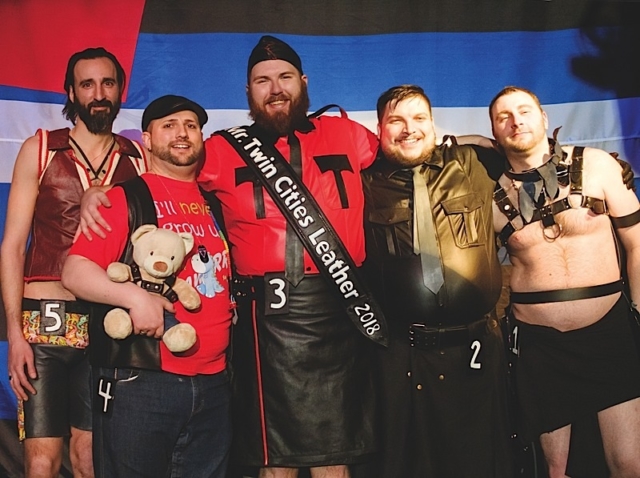 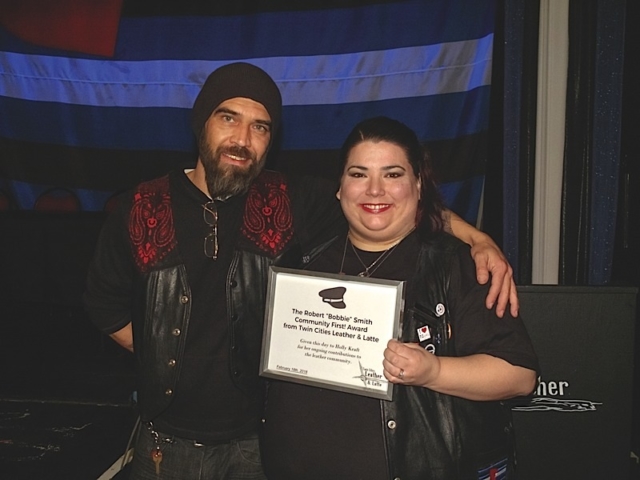 SIDEBAR: People of Color Speak Out

One overarching theme of the Mr. Twin Cities Leather 2018 weekend was community diversity. Outgoing Mr. Twin Cities Leather 2017 Ryan Coit created photographs for the weekend’s promotional materials that featured many different skin colors. Many different skin colors and ethnicities also could be seen on the contest’s judging panel and in the audience.

Saturday afternoon’s Kink U classes got started with a panel discussion on what people of color (POC) want non-POCs to know. Panelists were from California, Iowa, Florida, Washington, D.C., and the Twin Cities.

These pressures are especially exhausting for people of color when they are the token POC at an event, invited in the name of “diversity.” True diversity is more than one. A mix of skin colors and ethnicities, as was seen at this year’s Mr. TCL weekend, allows everyone to be themselves, celebrate, and have fun, rather than having to do the emotional and physical work of representing.

One thing white people can do for people of color is to empathize with them and speak up for them. Someone who says or does something racist, whether casual or overt, might not listen to protests from a person of color, but they might listen to the same protests from a white person.

White people need to accept that there is such a thing as white privilege, and that they have that privilege and benefit from it. In the words of panel moderator Steven Patton, “Until you understand and accept your role in white privilege, you really can’t do anything to dismantle it and help anybody else.”

A question from the audience asked if we could not all just enjoy each other as fellow human beings, irrespective of skin color, and not judge one another. Rod McCoy’s response was that because of differences in skin color, gender, gender identity, sexual orientation, or even HIV status, people are treated in ways that are less than human. And that is why we need to have these conversations. Ivan Nunez further commented that, while humanity can be seen as a great unifying factor, humanity is also about the incredible differences and variety among us, and celebrating those differences. 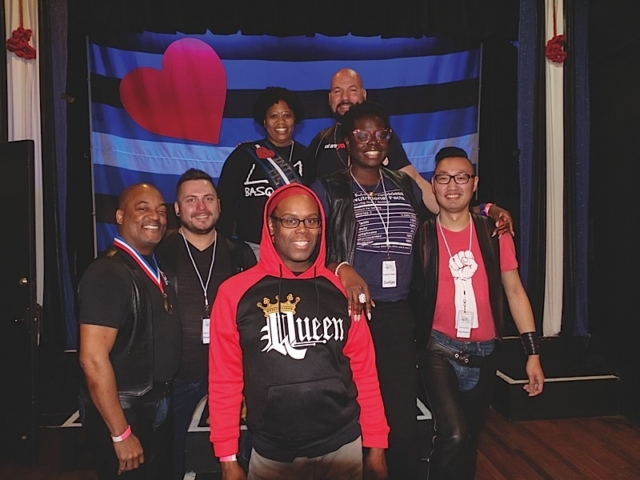