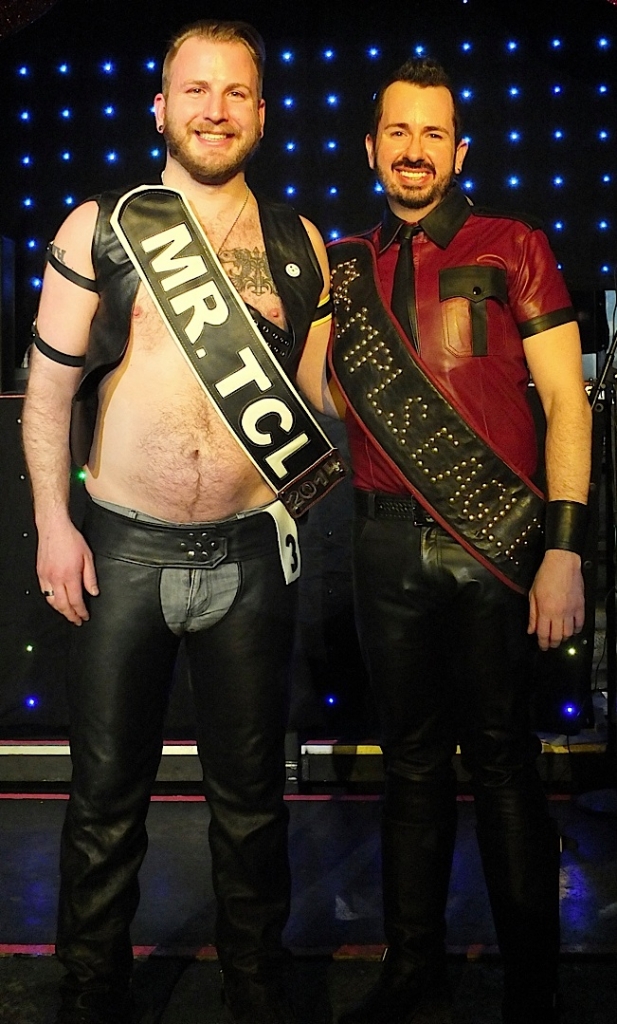 Jason Little and Greg Menzel will be representing Minnesota (as Mr. Minneapolis Eagle 2014 and Mr. Twin Cities Leather 2014, respectively) in this year’s International Mr. Leather (IML) Contest, Memorial Day weekend in Chicago. I recently had a chance to ask them a few questions.

What attracted you to leather?

Jason Little: A few experiences in college that I didn’t know at the time were necessarily kinky, but looking at them, they were pretty darn kinky. So I really was already into kink before I made the association between kink and leather. And then when I went to the Eagle, that sense of community and mutual respect and trust really hooked me.

Greg Menzel: I’ve always liked leather, just the look, the smell, the feel of it. Even as a kid, going into Wilson’s Leather and smelling the store was one of my favorite things. As for the community, the whole sense of brotherhood is really important—same thing that attracted me to the ideal of the Greek system when I was at college.

How are you preparing for IML?

JL: Practice, practice, practice! Practicing interview questions for the onstage interview and the offstage interview. Getting all the things I need to look right onstage. Going to the gym. Trying to connect with as many people as possible who have had some of the experiences that I’m going to go through, to ask them what advice they have for me.

GM: I’ve been trying to read as much as possible and getting all my gear ready. And I’m absolutely terrified of talking on stage so I’ve been talking to some people about that.

What do you want to accomplish with your title this year?

GM: My goal was getting myself more involved, and then seeing if there are ways to bring communities together more. You’ve got a lot of young people, and then you’ve got some of the Old Guard, and there doesn’t seem to be a lot of conversation between the two groups. Some people are a little afraid to walk into an Old Guard kind of group. I know I was intimidated sometimes. But as I put myself out there more, it was easier to find people who were willing to talk and help, and I want to see if there’s something I can do to be a part of that.

What are your thoughts now as you look forward to the upcoming IML contest weekend?

JL: My first time at IML I made so many lifelong-level friendships that I remember it was really hard for me to leave. I know that this year’s going to be a very different experience because of how busy I’m going to be. But at the same time I’m so excited to see those friends I’ve made before, and to make even more friends and more connections.

For more details about the IML contest weekend, visit www.imrl.com.