The weekend started with a Greet-the-Meat party Friday evening in the Minneapolis Eagle. On Saturday afternoon the contestants had their private interviews with the judges, while other weekend attendees enjoyed a Kink U session discussing “Kink on a Budget.” 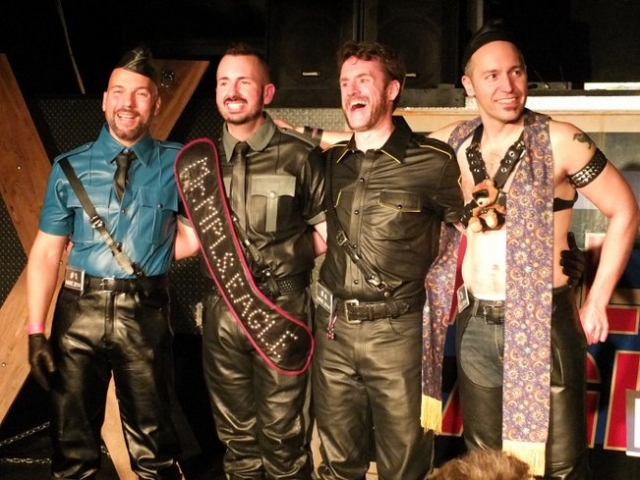 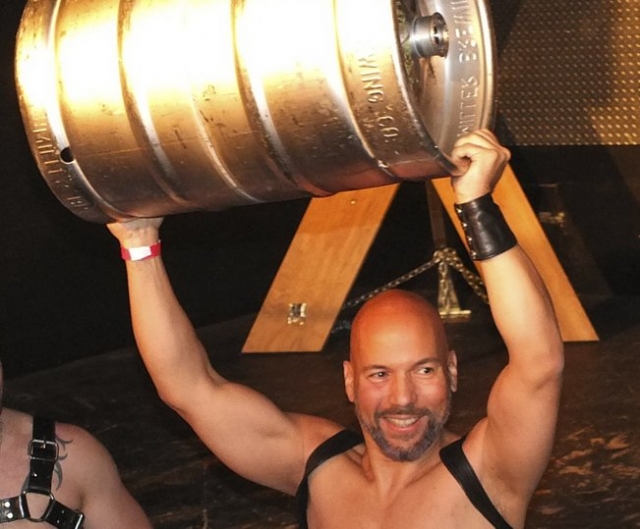 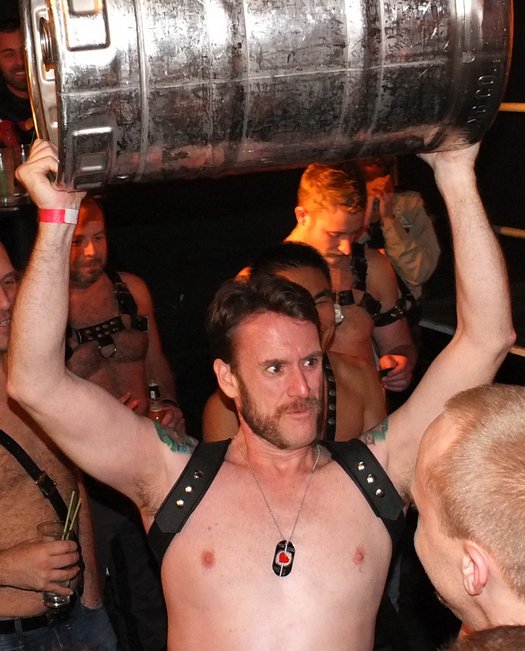 Tim Hotchkin during the Keg Walk. Photo by Steve Lenius. 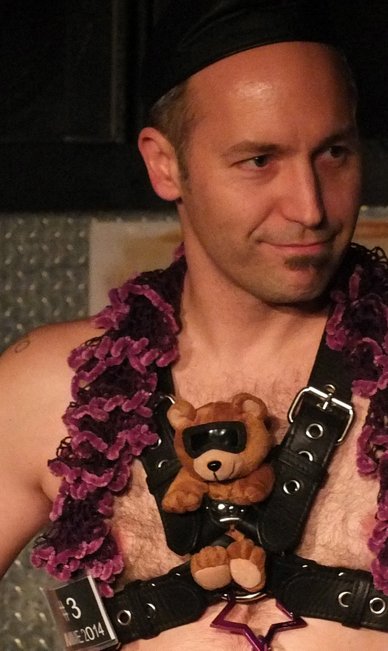 Bernd Geels during the Question-and-Answer portion of the contest. Photo by Steve Lenius. 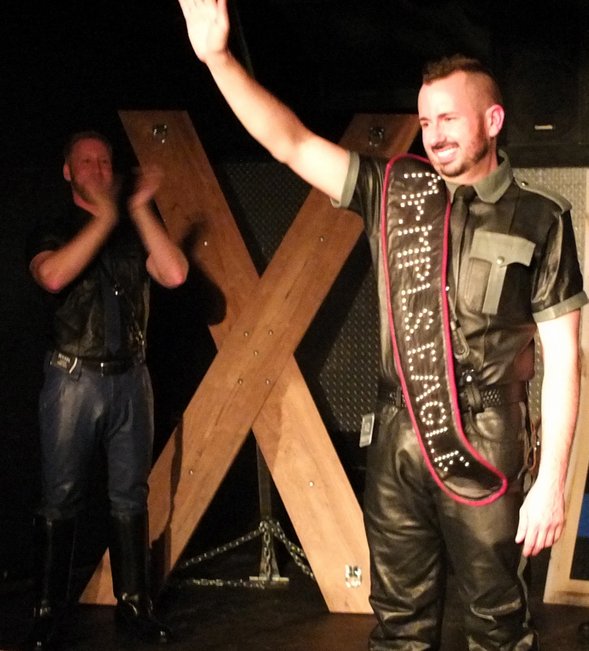 Jason Little, the new Mr. Minneapolis Eagle 2014, waves to the crowd as his predecessor, Ryan Brown, watches from the wings. Photo by Steve Lenius.