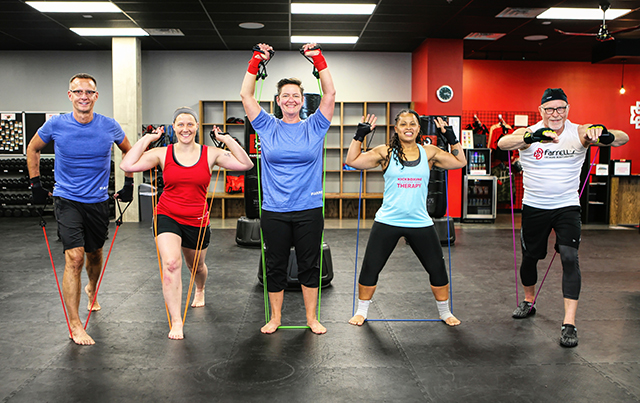 Casey Bloemke, owner and head coach of the North Loop’s Farrell’s eXtreme Bodyshaping, shares how he gets clients the results they want.

Ten weeks might sound like a long time, but it goes by quickly when you have the kind of community that can be found at Farrell’s eXtreme Bodyshaping. With locations in the North Loop and St. Paul, Farrell’s eXtreme Bodyshaping offers clients a variety of classes and seminars including cardio kickboxing to build endurance, strength training to build lean muscle and burn fat, and nutritional guidance and coaching to properly fuel your body.

“One of the things that I think makes our gyms unique is that the majority of our team wasn’t always healthy. It was through our own participation in the program that we learned just how transformative Farrell’s can be. Our number one priority is creating a positive and inclusive community where people share a common goal: fitness,” says Casey Bloemke, owner and head coach of the North Loop location.

But what really put Farrell’s eXtreme Bodyshaping on the map is the Farrell’s 10-Week Challenge. 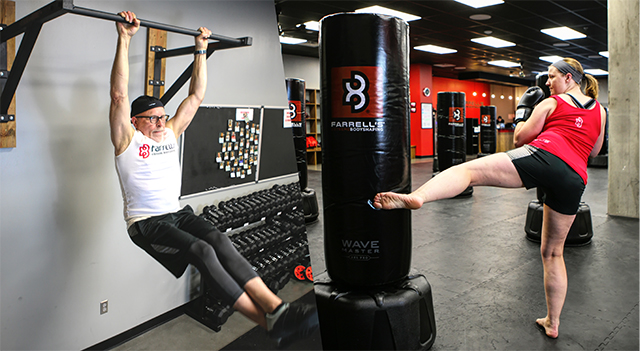 “The Farrell’s 10-Week Challenge is how most people come to know and love Farrell’s! By breaking the program down into four seasonal 10-week challenges (for which we enroll people year-round), it allows the coaches and instructors to introduce new members to the workout techniques and proper form (to prevent injuries),” Bloemke says. “It also allows us to provide new members with an orientation day, where we collect their baseline measurements and provide a very basic nutrition overview to get them started. At the end of the 10-week program, we repeat the same measurements as we did on the first day so that we can understand which member saw the biggest transformation in their before and after results—this person wins a $1,000 cash prize!”

If $1,000 isn’t enough of an incentive to get you to the gym, perhaps the inclusivity of Farrell’s is. Bloemke says they demonstrate their commitment to making everyone feel welcome by having a booth at the Pride Festival, using the pronouns members prefer, and displaying GLBT-supportive media in the gym.

Some of Bloemke’s GLBT clients say the welcoming environment of Farrell’s is a reason why they’re members. Sami Kleiner says one of her friends was doing the 10-week challenge and recommended it, so she decided to give it a try.

“There have been large impacts both physically and beyond! Physically, I’ve lost body fat, gained muscle, and become more toned. I’m lifting heavier than when I first started. My clothes fit better, and I have more energy. As for other impacts, there are many. I’ve met so many amazing people and done things I never would’ve in the past, such as Rugged Maniac (an obstacle/mud run 5K),” she says. 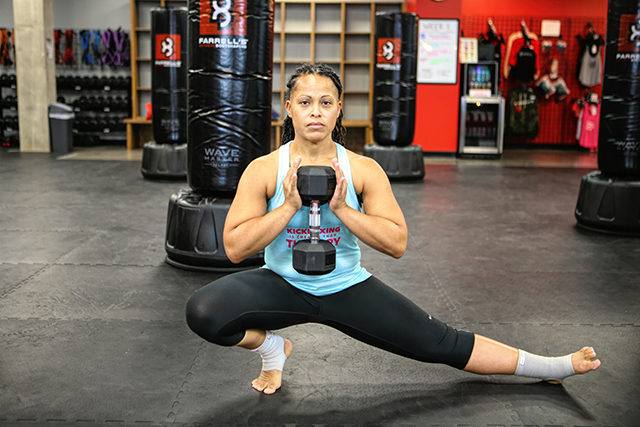 But Kleiner says what really got her was the “Rainbow Theme Day” that they had in class during Pride Week. “It was overwhelmingly heartening how decked out people got in their rainbow stuff to show support. That speaks a lot about how Casey and his team run the place and the kind of wonderful people who work out at NOLO,” Kleiner says.

Like Kleiner, Brian Madson joined Farrell’s at the recommendation of some friends. He then met Bloemke at the Farrell’s Pride booth, and he invited him to one of his classes.

“I am so glad I did. I remember seeing Pride FXB stickers and decals when I walked in on my first day, and it made me smile,” Madson says. “I also met a group of the members at the Pride Beer Dabbler of Pride. They recognized me and were so welcoming and supportive.”

Previously, Madson had experience as a marathon runner and had even hired a personal trainer, but nothing compared to his experience with Bloemke.

“I have never had the results I have had in three months at FXB. I love how everyone is committed to living healthier lives and having fun,” he says. “The rotation of kickboxing one day and then strength training the next adds a lot of variety to your workouts.”

Another one of Bloemke’s GLBT clients is Mark Laliberte, who was first introduced to Farrell’s by his sister. In addition to physical fitness, Laliberte says his time with Bloemke has improved his eating habits.

“Farrell’s nutrition coaching has given me a whole new attitude on how and what I eat. Food prep is so important and makes it easy to stay on track with healthy eating,” he says.

Laliberte says everyone at Farrell’s is able to come together with similar goals, and they all want everyone to progress and achieve those goals.

“Farrell’s is more than a gym, it’s a community you can count on. It feels like family, and the support is wonderful. ‘Together we will all get there’ is the attitude,” he adds.