Leading by Example in Southeastern Minnesota 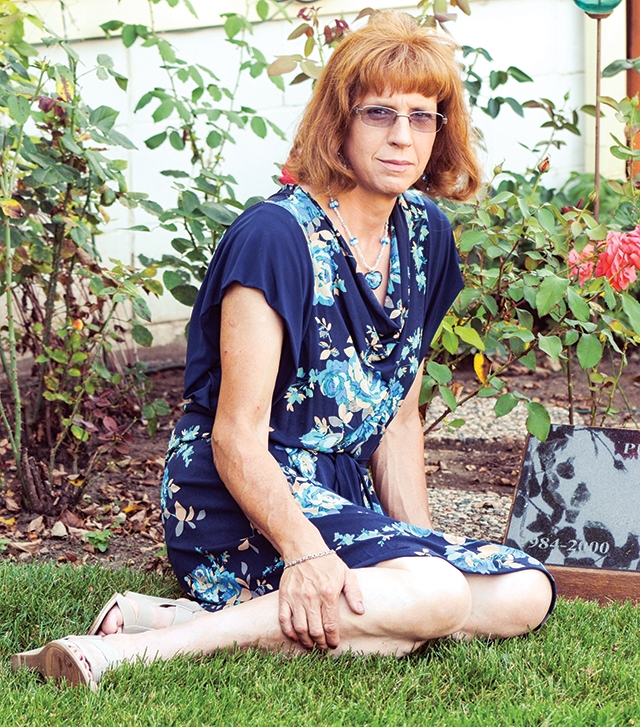 “I would like to see the group get so big that it would have to split into two.”

Voicing that aspiration was Maddy*, a thirty-year-old transwoman who lives in Stewartville, a town of nearly 6,000 located just south of Rochester. Maddy was talking about a transgender and gender non-conforming support group that she and Kayla Goetzman, a native of Rochester, founded in the fall of 2013. 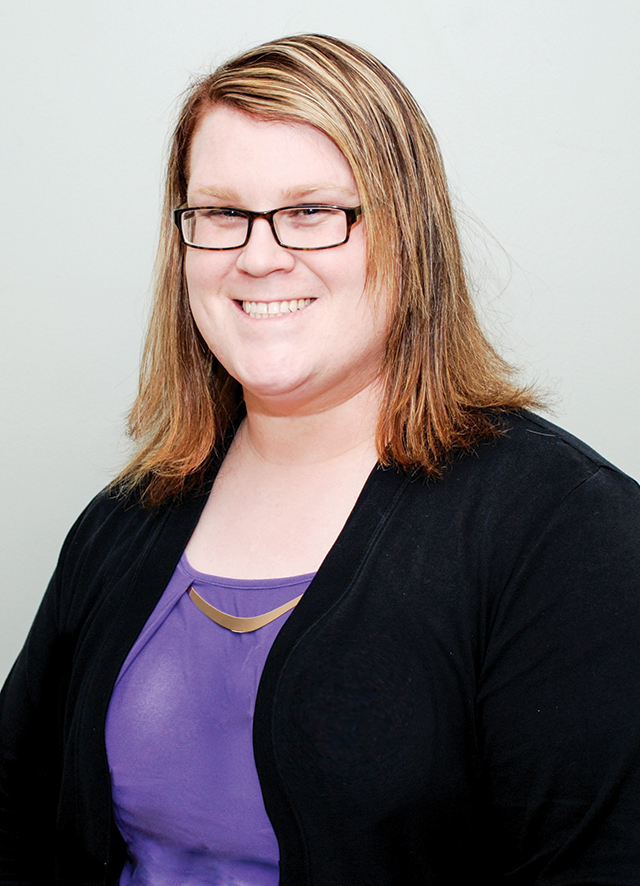 The group, officially named the “Southeastern Minnesota Transgender Support Group” (SEMT), has 20 to 30 members who identify as transgender (male-to-female or female-to-male), intersex, genderqueer, or questioning. SEMT meets biweekly for 90 minutes at a Rochester area church and regularly draws eight to ten people per session; at times, as many as 25 persons have attended. The meetings consist of each attendee “checking-in” and reporting on challenges or successes relative to their respective “gender journeys.” Group members, facilitated by Maddy and Goetzman, offer feedback and support. When necessary, group members are referred to area therapists for professional guidance.

The meetings attract many who are just beginning to deal with their gender dysphoria (the disconnect between brain and body) and really lack information about where to turn. According to Goetzman, “A lot of people at our meetings don’t even know what their female names will be.” She related that a common situation is the first-time attendee who will state, “I’ve been married 11 years and just told my wife (about being transgender) and she’s flipping out. What do I do?”

Demographically, SEMT members are a real cross section, ranging in age from 18 to mid-60s. Careers include “a doctor, a janitor, and a computer programmer,” said Maddy. The group draws attendees from southeastern Minnesota, northern Iowa, and, occasionally, Wisconsin.

As one might expect in greater Minnesota, visibility as a trans person (or as anyone else on the GLBT alphabet) isn’t something that comes easily. (See this issue’s “Skirting the Issues” for more on how GLBT people are either largely invisible or marginalized in areas beyond the Twin Cities.) In fact, as Maddy related, “Three-fourths of our members aren’t out” publicly.

However, that’s not the case with Maddy and Goetzman, who are very visible in their southeastern Minnesota communities. The two met by pure coincidence during a meeting at the University of Minnesota’s Program in Human Sexuality in 2010; from that, a friendship and collaboration ensued.

Maddy came out as female during the long July Fourth weekend in 2013. While that alone is enough to merit a gold star for courage (as well as honorable mention for symbolism since her birthday as a woman coincides with that of our nation), the really amazing feat was that Maddy came out in small town Minnesota while part-owner of an independent insurance agency.

Maddy readily concedes that she’s had some ensuing bumps, which included losing 20 percent of her insurance agency’s business as a consequence of announcing her womanhood. (Fortunately, business has since returned to normal.) Yet, Maddy is “constantly surprised” by how clients react to her relatively new status as female. She explained, “Some people whom I thought would leave (her agency) actually stayed. On the other hand, people who promised they’d stay, left.” Additionally, Maddy has encountered some stigmatizfation by professional colleagues. As she put it, “Some (colleagues) I used to talk to won’t even look at me anymore.”

None of this seems to have deterred Maddy in her quest to help trans people (as that phrase is broadly defined here to include all gender non-conforming persons) who hail from parts other than the Minneapolis-Saint Paul metro area. “I’m trying to make this place a little better so it’s more like up there,” Maddy said, in comparing greater Rochester to the much more inclusive Twin Cities.

That Maddy is helping to blaze a big trail for trans people in southeastern Minnesota is also evident by her personal story — she’s married to her high school sweetheart. Together, they parent two daughters; a five-year-old and a newborn. Their oldest daughter takes Maddy’s transgender status in stride. “Absolutely my daughter is accepting,” Maddy reported. To her daughter, Maddy’s either “Mommy” or “Maddy.” 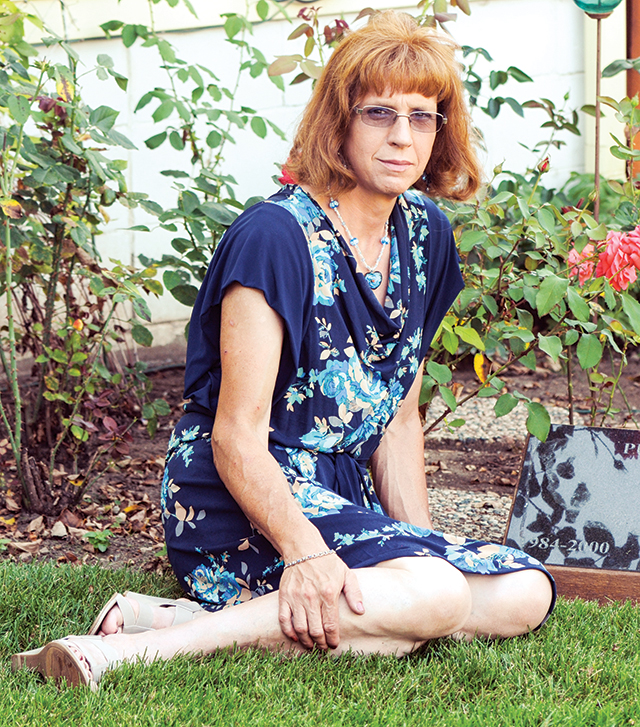 Goetzman, the co-founder of SEMT, is 52 and describes herself as “intersex/transgender.” Within recent years, her doctor confirmed that she has Klinefelter syndrome, a genetic condition that involves an extra female (the “x”) chromosome, giving her an XXY chromosomal identity. Physically, Goetzman has always presented with smaller hands and other female features, but grew up in the 1970s as a boy. Because of her physical size, Goetzman was shy and picked on. (Note: statistically, most males born with Klinefelter syndrome don’t have an attendant gender identity issue; instead, I mention this because it underlines Goetzman’s story about self-acceptance and her motivation in wanting to help others who have been marginalized.)

As an adult, Goetzman married a woman, but eventually realized that she needed to transition genders. Goetzman explained, “I got to 47, and lo and behold, Kayla wanted to come out.” Unfortunately, Goetzman’s wife wasn’t as accepting as Maddy’s spouse. “She’s fine being around me (as a woman),” Goetzman related, “but she doesn’t want to be married to me.” Goetzman and her wife divorced earlier this year.

Goetzman went public as Kayla in April 2013. She’s long worked in building maintenance for a large private luxury townhouse and apartment company. Her supervisors were supportive of her transition and the tenants that Goetzman regularly works with have been accepting too. She said, “Many thought that Kurt [Goetzman’s male name] went away and Kayla took over.”

Catholic nuns live in one of the properties that Goetzman maintains. “The nuns were perfect,” said Goetzman. “They’ve treated me wonderful.” One of the Sisters has even been helping Goetzman with voice lessons.

A takeaway from Maddy and Goetzman’s personal stories is that many cisgender (non-transgender) people in greater Minnesota can be accepting if given the opportunity to interact with an out trans person. Yes, there are some challenges, but both women are showing that with the courage to come out, there are also huge rewards.

A number of other community resources exist to help trans persons live authentically in the Rochester area. For example, the pastor of the church where SEMT meets (I was asked not to disclose the church’s identity because the group leaders don’t want to inadvertently out a group member) is openly lesbian and fully supportive of SEMT’s mission and work. In fact, the pastor recently approached Maddy and Goetzman to speak at a meeting of the Rochester Area Interfaith Leaders that is set for this fall in Rochester. Goetzman readily acknowledged the significance of clergy as active allies. She offered, “A lot of churches in Rochester, if you say you’re trans, you’re booted out the door.”

On the medical side, there’s also significant community support for transgender people. In January of this year, Mayo Clinic launched the pilot phase of its Transgender and Intersex Specialty Care Clinic. The clinic is housed within the division of Endocrinology under the medical direction of Todd Nippoldt, M.D. According to Cyndi Smith, MHSA, an Administrative Fellow working for Mayo to help get the project off the ground, “The clinic currently offers initiation, monitoring, and maintenance of hormonal supplements, psychiatry and psychology support, and limited referrals for surgical transition.”

Smith explained that once the clinic’s pilot phase is completed and evaluated at the end of 2015, the plan is to have the surgical specialties more uniformly integrated with the clinic. The goal is to “offer a seamless transition process for those at any phase from questioning their gender identity through hormonal and/or surgical gender confirmation,” said Smith. Actual reassignment surgeries are still off into the future while Mayo surgeons train on various techniques.

Thus far, with only word-of-mouth marketing (Mayo’s transgender clinic doesn’t even have a website yet) the majority of clinic patients have been local to the Rochester area, with a few patients from other states. Assuming the clinic’s pilot phase moves to an actual program, Mayo will then work to make the transgender clinic into a “global program.”

Also in the works at the Mayo, according to Smith, is development of pediatric protocols (including use of hormonal “puberty blockers”) to allow gender questioning children the time to delay puberty and mature into their “true” gender at a later date. There’s no question this resource is much needed outside the Twin Cities; many outstate families with gender non-conforming children are struggling to determine the best course for dealing with a myriad of challenges.

Mayo also has therapists to counsel patients on the options available to them through reproductive endocrinology or fertility so they can make informed choices about their families. Patients and families who receive primary care through Mayo Clinic also have access to integrated behavioral health counseling to support them and their family members before, during, and after transitioning genders.

Maddy and Goetzman have taken a role in helping Mayo educate first-, second-, and third-year residents on what it means to be transgender. “We feel our job is to help people as much as possible,” said Goetzman.

In the end, “help” really is what SEMT is all about. The statistics about transgender people experiencing depression, which leads to suicide attempts and successes, are all too real. (One estimate is that 40 percent of all transgender people attempt suicide; trans persons also have the highest incidence of substance abuse, homelessness, and joblessness of any letter in the GLBT alphabet.)

SEMT, led by Maddy and Goetzman, and supported by many cisgender community members, offers trans persons real help. Certainly, it’s not easy to come out as transgender in the best of circumstances where resources are aplenty and the community is welcoming. Take that a few notches back to an area like southeast Minnesota and one can understand how Maddy and Goetzman’s outreach really is about saving lives. Indeed, the number of people that SEMT attracts attests to it being a much needed resource.

With Laverne Cox, Janet Mock, Chaz Bono, and now Caitlyn Jenner as visible and vocal transgender role models and activists, it’s clear where society as a whole is headed — to a place of real acceptance and inclusion. SEMT is actively helping push that process forward in greater Minnesota.

As Maddy summarized, “I hope in twenty years that we won’t need it [SEMT].” Comparing how gays and lesbians have generally become accepted by society, Maddy added, “My dream is that it happens for transgender people, too.”

With the kind of leadership that Maddy and Goetzman are providing, I’m confident that this aspiration will come true much sooner than later. They are to be applauded for their brave community-building work.