Sometimes love can’t wait—and the connection between Kelly Frankenberg and Donna Nguyen was definitely too strong to ignore. One week after meeting the love of her life, Kelly proposed to Donna on a playground bridge late at night. Kelly had one stipulation—that Donna would return the favor and propose to her as well. Donna was willing to comply, and popped the question one week before their wedding date while the two were in the Brooklyn Botanical Gardens in New York City. 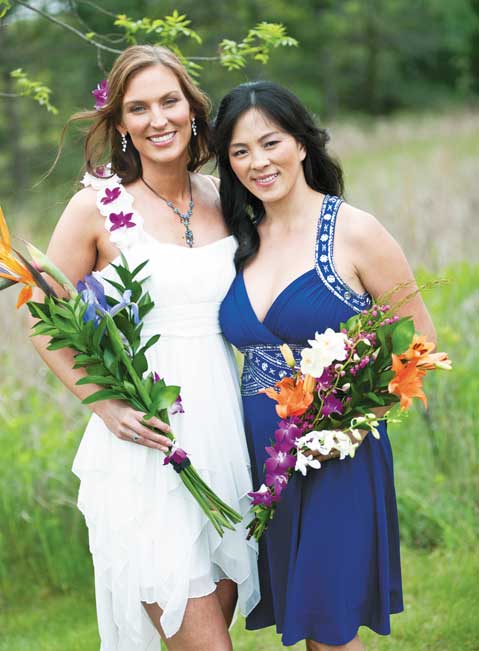 The couple met on an online dating site, with both of them looking for the woman of their dreams. Kelly says, “We are each other’s ideal type that we had dreamed about but couldn’t find.” Both share similar future goals, including traveling and adding to their beautiful family that already includes Donna’s ten-year-old son, Todd. Most of all, Kelly was drawn to Donna’s willingness to share her Vietnamese culture with Kelly, and Donna’s wonderful sense of humor. “Even when we fight, she knows how to make me laugh,” Kelly adds.

Kelly and Donna were married on May 6, 2012. Though they planned to have the wedding in Hawaii, Kelly’s mother was too ill from chemotherapy treatments to travel. Instead, the couple chose to hold the wedding on Kelly’s mother’s porch. Not even the gloomy, rainy weather or an officiate who refused to use the word “marriage” could keep these women from having a spectacular wedding they’ll remember for a lifetime. 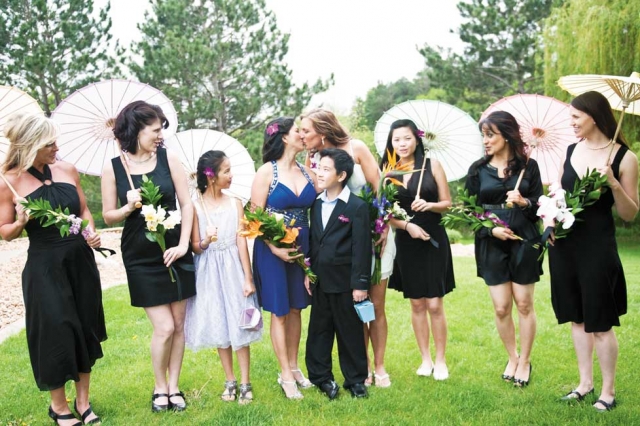 Though the couple has had to deal with some family members being less than supportive, their wedding created a beautiful new family with many adventures in store for the future. Kelly wrote a book about their journey together, entitled Diary of a Gay Bride, and now they are looking forward to the next chapters of their life together.

For more information on Diary of a Gay Bride, click here.