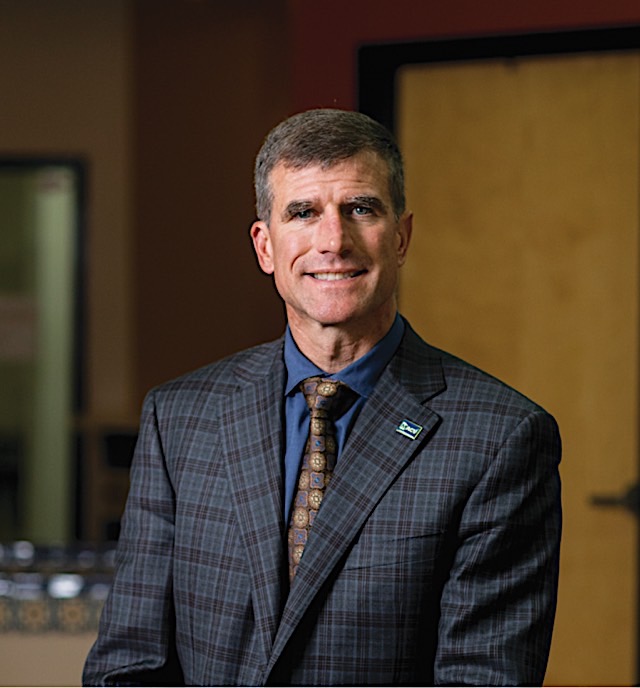 Neal Loidolt is the President and CEO of the Minnesota Assistance Council for Veterans (MACV) and a Commander of the 34th Infantry Division. His work in recruitment has been integral to opening up the National Guard to marginalized groups, specifically LGBTQ people. Loidolt’s commitment to diversity has paid off: in 2019, the Minnesota National Guard was the only National Guard to achieve its recruiting goals.

“LGBTQ people make the National Guard stronger, more ready, and more reflective of the community they serve. I’ve been to war twice and a wise mentor once instructed me that we ought to find a place for every soldier with the skill and the commitment to serve.  There are no gender related limitations on that,” says Loidolt. “The National Guard [was] very well poised under Major General Jon Jensen to include the LGBTQ community in their readiness efforts. The uniform force is very homogeneous by definition and efforts to diversify and include all who are willing and qualified to serve makes the force better.”

“We help all populations of Veterans regardless of identity and strive to create housing options for all,” says Loidolt. “We have created a specific outreach to LGBTQ Veterans in large part through our partnership with Lavender.” Loidolt’s collaboration with Lavender also prioritizes acknowledging the contributions of LGBTQ individuals who serve in the military.

Loidolt says that one of the things he has found most important over the course of his career is to “learn to see the people who work with you and for you as assets, not liabilities. Building effective teams requires an understanding that diversity matters. Sameness brings out the worst in us, it makes us tribal.  We do not learn through sameness.”