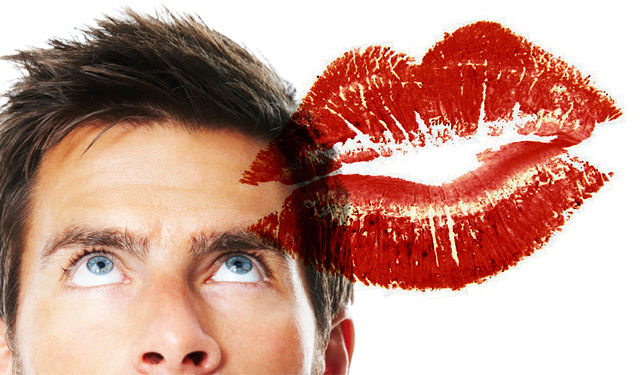 That sexy guy you saw jogging around the lake the other day? Nose-picker. The voluptuous blonde in the convertible? Snorts when she laughs. The person reading this magazine before you? Sneezed all over it and put it back on the stand. We’re made up of a lot of fun things. Anatomical things. Biological things. Philosophical things. We’re made up of a whole bunch of stand-alones that, when mixed together, create this uniquely wonderful thing called a human being. I’ve always been bad at science–we won’t go there–but I’m awful good at noticing little things about someone’s personality. Quirks, we call them.

It started in Kindergarten. Our teacher, Mrs. Hart, let her students stand up and give her a kiss on the cheek while she read to us. My classmates were enamored with this practice. They’d make it a contest to see who could kiss her the most. I, on the other hand, found this ritual strange and pointless, but if you wanted to survive Kindergarten, you had to play. I decided to give no more than a couple of kisses during reading time. This would keep me from being an outsider without looking like I was sucking up.

One day, after reading time and just before nap time, I approached Mrs. Hart and asked her: “Mrs. Hart, why does everybody kiss you?” The teacher’s assistant, a young college student, giggled in the background. “I can’t hear your stories because everyone gets up to kiss you all the time,” I said. She didn’t tell me why, and the kisses weren’t allowed after that day. I was happy the stupid kisses ended, but Mrs. Hart seemed to change after she stopped them. She became less cheerful. I can’t be certain my calling her out is what caused Mrs. Hart to stop being so affectionate or chipper, but I look back now and think that her kisses from students were satisfying some kind of quirk. Some kind of unconscious reminder that she was loved, if only by a handful of 5 year-olds.

Needless to say, I still feel kinda guilty. Quirks are, well, quirky. They become our trademarks, our “Isn’t he the manliest guy ever? Just look at how rugged those hands are!” And they become our obstacles, our “OK, manly’s good, but wash under your damn fingernails.” Too easily quirks become annoyances. Deal-breakers, even. So you like that you wash his clothes because he leaves dirty laundry out all the time. You clean her house because she’s messy. You even think it’s cute that he plays video games all the time. Your very own nerd. Until the honeymoon ends.

Suddenly our fascinating originality builds resentment in the person you love. To the point of compromise? Or to the point of no return? This in itself is a quirk we share: the innate ability to love someone one minute for being exactly who they are, and becoming irate the next–without anything having changed. For me, this happens all too frequently. Which is why I’m single. I’m at once head-over-heels for him, smitten with every part of who he is; then, it becomes too clear that we just won’t do. Leaving the toothpaste cap off the tube so it leaks everywhere? Clearly, an insurmountable charge unworthy of compromise, such a cardinal sin it is. Some things never change, I suppose.

Since Mrs. Hart, one of my great flaws is turning what makes someone unique into something that should be corrected. And in this way, I fall for people not as they are, but how I want them to be. A fatal blow to romantic happiness if ever there was one. (Thankfully, I approach friends differently. Their quirks cause me endless happiness.) I think I’ve come up with a remedy, though. I’ve tested it and it’s fool-proof: When you feel annoyed with the people you love, take a long, loving look in the mirror and say to yourself, “Look at what THEY have to put up with.” Nine times out of ten, if you’re having to actually perform this exercise, their quirks don’t seem so bad after all. Now go wash your damn hands! Someone sneezed on this momma! Keep in touch!