Sgt. Mic Nowak of the Minnesota Army National Guard discusses the road to living his truth as a transgender man and serving his country.

“The word ‘transgender’ was not even in my vocabulary when I was a teenager trying to figure out my sexuality and gender identity,” said Sgt. Mic Nowak. “What I did know, for lack of better terms, was ‘I wish I had been born male’, but I just chalked it up as getting the wrong cards in life dealt to me. I was very unaware that there were any options. It wasn’t until meeting my first transgender friend that the world of possibilities were out there.”

That very instance of discovery opened the doors for Nowak to begin his journey in recognizing and celebrating his truth, and before joining the Minnesota Army National Guard in 2010, Nowak lived a somewhat nomadic life growing up.

“I’m from a little bit all over central Minnesota,” said Nowak. “My parents moved around a bit, but I spent the most of my school years in Santiago, MN. It’s a little country town between Becker and Saint Cloud. I went to Becker High School, Elk River High School, and ended up taking online classes my senior year, graduating early, from Minnesota Transitions Charter School (2010).”

“One of the biggest reasons was to become a part of something bigger than myself,” said Nowak. “I also knew that if I wanted to be able to pay for college, I was going to need to enlist into a branch of the service. Luckily for me, the MNARNG has 100 percent tuition assistance for undergrad—not every state is so fortunate.”

As of this writing, Nowak is an E5/Sergeant working for the Guard’s Active Guard Reserve (AGR) program, performing as an Administrative NCO for the HHC 2-147 Assault Helicopter Battalion.

“Monday through Friday I keep up with the admin work for the company,” said Nowak. “AGR soldiers also have to go to drill like traditional guard soldiers, and on drill weekends, I work my MOS of a 15P, Aviation Operational Specialist.”

Nowak said that ever since childhood, aviation has been a passion of his. That passion has translated well into his military service, having deployed in 2014-15 in support of Operation Enduring Freedom with the HHC 2-147 Assault Helicopter Battalion. Prior to his military career, however, Nowak had to deal with the process of coming out as a transgender man.

“Even my family was not really surprised when I came out to them,” he said. “My godmother was the first person that I told: her being a little older I was nervous, but without a beat she said, ‘Yeah Mic, you’ve always been a boy. So have you thought about pursuing this medically? Testosterone? Top surgery?’ I was blown away. One, that she even knew anything about medically transitioning, and two, that she didn’t care at all and gave me nothing but support and love.” 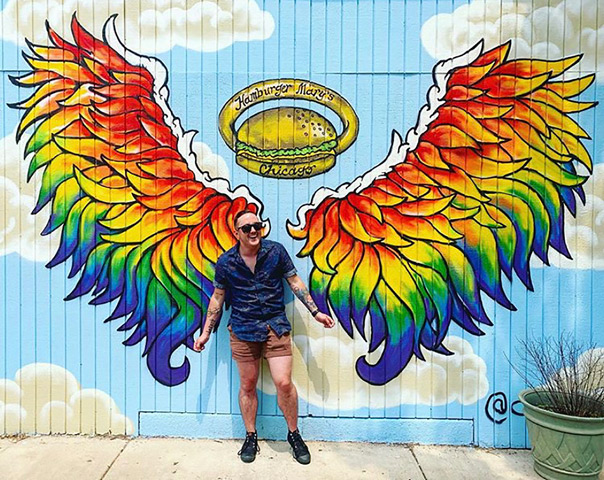 Sgt. Mic Nowak is the third service member in the Minnesota Army National Guard to have their gender marker packet accepted and match their preferred gender identity. Photo courtesy of Mic Nowak

Support from the rest of his family followed suit, and knowing that some GLBT folk are not as fortunate when it comes to a supportive network of family and friends, Nowak has always remained humble and thankful for the support network he has.

“Coming out was relatively easy, even with my Minnesota Army family,” said Nowak. “After coming out to my friends and family, I dived into coming out to my unit. I sat down with my chain of command and told them everything. I was pretty nervous, but I finally had enough courage to start living this life for me. Every reason I wasn’t transitioning was for someone or something other than myself. We only have a short amount of time on this planet and I had already lived 25 years of it in the fear of others’ perceptions of me.”

Nowak did note that prior to joining the Guard, he wasn’t sure if it was even an option when he was also en route to joining the military. In fact, Nowak enlisted before Don’t Ask, Don’t Tell was repealed.

“So even then, as a queer woman, I was in the closet to the military,” said Nowak. “Soon DADT was repealed, the freedom to marry came afterwards, and then finally the ban on transgender service members was lifted. This is when I knew my time was right.”

Nowak said that he is the third service member in the Minnesota Army National Guard to not only have their gender marker packet accepted, but to have their gender marker changed to their preferred gender. This has allowed Nowak to be “grandfathered” in now that the transgender ban in the military is currently in effect. Nowak says that his compatriots in the Guard have been nothing but supportive during his journey.

“The first priority of [MN Adjutant General] MG [Jon] Jensen’s priorities is ‘People First’, and I think from every level, the MNARNG supports that,” said Nowak. “At the end of the day, I am more than a openly serving transgender soldier. I am a husband, dog and cat dad, ice fisher, and hardworking Minnesotan who puts pride into his work and leadership abilities, and I think my Army family sees that before seeing my gender identity.”

Speaking of his personal life, Nowak has been married to his wife Jo since October of 2018, and Jo has been Nowak’s rock through thick and thin. 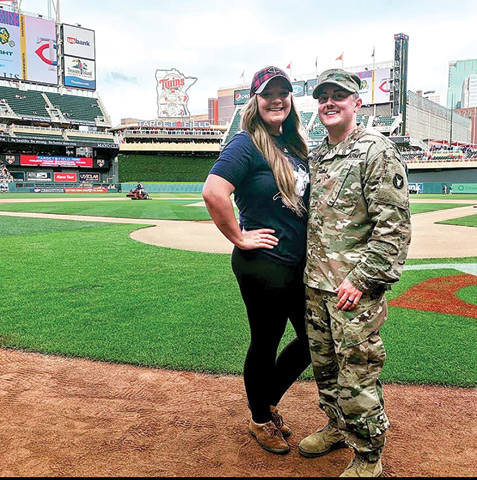 “It’s the little stuff that goes a long way,” said Nowak. “When I am gone for a long period of time for the army, she always plans something fun for when I return. [On] drill weekends, she will go buy a bunch of food I can microwave or snack on in the office because she knows I won’t get a lot of time to eat. Hands down the luckiest guy—my friends always joke that she deserves better, but I just focus on trying to make sure she’s always got a smile every day.”

Nowak believes that society as a whole, including the branches of the military, has been evolving in a progressive fashion in terms of accepting GLBT people.

“I would like to think that there is more love out there than hate,” he said. “We are in a period of time where this may not always feel the case, but I truly believe that there is light at the end of the tunnel for GLBT people. I do hope that more people become aware, that allies and my GLB brothers and sisters understand and help fight for transgender people and our rights.”

So for any GLBT folk considering enlisting like Nowak did, what advice would the Sergeant give?

“I would say to be brave,” he said. “You are not the first nor will you be the last. Many people have walked your path and on their way they have lit the beacons to guide you. I would challenge them to pursue their hopes and dreams and to keep the beacons lit for the future GLBT people. At the end of the day, be the best person you can be—and if you honor that—you will be welcome.”