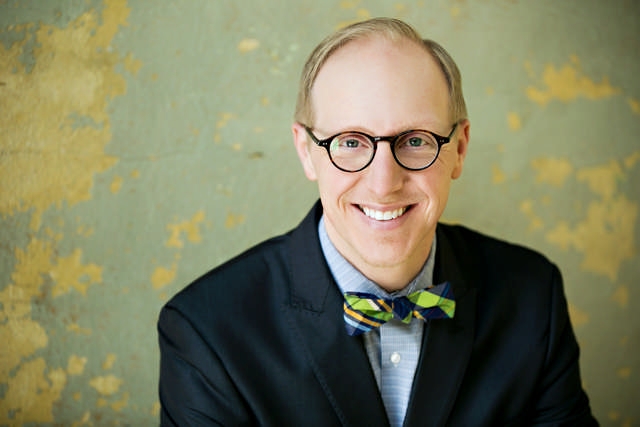 With the combined resources and programs of Minnesota AIDS Project, Rainbow Health Initiative, and Training to Serve, there’s little that JustUs Health can’t do. From research and conferences to health services and education programs, JustUs Health provides endless care, support, and advocacy for the GLBT community and folks living with HIV/AIDS. Ready to lead the organization is the new CEO, Jeremy Hanson Willis, who is no stranger to GLBT and HIV advocacy and care.

“All of my experience has given me insight and skills that bring great value to JustUs Health,” Hanson Willis says. “My career was born in LGBTQ and HIV activism, so it’s a dream to return to this work at such a critical time. As a supporter of Minnesota AIDS Project and Rainbow Health Initiative, I’ve found that the coming together of these organizations is happening at exactly the right time. The HIV epidemic is changing, LGBTQ health needs are changing; this is exactly the right thing at the right time.”

Hanson Willis says the mission of JustUs Health is to achieve health equity for the people they serve, from people with HIV to the GLBT community.

“JustUs Health started by combining the services of all of the organizations under one umbrella: help people living with HIV to improve and maintain their health, train and consult with health care providers and senior care providers to make sure they have all the resources they need for LGBTQ people and people living with HIV, and support public policies that protect health of these people,” he says.

Recently, JustUs Health started providing mental, sexual, and chemical health services through its new behavioral health clinic. With its new clinic, JustUs Health is hoping to serve younger clients in addition to its current mostly adult clientele. This spring, JustUs Health has welcomed several therapists, including one with experience working with youth.

Another area of focus for JustUs Health is to reduce tobacco use within the GLBT community. As Hanson Willis points out, the GLBT community is disproportionately affected by tobacco use. Hanson Willis has been involved in organizations working to eliminate tobacco use from 2000-2005. As one of the founders of Tobacco-free Lavender Communities (TLC) of Minnesota, creating a tobacco-free environment has always been one of Hanson Willis’ priorities. His work at TLC helped support the work of Rainbow Health Initiative, including in the first annual Fruit Bowl, which was held in 2007. This event was the first tobacco, drug and alcohol-free event at the Twin Cities Pride Festival. Just two years later in 2009, Rainbow Health Initiative held the first dedicated health and wellness area at Twin Cities Pride.

“This area brought the community together around health activities and provided a space for vendors that focused on health and wellness. This positioned the agency to begin helping other organizations implement Tobacco Free Outdoor Events and Ethical Sponsorship Policies in 2010. This work included nonsmoking policies and policies to stop partnerships with the tobacco industry,” JustUs Health notes on its website.

As a result of work by the Rainbow Health Initiative, the Twin Cities Pride Festival became entirely smoke-free in 2011. Prioritizing the health needs of the GLBT community has continued into JustUs Health’s mission after merging with Rainbow Health Initiative. Hanson Willis says first and foremost, he wants to work to build awareness, credibility, and trust in the communities they serve.

“The folks we represent in our work are a collection of disenfranchised populations, from people of color, HIV, substance abuse, and LGBTQ—often these are the populations that are forgotten and cast aside and don’t have anyone to speak for them or fight with them,” he says. “We need to be the organization that will. We need to be bold and unafraid.”

Hanson Willis says Minnesota sees more than 300 new HIV infections every year, many of whom do not have adequate health insurance or stable housing. “We need to stand up for these people when the government and health care are not meeting their needs,” he says. “We know from data we’ve collected that just about every health outcome you look at, the outcomes are lower among the LGBTQ community than the broader population. There’s no reason for that. It doesn’t need to be like that. Every part of the community needs to have access to their health care needs.”

For more information about JustUs Health, visit justushealth.org or stop by one of their booths at your local Pride festival.