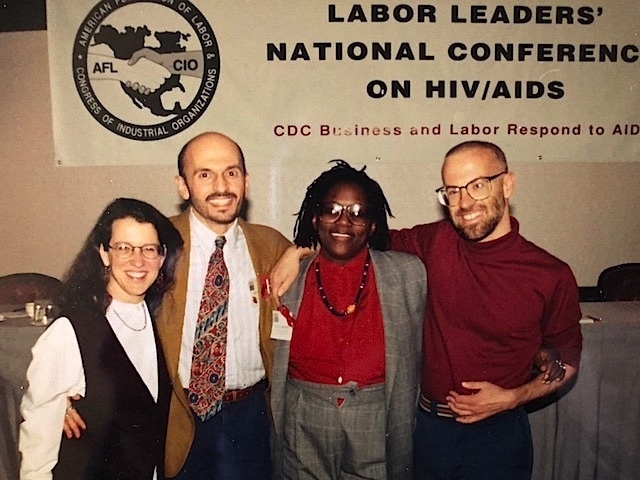 John Mehring’s ashes were scattered in the waters of Lakewood cemetery in Minneapolis on June 2 after passing away from cancer at age 65 at St. Benedictine Health Care Center on March 31. Two major diseases, human immunodeficiency virus and sarcoma, challenged his vibrant love for life, but John was determined to continue working in the face of physical pain and chemotherapy because he felt that people should try to pull their weight as best they could as long as they possibly could.

Many who knew him had no idea how John had suffered, only recalling his gentle wit, warmth, and wise insight. John was proud in the best sense of the word and lived totally up to his ethos that literacy and clear communication were portals to understanding one’s self. He saw that the ability to discuss varying and opposing views civilly, without vitriol, was crucial in fostering and maintaining authentic relationships of all kinds. Such qualities he deemed as indispensable to self-advancement in the changing world. His work in the Serve to Grow program for the Minnesota Reading Corps was a testimony to that. He was well and fondly regarded by his fellow employees in that program and at Sheridan School.

John lived in Minnesota for less than five years, but his knowledge and expertise on the state’s GLBT history was on a par with long term media contributors, librarians and historians of Minnesota’s GLBT institutions. John brought his own epic gay life to the context of our state’s queer story. I have written and have been a broadcast interviewer on lavender issues for various Minnesota media outlets for over a quarter century, and John would jog my memory about events I knew of and some of which I had even written about long ago, but which I hadn’t thought about in years. He could relate details about area activists and organizational controversies that, I daresay, most local community members do not recall or even know about. He was highly knowledgeable about Minnesota’s lavender legacy, having examined the effects of FREE (Fight Repression of Erotic Expression)—the first Minnesota gay rights organization, Baker v. Nelson, the controversial influence of Andrea Dworkin, and he could discuss how the differences between Tim Campbell, editor of the GLC Voice, and Cynthia Scott, editor of Equal Time, were with us today. Hearing him ask questions about specific gay Minnesotans with AIDS in the 1980s with his gentle Okie accent made me 1. Appreciate how he valued area community history and 2. Realize just how important the Twin Cities has been in shaping the national discourse on queer concerns for the past half century.

John grew up in the Bible Belt in Oklahoma in the 1950s and ’60s, so he viscerally understood early on how homophobia can manifest. He related to me some of the wrongs done to him in childhood, youth and in the workplace (in other cities, I must note) in his younger days. But he did not dwell on those and knew that dwelling on wrongs was counter-productive. Though he saw social justice as crucial, he was very clear that it could unconsciously morph into self-deceptive self-righteousness. That said, John was outspoken for gay rights in times and places where that took real courage rather than programmed lip service. He felt it was a test of our personal character as gays and lesbians to resist blaming “straight society” for what may actually be more about one’s personal choices and values. Though he knew all too well how harsh homophobia can be, one must not let it get the best of you. He also understood that those receiving government assistance for HIV and other ailments were to thank taxpayers. John didn’t feel entitled to that, rather, he felt blessed and fortunate, pulling his weight as much as possible. Nobly, he worked almost right up until the end. 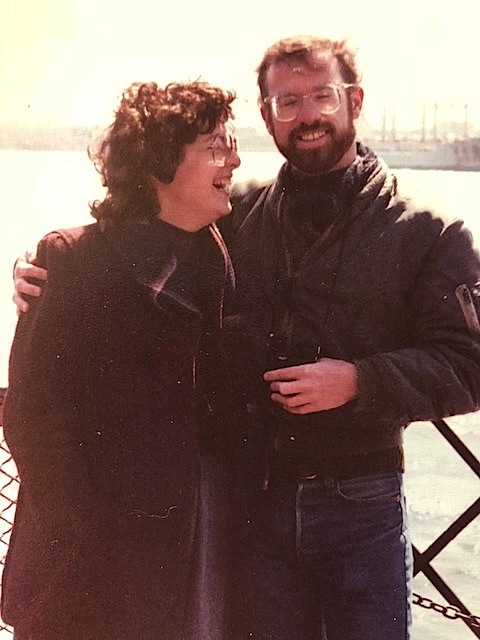 John lived a classic gay life of his time. He was honest with himself about his sexual orientation before Stonewall, something that took light years more courage then than it does today, no matter where you lived in North America. He was an AFS student in West Germany in 1970-71, graduated from Ponca City High School in 1971, and earned a B.A. in history and political science from the University of Oklahoma in 1975. The following decades took him to Pennsylvania, Seattle, and San Francisco, where he spent most of his life. There he served as a community activist for gay men’s health at the beginning and the epicenter of the AIDS epidemic, educating men at high risk for HIV/AIDS. He contributed to saving lives and improving the quality of life of those who lived and visited the City by the Bay. Robin Lundy, a member of the Twin Cities GLBT community, shared, “I admired John because, having been HIV positive for at least half of his life, he applied his intellect and activism to informing his community on precautions to avoid HIV.”

Therefore, it is ironic that John would become embroiled in a local controversy when he spoke out about licensing and genuine safety issues for an underground Minneapolis male-to-male sex club. His gutsy assertions were mischaracterized by people who said it sprang from bitterness over being HIV-positive (John was not bitter) and therefore, the mistaken assumption was that he wanted to take away gay and bisexual men’s freedom to have sex with one another. Of course, this was totally wrong and it was ironic that such shaming was waged against John by members of the queer community. He was clearly supportive of sexual freedom among consenting adults to whatever degree they so chose. He balanced basic community values of the traditional Democratic Party with libertarian ones. In this sense, he was very American. Like most out gay men, as one would suppose, he urged safer sex practices when one chose sexual interaction. What reasonable person doesn’t? But what happens when even the safest sex is made unsafe by the violation of building codes?

At the root of the sex club issue was genuine horror at the possibility of the men trapped naked in the basement, unable to escape. He said that were that to happen, there surely would have been closeted men whose family members and friends would have only come to know of their sexual orientation through horrific tragedy. Susan Du wrote of John’s sharp perceptions and civic consciousness regarding that situation in a City Pages cover story.

John was a man of conviction who challenged businesses’ and nonprofits’ ways of approaching HIV and GLBT issues. When an amfAR fundraiser which Harvey Weinstein manipulated for the production of the Broadway musical, Finding Neverland, was pointed out, John said, “I recognize that AIDS is a big business. Everyone wants their cut of the action under the big umbrella of helping us. And, yes, we need help to survive and thrive. But like all businesses, AIDS-related organizations must be closely watched and highly regulated, however, prestigious they may be.” This statement underscores John’s desire for the GLBT community to keep watch on the integrity and humanity of our own and other organizations—a view he held passionately.

John was profoundly concerned about the groupthink he sensed had come to control GLBT organizations. He challenged HIV/AIDS policies in the Minneapolis Health Department; questioned Minnesota AIDS Project Grant PS17-1704; was a strong critic of vocabulary monitoring enacted by GLBT community interests; was opposed to queer activists calling for resistance against police officers; and lamented the closure of Intermedia Arts, which he thought was the closest thing the Twin Cities had to a GLBT community center.

One of his great quotes was: “As far as binary and non-binary goes, aren’t all of us non-binary? The term itself sheds no light on what many call the human condition, that complex condition that is explored in theater productions through the ages.”