The Evolution of Jerry Hughes in India 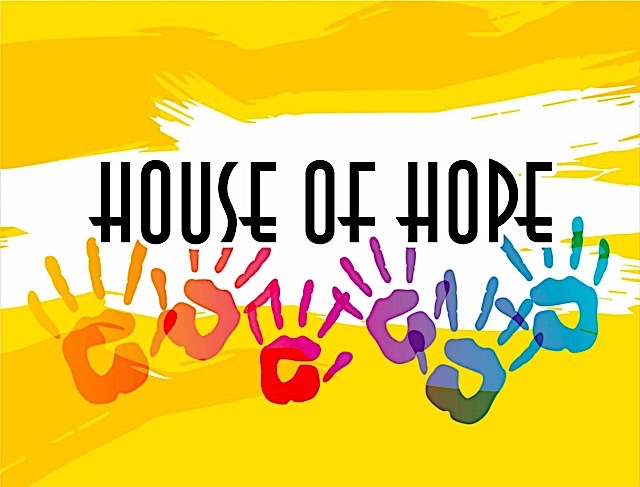 Back in 2008, we featured Jerry Hughes and his Hughes Foundation as a “lifeline to individuals and families affected by HIV/AIDS.” As someone diagnosed with HIV himself, Hughes decided to go further with his work.

In 2015, Hughes decided to change his life. His lease on his apartment in downtown Minneapolis and his Mercedes-Benz was about to end and Hughes decided to take a massive “leap of faith.” :I didn’t know how everything would work out,” said Hughes. “I didn’t know much of anything other than the plan I put in writing and hoped that it would come to reality when I landed.”

And, land Hughes did. In India.

I caught up with Hughes recently after a rollercoaster couple of years. The COVID-19 pandemic affected everyone – including his House of Hope in Nagpur in the state of Maharashtra. Yet, Hughes was back in the Twin Cities. Visiting his ailing mother at his family’s farm in Iowa. Last November, she passed away.

Hughes recently returned to India to take up the work he started in 2005. The work set forth through his foundation came from a personal mantra – especially from Hughes’ mother. “At a young age,” explained Hughes, “my Mom and Grandma both said ‘Take care of the widows and Orphans at the time of their need.’  I never really gave that any thought until I was diagnosed with HIV, until I saw how HIV/AIDS was affecting children distortionally around the world.” When it opened in 2017, the House of Hope in Nagpur became a home to “21 children, two full time housemothers and a black lab,” according to Hughes.

The driving force of the Hughes Foundation and the House of Hope is focused on the lives served by the Foundation, giving access to life-saving medications, offering prevention courses and support groups. The most visible result of this work is the orphanage in Nagpur. The Hughes Foundation is 100% privately funded as a 501c3.  “We don’t receive any Government funds,” stated Hughes, “religious support or corporate support (unless your company matches your donation).  We are 100% funded by people, like you, who care about supporting those affected by HIV/AIDS.”

Outside side of Nagpur, the Hughes Foundation also partners with AIDS orphanages in Namibia, India and is involved with HIV prevention efforts in the U.S.A., especially in the Twin Cities.

How has Hughes fared after he left the Twin Cities for Nagpur? “Most of it worked out,” explained Hughes, “but not without a lot of challenges from language, culture, climate, fundraising (lack of at times) but with a lot of faith in myself and mission to serve kids orphaned by AIDS was becoming more comfortable. I literally went from a highrise to a small concrete home, a Mercedes to a scooter and sustainable income to very little…I felt like Julia Roberts in Eat, Pray, Love in a way.”

In Nagpur, Hughes continues to provide the best care at the orphanage. “Each child at HOH is provided with a safe place to life,” said Hughes, “life-saving medications and medical care, education, food and love – everything a home should have! They are also provided instruction and tutoring in key areas of their life interest.  In fact, one of the children is blind as a result of the medication taken prior to becoming part of the HOH family.  We do our best to make sure he can grow and succeed just like any other child.

“Since starting House of Hope, most of the kids were young,” explained Hughes, “now many are in their teens.  So just with any other family, we deal with the same challenges of ‘finding yourself’ and hair color, styles, fashion and everything any family in the U.S.A. or anywhere deals with.  We are a home of love, acceptance and inclusion.”

Back in the U.S.A., there is a train of thought that HIV/AIDS is at an endemic stage. Hughes begs to differ. “As a person living with HIV and serving the HIV/AIDS community I can certainly say that HIV/AIDS is still a pandemic,” states Hughes. “I believe COVID has overshadowed the continued need that is in the HIV/AIDS community. Whether that be in Minnesota, a farm in Iowa or India.  There are still more than 37 Million people living (and aging) with HIV/AIDS thanks to great treatment….if there is access.”

“I have taken great medication since I was diagnosed,” said Hughes, “and I still do…it is a reminder that yes I still have HIV.  There is no cure (despite a few articles about a cure here and there).”

For Hughes, it is about taking what he has experienced as a person with HIV/AIDS and to use it for the greater good. Whether it is in Nagpur or in Minneapolis, it still worth the work the Hughes Foundation continues to do.

Hughes’ message to all of us to is share love to everyone. If you can, support Hughes’ efforts and see his work in action through the foundation’s website: https://hfhope.org