Jason and Christopher: Surrounded by Love

A compliment could change your life. Next time you like someone’s necklace or sweater or hair or whatever, don’t hesitate to tell them because they could end up being the love of your life.

That was the case for Jason Schuck and Christopher Wasilensky when they met at a friend’s birthday happy hour in 2005. Christopher touched Jason’s leg before saying, simply, “nice pants.” As Jason says, “it was all downhill from there.” 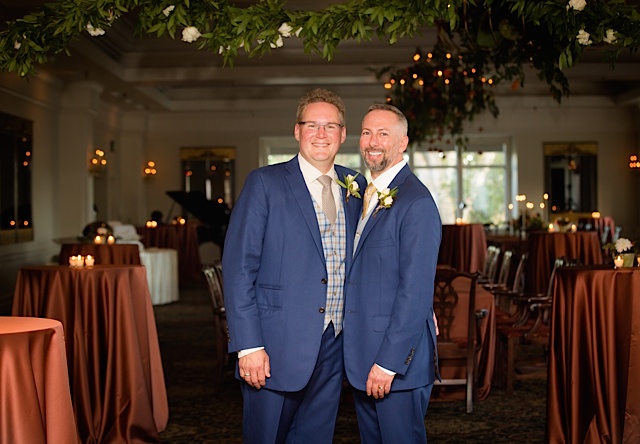 “I wasn’t expecting to meet anybody other than new friends,” he continues. “We’re both very social people in hindsight, you meet all these people and don’t think about it, but there’s this guy and we just sort of clicked. In the following days we just kept talking and seeing each other. We were both dating other people at the time and a couple weeks later we just decided to not see other people and date each other.”

Ten years later, July 8 of 2015, Christopher planned something special for their 10th anniversary of meeting. He had Jason meet him where they met, but unbeknownst to Jason, many of their friends would be there waiting. “I kept thinking, should I do it? Maybe I shouldn’t do it. But in the end I decided to just go for it,” Christopher recalls, referencing his nerves right before he proposed. “He’s just one of the nicest, kindest people I’ve met; he has a really big heart. He’s like my biggest fan, always there for me.”

At the time, the pair were planning a 10-year anniversary trip to Chicago for a few days later. “I was planning on proposing in Chicago,” Jason laughs. “And about 20 of our friends were going to be there, but then he had already proposed. So we had about a day and half in Chicago before our friends showed up and then it essentially just became an engagement party.” 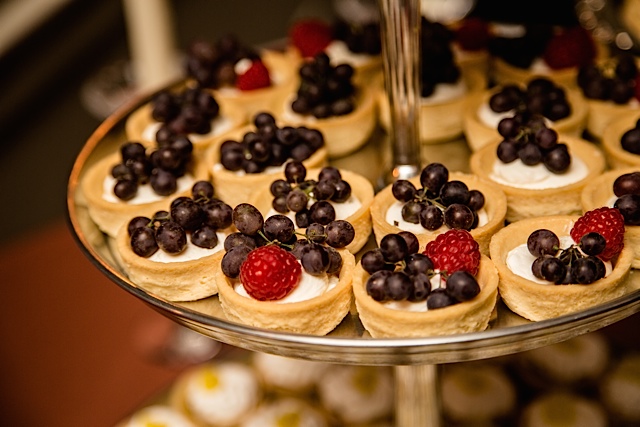 Deciding on vendors for the wedding was quite simple for the couple, who already knew plenty of friends in various industries. Notably, although Jason currently works in funeral services, he used to be part-time with a florist and was still in contact, making Bloomberry Floral a natural choice.

According to Jason, the only hiccup in the planning process was deciding on the color of flowers. “The florist had known both of us for quite some time and sort of just winged it and brought [Christopher’s] style and my style together,” he says. “Christopher wanted something that was very white, I wanted something that was bright and cheery and a lot more vibrant color, so they blended the two together.”

Going through Country Cake Cupboard for the evening’s cake was also because of a friendship, as was the decision to use the Wayzata Country Club as a venue. Jason was working a funeral one day when the florist stopped by with a delivery and told him to call Kathryn at the country club because she was interested in hosting the nuptials. 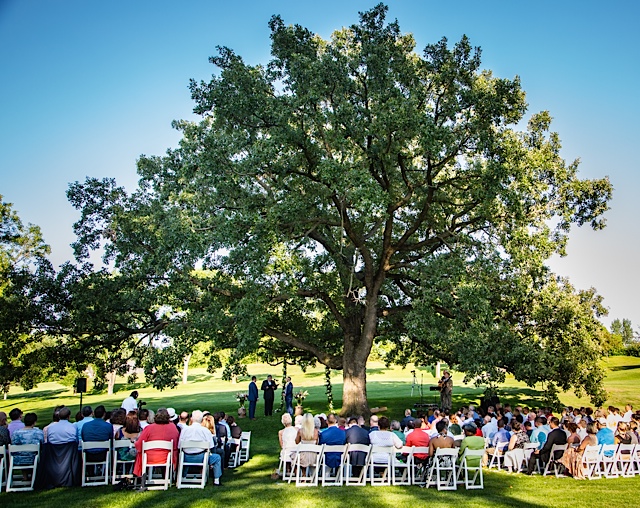 “We weren’t members,” Jason says, “but I called Kathryn and she said ‘Oh no, we’d love to have you guys at the club.’ And after talking about the financial components and all those sorts of things, they were actually cheaper than any place we had looked at. And she was so welcoming and so open to us and I’d known her for a long time, so it just worked that everything clicked to be there at the club with a lot of people we already knew.”

The same kind of serendipity and loving attention to detail occurred when the couple was shopping for rings as well. Sara at Commers Custom Jewelers came highly recommended from two other couples that they had known. “The North Loop has a date night once a month,” Jason recalls. “We went out on date night and had stopped and she was just absolutely wonderful and easy to work with and it was another one of those perfect fits.”

“And then the photographer [from Elite Photography] actually photographed this really good friend of our’s wedding two years prior and we just fell in love with her at that wedding,” Christopher adds. “That was a no brainer. We called her and didn’t go anywhere else, we knew we were going to use her.”

The involvement of friends and loved ones continued right into the attire for the evening. Bo Anderson at Tom James Company had worked with both of them creating clothing for their profession (Christopher works in realty). “It was great; he came to our house and he brought all sorts of fabric swatches with him,” Christopher says. “We looked and compared and contrasted and decided from there what we really wanted.” 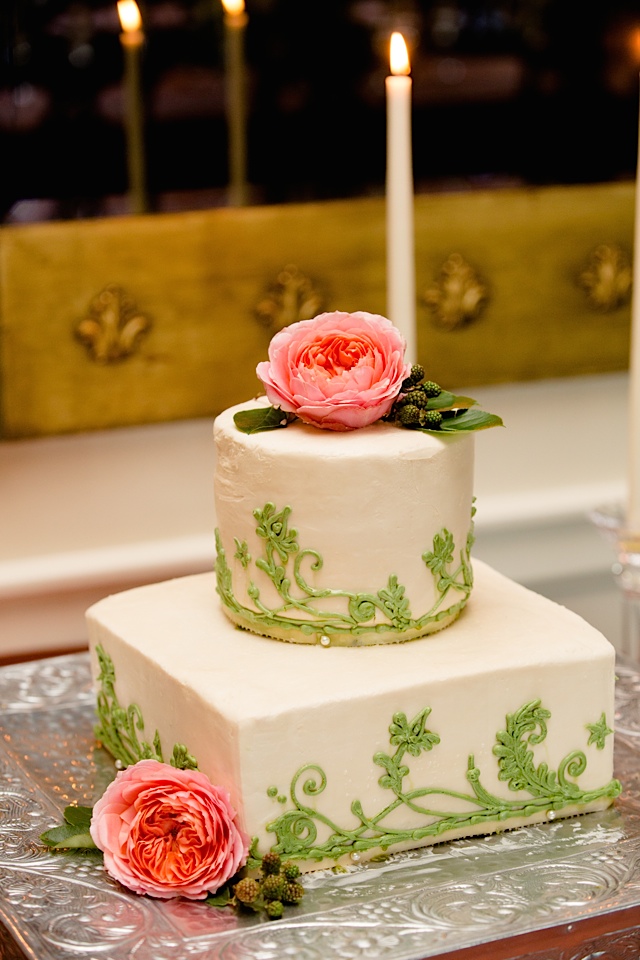 Deciding on navy rather than black, Jason adds that they wanted something a bit more formal, ultimately deciding on matching bespoke suits with unique shirts, ties, and vests. The coherent look allowed each man to showcase his own personality in front of the 172 guests at the wedding.

Jason and Christopher were surrounded by love on the big day as Shawn, “a very dear friend of ours who we’ve known for a very long time” officiated the ceremony. “We knew that we wanted him to do that,” Jason says. “He knows our personalities very well and what we were both looking for. We only talked to him for maybe about an hour about what we were basically looking for and he wrote everything himself and really personalized everything to us and our relationship to him and the rest of our extended friends.”

Rather than going the traditional route of having parents walk them down the aisle, Jason and Christopher had their nieces give them away, while second cousins acted as flower girls and ring bearers. Their mothers showed their love and support by signing the marriage license.

Jason remembers, “We didn’t have a wedding party, only because it’s very hard to choose amongst your friends who’s in and who’s out, so to speak, so it was just the two of us with our officiant and all of our guests, surrounded by love.” 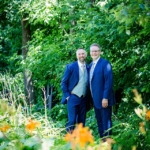 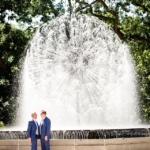 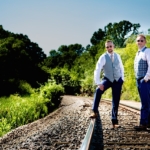 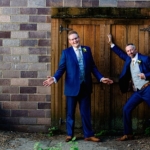 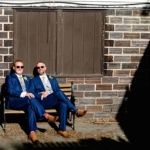 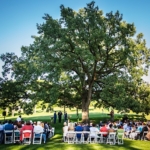 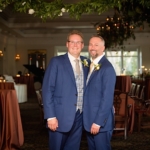 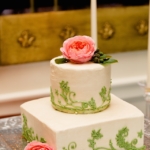 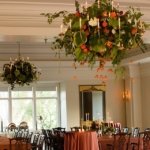 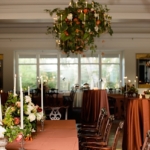 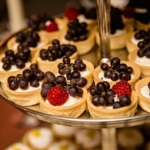 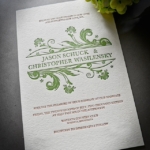