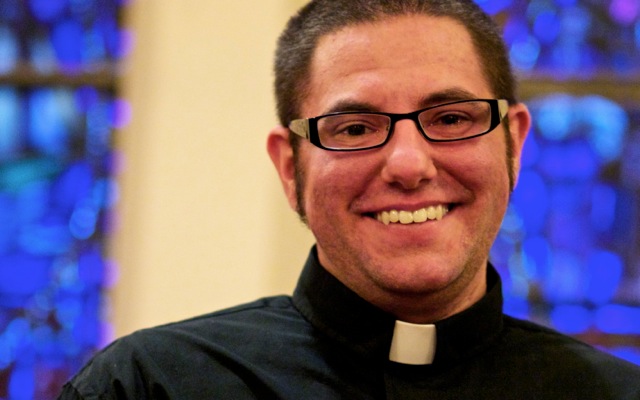 As a transgender man, finding a place in the church has been a difficult journey. I, like many other queer people, have had every reason to walk away from the church (and God) entirely and yet, I haven’t been able to leave. In fact, not only have I stayed, I am about to be ordained to the Priesthood.

My journey to ordination has been a winding one. I felt a call to ministry at a young age, but it seemed that everything about me was a barrier to fulfilling that call. I grew up in an evangelical church that didn’t ordain women and where I thought no GLBT people even existed. I struggled against the rules of the church and tried to find ways to serve, but I always felt pushed to the margins. I majored in youth ministry in college but was told that because of my gender I could never be a pastor.

While in college, two major things happened: I was introduced to churches that ordained women and I began to admit to myself that I was attracted to women. I had no idea that transgender people existed and so, even though I was uncomfortable with my body and my gender identity, I had no language to express what I was experiencing. The only conclusion I could come to was that I must be gay.  While I was thrilled to think that maybe my gender would no longer prove to be a barrier to ordination, now I worried that my sexual orientation would.

I left the evangelical church of my youth and began to explore other Christian traditions. I found people who were supportive of GLBT folks, people who were concerned about poverty and other justice issues, people who wanted to make a difference in the world. It was a refreshing change from a church that was only concerned with saving souls (and policing behavior). But I still struggled with whether or not I would be able to answer my calling to ministry. 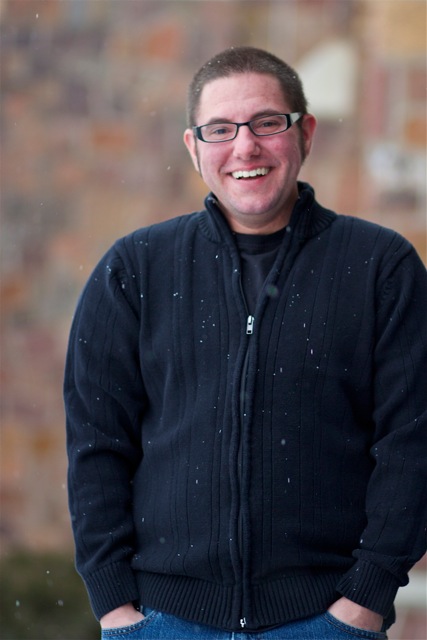 I was still struggling with my identity. Coming out as gay had given me some relief, but something still didn’t seem resolved. I was in my twenties when I finally began to hear about transgender people. I read everything that I could find from people with a transgender identity and something clicked. Finally, I had language to explain my own struggle. Finally, I had words that I could attach to myself that made sense. I came out as transgender in my second year of divinity school at Union Theological Seminary in New York City. I was supported by the staff and faculty (even if they didn’t quite know what to make of me) and by most of my classmates, but here was another barrier to ordination. Lesbian and Gay people were starting to be ordained in some denominations, but it was still a tough go for transgender people. Even if I could manage to find a church or denomination to ordain me, there was still a good chance that no church would allow me to minister.

In the words of Marcella Althaus-Reid who wrote The Queer God: “There are those who go to gay bars and salsa clubs with rosaries in their pockets, and who make camp chapels of their living rooms. Others enter churches with love letters hidden in their bags, because their need for God and their need for love refuse to fit into different compartments. But what goodness and righteousness can prevail if you are in love with someone whom you are ecclesiastically not supposed to love? Where is God in a salsa bar?”

I couldn’t seem to find a place that didn’t require me to put my life into different compartments and yet I longed to find a space where I could love God, love people, and be queer.

I discovered the North American Old Catholic Church in an unexpected way; on Twitter. The presiding Archbishop Michael Seneco started following my account and then reached out to me via email. He wanted to get the word out that the NAOCC ordained transgender people and he wanted my help. The more we talked about the NAOCC, the more it seemed like it might be the home I was looking for.

The North American Old Catholic Church is an independent Catholic group that welcomes and ordains women; lesbian, gay, bisexual, transgender, and queer people; married and partnered people; and people who have been divorced. They are concerned with social justice and new church starts.  They trace their history back to the See of Utrecht, with a formal split from Roman Catholicism in the 1700s over the doctrine of papal infallibility.

In Catholicism, I finally found a tradition that nourished me. The mix of deep contemplative spirituality that fuels and nourishes you to go out and work for justice has been vital to me. Here is a faith that encourages self-care and getting your hands dirty.

As I look back on my journey, both to finding peace with my identity and to ordination, I see that my experience of being told there was no place for me in ministry and that I was always the wrong kind of “Christian” influences how I approach my ministry as a priest. I feel called to walk with other people on the margins, to create spaces where they can worship as all of who they are, and where there are no barriers to the Eucharistic table.

I will be starting a new parish, House of the Transfiguration, in Minneapolis. My experiences of feeling excluded inform the mission of the church. We will work to be a place that welcomes all people and works for justice. It will be a place where you can experience tradition and ritual and also feel comfortable in jeans and sneakers. It will be a church where you can bring all of your identities and all of your story and be welcome at the table.