I Do: Same-Sex Weddings in the Park

Two years ago, the color orange dominated the 40th Annual Twin Cities Pride Festival as tension and momentum mounted during the build up to the “Vote No” campaign. Then euphoria rained down during festival 41 as Pride goers celebrated the passing of the same-sex marriage bill that was just a month old. August 1, 2013 came and same-sex couples rushed to the courthouse and to the altar from Minnesota and beyond. And now?

The 42nd installment of the Pride Festival will showcase the progress in the most visual way – with weddings held next to the formal gardens and the lake at Loring Park as part of the weekend full of GLBT events. 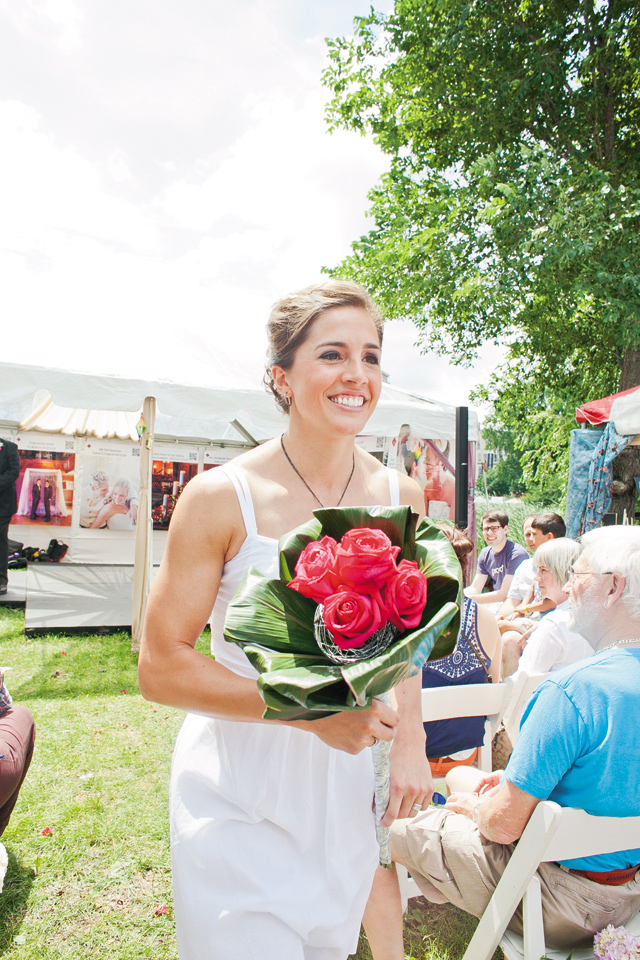 “There was immediate interest and excitement around hosting actual weddings since the bill passed,” said Dot Belstler, Executive Director of Twin Cities Pride. “We’re proud of the role Pride and its thousands of supporters have played in making this legally possible.”

Couples that signed up for the “Get Married at Pride” package will receive: an officiant, onsite coordinator service, a rehearsal, a photographer, access to a changing room, an hour in the wedding tent that will accommodate 50 guests and the wedding party set adjacent to the picturesque views of Loring Park’s gardens, and a Car2Go “Getaway” car to ride off in after the ceremony.

Julie Lyford, owner of the event planning company Fabulous Functions, put together the package and will oversee the weddings.

“We’ve had commitment ceremonies at Pride in the past,” Lyford explained. “However, we’re obviously taking it to a new level and are thrilled that couples have chosen to share this extra special day in their lives during such a momentous festival like Pride.”

With over 12 years of experience coordinating weddings, helping many GLBT couples marry along the way, she’s noticing a trend developing after the rush to the altar last August.

“After the initial excitement last year, we’re noticing a new type of couple approach us. One that is typically older and in a committed relationship for years on end, now looking to formally tie the knot.”

Lyford notes that the weddings that will occur during Pride fit this mold, with couples that have been together for 10 to 20 years. 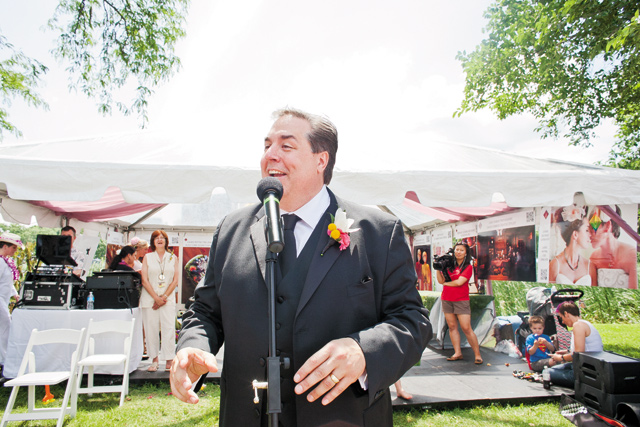 With the intimate setting, Pride Festival goers may catch only a glimpse of the happily married couples after the ceremony; however, the fun doesn’t stop at the weddings themselves. Over 30 vendors with wedding-related booths will be on hand providing resources for same-sex couples.

Stop by the booths during Pride Festival hours: