#GSquaredWed: A Happy Ending for Kevin and Randy

Most love stories begin with serendipitous circumstances, complete with awkward yet adorable moments, butterflies, and the “once in a lifetime” feeling that makes you feel like you’ve met your one and only soul mate. But the love story of Randy Goetz and Kevin Grewe begins differently, with a relationship that grew naturally out of feelings of compassion and support during life’s difficult times. After both men lost their previous partners, Kevin and Randy realized that it’s never too late to start a new life with a new love.

Randy and Kevin both had amazing lives and families. In 1984, Kevin was the first single man in the United States to successfully pursue an international adoption. After starting his family of two, Kevin met Daniel in 1987; the couple would share 13 wonderful years and raise two sons together, Chris and Erik. Randy had been happily married to his wife for 23 years and had raised two beautiful children, Barrett and Courtney. Both men delighted in their families and were proud to be fathers to such wonderful children.

But tragedy struck when Kevin’s partner passed away after Chris’s high school graduation, and Randy’s wife died of a brain tumor. Both men experienced great loss and began the process of living after losing loved ones. For Randy, the five-year period after losing his wife made him realize that “life is way too short and I needed to live an authentic life for myself.” Dealing with the loss of his wife and several other family members, Randy realized that he was gay and needed to embrace that part of his identity in order to be truly fulfilled in the future. 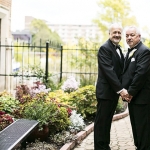 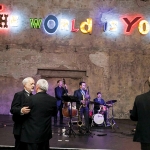 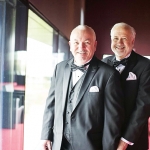 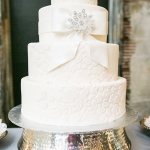 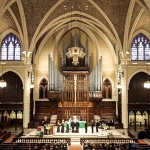 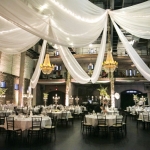 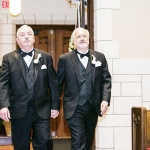 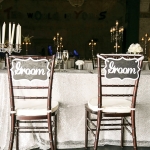 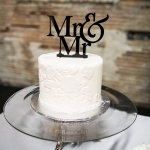 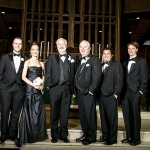 After years of grief and rebuilding, Randy and Kevin got a second chance at companionship eleven years ago when they connected through Match.com and found comfort and support in each other. Kevin recalls how extensive emails turned into long and personal telephone calls until they decided to “pull the trigger” and meet face-to-face. The couple chose to meet at a local restaurant, and Randy crafted an escape plan in case the meeting didn’t go as planned.

When Randy and Kevin met, they were both surprised by how natural and comfortable their meeting was. Kevin adds, “We enjoyed sharing stories with each other, of talking about our kids and in exposing our vulnerable sides when breaching the boundaries of our grief. It was the comfort of someone who felt like a friend.” As the men shared their past experiences with each other, they realized they had a strong present and future together.

Kevin and Randy‘s attributes complement each other well, making them the ultimate dream team — especially when it comes to entertaining guests. While Randy is creative and artistic, with an eye for design, Kevin is an extraordinary cook and keeps their guests satisfied. Randy adds that, thanks to Kevin’s cooking skills, “My personal hashtag is #IEatWell!”

On a more personal level, Randy appreciates the balance between their personalities, saying, “He is a feeler, and I am a thinker.” Kevin adds that Randy’s confidence is comforting and makes him feel safe and loved, though it also drives him crazy from time to time!

As time went on, the bond strengthened between Randy and Kevin. Shortly after Minnesota’s proposed amendment to ban same-sex marriage was defeated, they began to discuss their future. Randy’s son, Barrett, preemptively called “dibs” on being the best man, and their other children expressed their hopes of seeing their fathers wed.

Conversations around marriage came up every so often over the next few months, but the couple finally seriously entertained the idea during Memorial Day weekend in 2013, when Kevin officiated his niece’s wedding on Marco Island. While enjoying drinks by the ocean, Kevin and Randy agreed that they should get married, and their engagement started just as naturally as their relationship began.

While preparing for their nuptials, Randy and Kevin participated in marriage education sessions required by their church, beginning with individual surveys about their personal hopes and expectations of their partner. Kevin “quickly realized the survey wasn’t really geared toward old people, and certainly not gay folks,” but the couple discovered their different thinking processes when answering a question about wanting to have children. In an effort to be inclusive of their existing children, Kevin’s response was that he hoped to “have four children, and have them immediately, and no more children please!” However, Randy responded that he wanted “no children and could wait a long time for children.” When they shared their answers after the session, the couple laughed as they learned more about each other’s humor and thought processes.

As the couple began to plan their wedding, their talent for entertaining guests made the process much smoother. Kevin adds, “Who knew there were so many details to plan? The gift we had, the ace in the hole, was that Randy LOVES details and planning and choice…it was months of agony for me and bliss for Randy!”

But on Friday, October 3, 2014, all the stress of planning melted away as the couple and their wedding party (comprised of their children and two nieces) processed into the cathedral-like sanctuary at Central Lutheran Church in downtown Minneapolis. Kevin recalls, “I forgot about all the stress of planning, the thoughts of details that may have been overlooked, or of family members who may not approve of our marriage. I just saw the man that I loved, and the children that I adored, and I was ready to become ‘GSquaredWed’ as was our new hashtag for Instagram.”

After a touching and personal sermon given by the couple’s dear friend, Pastor Laurie Natwick, the couple exchanged personally written vows in front of 140 joyous family members and friends. Kevin expresses how important it was for them to “share our faith in front of our most treasured assets, our family and friends that support us every day.” Once they officially became “GSquaredWed,” they took a limo to Aria to celebrate with their guests.

One of Randy’s favorite moments was walking into the enchanting atmosphere of Aria. From flowing drapery and glowing and twinkling lights to ornate floral arrangements, Randy felt the whole experience was “very special because we had spent so much time and energy planning, and the results totally exceeded our expectations. We could not have been happier!”

The newlyweds and their guests sipped cocktails and nibbled on appetizers while listening to live piano music before enjoying a spectacular buffet from Deco Catering. Randy’s son, Barrett, gave an excellent toast filled with humor and love, and Randy recalls that there wasn’t a dry eye in the place. After dinner, guests danced to the sounds of the Jason Weismann Jazz Quartet, and many guests commented that this wedding was the happiest wedding they’d ever been to.

Unlike many newlyweds, Kevin and Randy don’t have to plan to build a family together — they’re already surrounded by their children and loved ones. But they still get to plan their future, and they’re excited by the endless possibilities. While Randy still has several more years to work, Kevin intends to retire soon and will possibly pursue his dream of opening a café or another gift and antique shop. Randy also looks forward to the traveling opportunities they will have once they aren’t restricted by 9 to 5 jobs. And no matter what the next chapters of their lives will hold, they will face the joys of life together, comforted by the support of a loving partner and a dear friend.