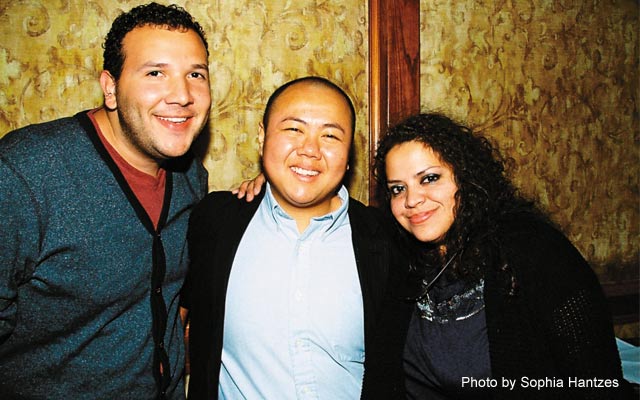 PFund Foundation, the only Minnesota foundation dedicated exclusively to LGBT equality, and the Astraea Foundation for Justice, a national LGBT grantmaker, hosted the first-ever national gathering of lesbian, gay, bisexual and transgender (LGBT) people of color organizations December 2-4, 2011, in Minneapolis.  The BOLD Gathering is the culmination of the four-year Racial Equity Initiative, a funding project aimed at supporting LGBT people of color nonprofits.   As the first national gathering of LGBT people of color organizations in the United States, it was an opportunity to convene at this complex economic and political moment, providing an opportunity to build organizing skills, sharpen thinking, strengthen the collective voice and create a vision for the future that speaks directly to  histories of resilience, creativity, desire, passion and vision.

The 3rd Annual Minneapolis Jewish Humor Festival (MJHF) will be held January 14-28, 2012, at the Sabes Jewish Community Center in Minneapolis.  The MJHF combines one-act plays, one-person shows, music performance, stand-up and improvisational comedy, story-telling, film, visual art, and workshops in celebration of the Jewish contribution to the world of humor as presented Jewish and non-Jewish performing and visual artists, teachers, and arts collaborators.  The MJHF offers a variety of work that somehow touches on Jewish tradition, family, identity, religion, culture, or ideas. “Jewish” can mean vastly different things to different people, content can be very obvious or quite subtle, or somewhere in between.  Whatever, wherever, and whomever it is, it’s all funny.  Very funny.