From The Editor: Worth A Million Words 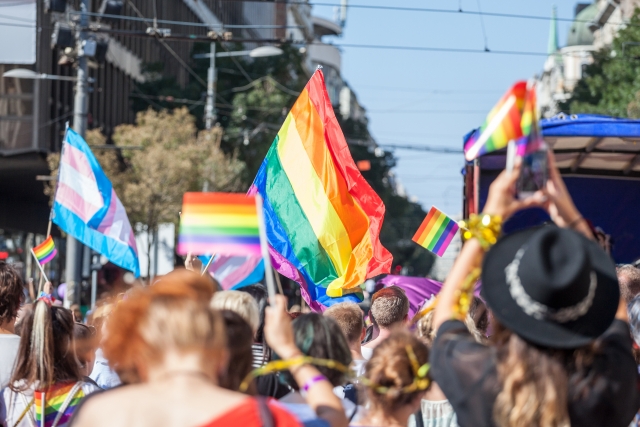 What a Pride Weekend that was! Twin Cities, as usual, you did not disappoint when it comes to celebrating the most fabulous time of the year. And this year was especially magical, seeing as how we were also celebrating the 50th anniversary of the momentous Stonewall Riots, and all of the love, unity, and joy on display by this community was absolutely inspiring.

Every year, Lavender offers readers a special Pride in Pictures issue, sharing photos taken during the various Pride and Pride-themed events occurring in the Twin Cities from late May to the end of June. This year, however, we’re shaking things up by offering not one but TWO Pride in Pictures issues, with the second hitting stands on July 18. So if there are any Pride events that may seem like they’re missing from this first installment, fear not! We have plenty more in store in two weeks.

We also have an exclusive interview with Col. (P) Stefanie Horvath, who is set to become the first openly lesbian Brigadier General in Minnesota National Guard history.

Now, seeing how 2019 is officially half over, we have lots to look forward to in our community, as we have lots of great editorial content in the works following the second part of our Pride in Pictures duology. From amazing wedding goodies and fall arts coverage, to health and beauty content and our annual Holiday Gift Guide, we’re planning to close out the rest of 2019 with the best of the best!

As for your friendly neighborhood managing editor, I’ll be on vacation in beautiful Philadelphia as you read this. I’ve never been properly acquainted with the City of Brotherly Love before, and I’m beyond stoked for several days’ worth of history crawls, cheesesteaks, and the obligatory sad attempt at running up the Rocky Steps in one piece. I might even make an article out of it, should my lungs not burst. We shall see.

So enjoy this first of two Pride in Pictures issues, keep your peepers open for Part Two, and enjoy your summer!

Editor’s Note: Clarifying edits were made to the online version of the article “JustUs For Justice” in the June 20 issue. Also, on Page 6 of the flip cover section of the June 20 issue, a typo is present in the “September 20, 2011” entry on the timeline. It should read, “The repeal of ‘Don’t Ask, Don’t Tell’ officially goes into effect, allowing gay, lesbian, and bisexual troops to serve openly.” Lavender regrets these errors.