From the Editor: Their Time to Glow 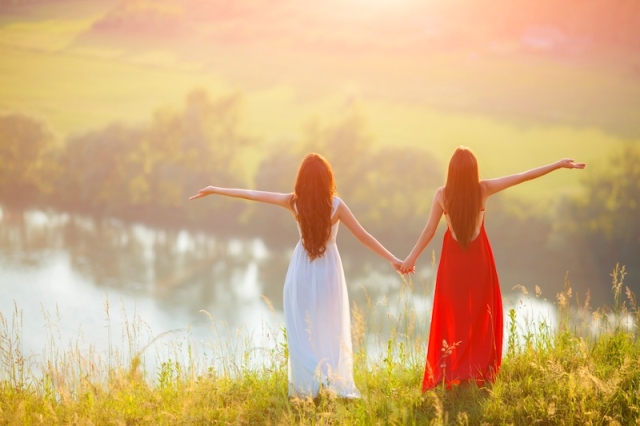 I was recently asked to speak at a meeting of a gay-straight alliance at Capitol Hill Gifted and Talented Magnet School in St. Paul. GSAs play such an integral role in providing safe spaces for support and exchanges of information for students and I was thrilled that I was asked. What threw me off a little was that it was my nephew who was asking and he’s in 7th grade. He’s a proud ally who’s proud to have an aunt in this role for this community and I jumped at the chance to meet his group. Though my school didn’t have one out in the cornfield between Dassel and Cokato just west of the Twin Cities, I joined a GSA the moment I got to college. But middle schoolers? With a GSA? This is a brave new world and I am so happy to be a part of it.

The name of their group is GLOW, “Gay, Lesbian or Whatever.” And I love them for that openness and casual flair. Instead of a gay-straight alliance, they refer to it as a “gender sexuality alliance,” which is more inclusive. Each session begins with the students bringing up a “Big Gay Moment” that they may have experienced in the past week. That day, they ranged from someone seeing a bumper sticker about love, to a girl’s sister getting “gay engaged,” to another girl coming out to her mother. I fought to maintain composure as this young woman said that her coming out to her mother was a little deflated because her mother already knew since she’d seen the daughter fill out a form the week before at the doctor’s office that asked for her to specify her sexuality. Everyone was so happy for her and I wanted to give her a huge hug and maybe have a parade in the hallway, but I kept it together and was in silent awe of this whole sharing session, these kids, their stories, and their lives.

We only had a short amount of time to talk, so I tried to race through things like my background, what my education and preparation has been for this job, and the history of Lavender Media, which is a daunting task that’s pretty high-context. Looking around the group of about 35 kids all eating their lunches during this time of voluntary togetherness over their lunch period, I could see that I probably didn’t need to fill in too many gaps about what definitions are, as I could guess that much of the community was represented, especially since this particular sub-community was gay, lesbian, or whatever. They were questioning and they were curious. So I tried to give half the time we had to questions that had both been written the week before as well as had popped into their minds as I was talking and showing them some magazines. And, let me tell you, the question and answer period is where I was able to see their minds working and processing and opening and moving us all forward, the shifts seemed seismic to me at the time. Our future. Right there.

What’d they want to know? A lot. But the most commonly asked question was whether or not Lavender gets “a lot of hate.” Do people send in hate mail? Do they leave nasty comments? Are we the recipients of disapproval? I was relieved to truthfully report that no, we don’t get any hate. If it’s an indication that things do “get better,” I’m happy to give them that glimpse into our reality. And, especially for those who find this group to provide “lots of security” as “one of the only places that I can really be myself” as mentioned on a comment card from a student, I want to assure them that there are more public places out there where they are welcome and can find the same support as they get in that classroom every Thursday in St. Paul.

I know that this group is one of many that exists in the Twin Cities and that fact makes me extremely happy. When I asked about how it was formed, it’s apparently a process that depends on how open the specific schools may be to taking a bit of a risk in allowing such a group to exist, considering that parents may or may not be supportive of their children having access to such information or content. So, what I’ll do in the upcoming Pride Issue is include a piece on how students and parents can work with teachers, staff, and schools to form a gay-straight alliance. Seeing how hungry these kids were for knowledge and understanding that they give up their lunchtime to be there for themselves and each other gives me great hope that this old-fashioned consciousness-raising is raising a new generation that finds tolerance as native to their beings as all this technology that they seem to inherently know and understand. We need to make more spaces and more lunch hours and more resources available in schools. Now.

Thank you, members of GLOW, for inviting me in and teaching me so much. I am proud to now know you.