From the Editor: Stepping In, Stepping Up 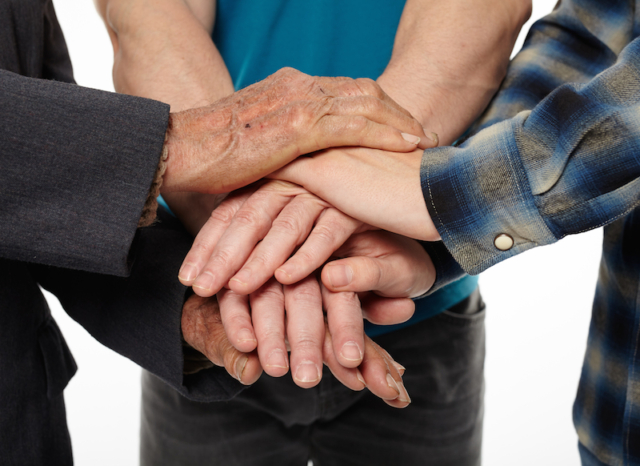 I observed my five-year anniversary with Lavender the day the last issue came out. I didn’t write for that issue, and it gave me time to reflect on all the topics we’ve covered over those five years and how this Children & Family Issue covers a few more tough ones that have been on my list of topics we can’t ignore as a community: adoption and youth sexual exploitation. If you read the pieces by Kathleen Bradbury and Shane Lueck, you’ll see that they work together quite well as methods of intervention, while also warning us that we have to work toward prevention as well as reparation both before and after kids have been left on their own.

The intervention that is being laid out is how, through adoption, people from this community can help kids who need homes, who are no longer in homes that will nurture and support them through their development. This may be for a number of reasons, and we know that for kids who come out as GLBT, they are at greater risk of being disowned by their families because of their sexual orientation or identity. So, we are given the opportunity to intervene and be there for them. That intervention could be what actually prevents them from the world in which they might be a sexually exploited child. And that prevention is critical. Before they become a victim who is relying on a person who is sending them out as sexual property for their own commercial gain, these kids can find a home and someone to protect them from decisions that don’t seem like decisions at all. As vulnerable as they are, they have no agency. They need a guardian, in both a literal and figurative sense. You could become such a guardian.

For many kids, they’re already in a life that has treated them cruelly. Whether shuffled from home to home or even put into a system of sexual exploitation, reparation is necessary for them to thrive as members of our society. If there’s no way you can become a foster or adoptive parent, look to volunteering with youth organizations for at-risk kids. Be there to help them as they repair their sense of worth and belonging. Be a role model, a mentor, a person who simply cares about them and takes time for them.

And, finally, it can’t go without saying that we can also work to prevent kids from the darkness by working to change the hearts and minds of people who encounter them. Both scenarios might seem unlikely to fix, but if somehow you find yourself in the situation of being able to stop a parent from rejecting their child or being able to stop a person from sexually exploiting a child, that might be the most difficult and important role you’ll ever find yourself in. How do you know if someone might reject their child from coming out? That’s a nuanced situation that may never present itself to you. As to the topic of sexual exploitation, if there’s no market for “buying” youth for sex, there’s no market for “selling” youth for sex.

I have great hopes for our future. The kids who are growing up now will be a generation that is growing up with more equality for all than ever. Their potential is great, if they are given a chance to reach it.

With hope and thanks,
Andy