From The Editor: Showtime! 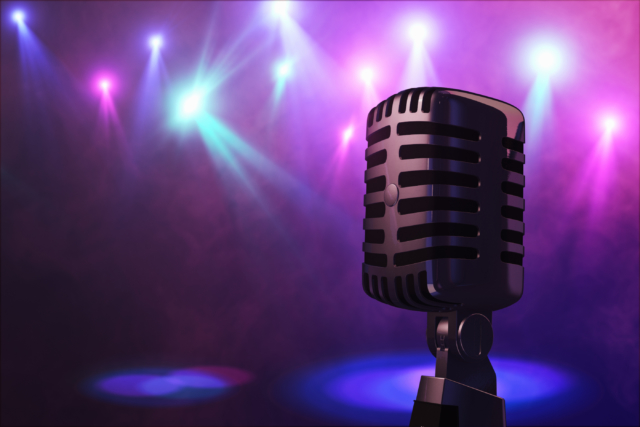 I love me a good performance. Growing up, I was raised on musicals and theatre, harboring a healthy appreciation for performance art in general. In fact, I myself built an eclectic resumé for performance, having done choir for 11 years, performing in a variety of high school musicals, and even adding television and motion picture acting to my curriculum vitae later in my adult life.

For some—like yours truly—performance is absolutely intoxicating, a delightful and fulfilling means of letting loose one’s creative steam and sharing your art with your audience. Doesn’t matter if it’s a Broadway production, a concert at a small-time venue, a comedy performance, or even a showstopper at the local karaoke joint: there’s nothing quite like being in the spotlight.

Of course, being a spectator can be just as fulfilling, and believe you me that there are few things as thrilling as soaking in a damn good show. In 2007, I experienced my first Broadway show with the touring production of Spamalot in downtown Minneapolis. Going with my parents, I was just recovering from a bad case of mono, so my throat was shot. Of course, the show made me laugh so hard that I was unable to talk for next day or so.

It’s that kind of pure emotion that any show worth its salt should elicit. So if you’re up to take in a show or three this season, we have just the issue for you! Our Spring Arts & Dining edition features dozens of upcoming shows, performances, and exhibitions to whet your appetites, and speaking of which, we’ve paired up quite a few of these shows with an appropriate restaurant to complete your dinner and a show experience!

Also, we take a sneak peek at Skylark Theatre’s upcoming production of the transgender-themed opera As One, and we also meet the Duluth area’s only two gay news anchors for good measure.

And remember how I mentioned my history as a performer? Well, you can get a small taste of that with our ongoing Big Gay News video series, where I voice our Big Gay Newsicorn, Charming the Unicorn, five days a week! Be sure to check out the newscast every Monday through Friday on our Facebook and Twitter pages, as well as on Lavender’s website. Excelsior!