From The Editor: Of Pride And Cheesesteaks 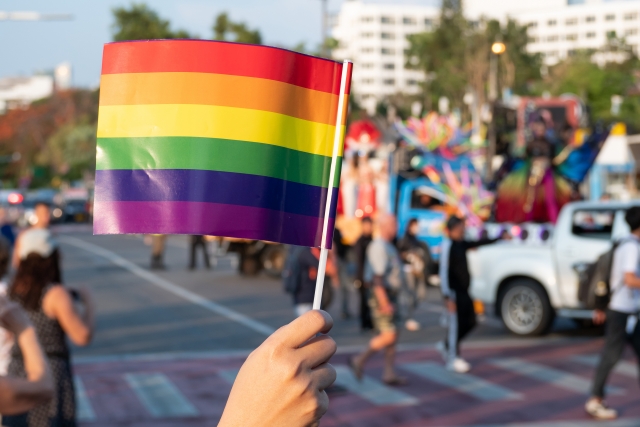 Seeing how jam-packed with gay frivolities our Pride season was this year, it made sense to split our usual Pride in Pictures issue into TWO colorful time capsules of Pride parties past, and with Part 1 in the rearview mirror, it’s time for Part 2!

Relive more wondrous moments of Twin Cities Pride Season, including the festival in Loring Park, the Ashley Rukes Pride Parade, Pride Weekend at the various GLBT bars in the Twin Cities, Leather Pride, an utterly fantastic Lady Gaga/Madonna drag brunch, and much more! On top of that, we even have amazing shots taken during the NYC World Pride celebrations in New York City for the 50th anniversary of Stonewall!

As for those who read my column in the previous issue, yes, Philadelphia was absolutely awesome. Really, really hot and humid, but awesome. It felt quite apropos to celebrate Fourth of July weekend in our nation’s birthplace, and even though I was sweating like a maniac, I managed to enjoy a lot of Philly’s historical pleasures, such as Independence Hall, the Philadelphia Museum of Art, the Betsy Ross House, and my personal favorite, the National Constitution Center.

Also, most importantly, my friend and I finally settled the debate that has haunted Philadelphia for ages: who has the better Philly cheesesteak—Pat’s or Geno’s? Obviously, we were tourists and opinions may vary, but for us, an exhaustive and very scientific exploration brought us to the shared conclusion that based on overall presentation, flavor, use of cheese, bread, and meat proportions, the undisputed cheesesteak champ of South Philly is Pat’s, King of Steaks. Fight me.

In any event, I hope you all had a fantastic Independence Day weekend, and enjoy this final batch of Pride photos! Next year’s Pride celebrations can’t come soon enough!