From the Editor: Everyday Epicurean 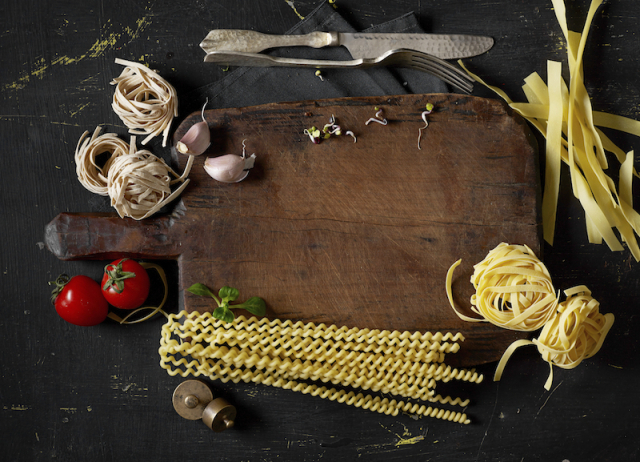 Oh, this is a gorgeous issue. I can say that because I’m not touting my own work, but showing off what others have allowed us to use. Look at the photos in the choreographer piece, the photos of the upcoming performances in the Spring Arts & Dining Pairings. We have such talented people here in the Twin Cities who not only put together tremendous productions for us to see, but also people who photograph what goes into those productions…the players, sets, costumes, lighting, and so much more. Our arts scene here is remarkable and our artists are accessible.

The same can be said for our dining and drink scene. We can walk into an establishment and talk to the chefs, the owners, the bartenders, the pastry chefs, the hosts, the servers. We can find them in food trucks and friend them on Facebook. We can interface with the people who design and make the works of art that we eat and drink. The producers and directors and players and costumers of the food and drink world. We are so fortunate.

I often pair up dining with going to see performances, whether before or after a show. I could free-associate such food and performance pairings while sipping some coffee and staring at the stars, it’s so fun. They’re often fairly loosely pulled together, and may say more about my mind than anything, so even my impulses are entertainment to me. As an example, Lasso of Truth made me want to go eat some of our own Wonder Woman’s Greek creations at Gardens of Salonica, which may have plenty to do with Diana Prince coming from Amazons of Greek mythology…and suddenly I find myself enjoying the best lamb shank before going to the Walking Shadow Theatre Company’s production at the Playwrights’ Center.

Sometimes, though, I can’t say that I want to have two competing interests in one night. When the food is so amazing and such an experience, to try to make it to a show would be too much. It might be gilding the lily and not giving each experience its own time and attention. So, in such cases, I like to keep the dining separate from the performances and make it the entertainment. Here’s a list of what I keep on my radar for dining-as-entertainment experiences.

Make a reservation for a chef’s table experience or tasting menu. We’re the VIPs for a show that’s just for us; written, directed, and acted by the restaurant’s visionary in charge. Where it used to be that there might be a table that showed up in the kitchen for people to book out for a whole lot of dough and enjoy the meals and melee of all the hard work and talent of the chef and team, now restaurants are designing and building the experience into their spaces. Chef Erick Harcey at Upton 43 just killed me dead with a 10-course menu, including what I’ve avoided my whole life but loved from him: lutefisk. Chef Landon Schoenefeld built in Birdie adjacent to Nighthawks for a chef’s table experience with a room of its own. Or, do the tastings and pairings with wine and food at Corner Table or beer and food at Surly’s Brewer’s Table. There are so many possibilities out there for your style of enjoyment.

Take a cooking class with a local chef. I love watching the Instagram feed of Kitchen in the Market during one of the Chef’s Night Offs. People buy tickets to go and cook with a predetermined chef from one of the hot and local restaurants…and then we watch the tasty hilarity ensue. The participants have jobs, learn from the pros, and eat and drink to a level of contentment that is enviable. And then sometimes you get some chef cameos when someone else from the food mecca in Midtown Global Market stops by and it becomes a party.

Subscribe to a food delivery service and have a ready-to-prepare meal show up at the front door. Local Crate is a box of tasty entertainment. I can go on the website (www.localcratemeals.com), order up the menus I’m interested in preparing, and a box of prepackaged assembly-ready vittles arrives with a recipe and instructions that make for a choose-your-own-adventure kind of meal. If I want something easy to make before leaving for the evening, I can order up something according to that level. If I want to have some people over and put us all to work making our meal, I can get a more difficult recipe and we can all muddle through it together. The results are predictable, which is also a great bonus to being sent a tried-and-true box of a DIY dinner.

And, of course, there are a number of ways to get your art with a side of something delicious at all sorts of venues. Tongue in Cheek gives free dessert to MPR members, drawing a wonderful connection between food and media/arts. I went to Meritage the other night after a dance performance at the Ordway and am now convinced that the after-show noshing on cheese plates, pommes frites, macarons, and sipping armagnac is a sumptuous nightcap. I am a fan of hitting up the in-venue eateries like Fika in the American Swedish Institute, Agra Culture in Minneapolis Institute of Art, and Level Five Cafe at the Guthrie. Just the other day, I had a ham and Jarlsburg waffle at Norway House before taking in the photography exhibit. Superb.

Dive into what we’ve got with gusto. Devour our arts and food scene. Delight in the richness.

I’ll see you in the seats and at the tables.