From The Editor: Do You Hear The People Sing? 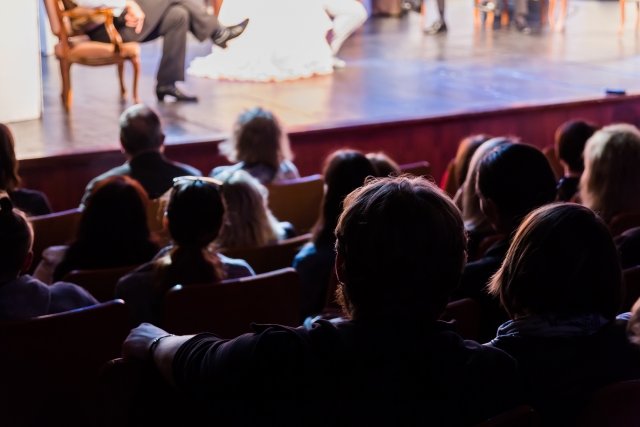 Everybody remembers their first time… at the theater, I mean.

For yours truly, my very first Broadway theatrical experience (well, touring Broadway theatrical experience) was a production of Spamalot over a decade ago. Having been a theater kid in high school, I was absolutely thrilled to finally get a taste of that New York musical life when the show arrived in Minneapolis. Unfortunately, by the day of the show, I just got over a case of mononucleosis, which left my throat the worse for wear. Of course, there was no way I’d miss out on Spamalot, and by the time the show had finished, I had been laughing so hard that I wasn’t able to speak for a day.

Of course, ever since, I’ve made sure to catch as many shows as I can as they come to the Twin Cities, and luckily for us, the metro area is pretty spoiled when it comes to the plethora of touring and local theatrical productions we’re gifted with every season. And with the fall season about to kick off, we’re pleased as punch to offer you, dear reader, a preview of what’s to come with our 2016 Fall Arts & Dining Issue!

In addition to our guide to the best dinner-and-a-show experiences you can get this season, we also interview the Zakar Twins, who are bringing their hilarious Pray The Gay Away tour to Minneapolis; we preview the first-ever Powderhorn Culinary Arts Show; and we profile the coal-fired deliciousness of Black Sheep Pizza!

We hope that this issue inspires you to take in another fun night of theater, or maybe your first night of theater! And just for fun, your faithful Managing Editor’s five favorite Broadway shows in no particular order:

• Spamalot– A dream for dual fans of musicals and Monty Python. It’ll literally leave you speechless from laughter, trust me.
• Les Misérables– Bombastic, lavish, heartbreaking, and boasting some of the best music in stage history.
• Fiddler on the Roof– Utterly fantastic on so many levels, with a warm, engaging cast of characters, astonishing musical numbers and choreography, and a timely parable on the plight of refugees and religious discrimination.
• The Book of Mormon– Who’d have thought that the guys behind South Park could conjure up one of the best Broadway productions in recent history? Gleefully filthy, but with an earnestly sweet heart.
• Mamma Mia!– I mean, it’s ABBA. ‘Nuff said.