From the Editor: Defining the Alphabet 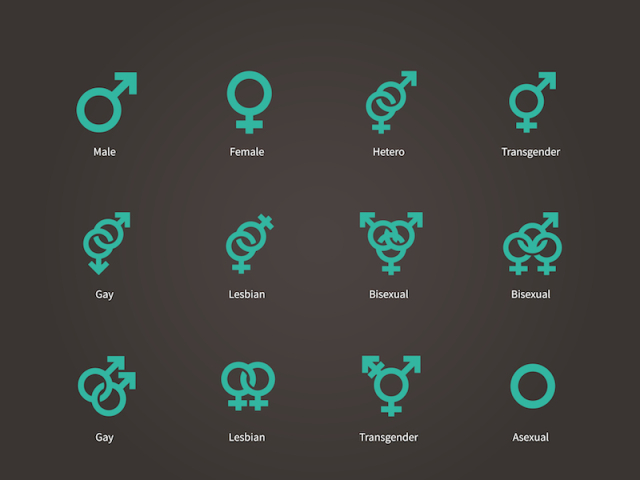 I’ve gotten a couple of phone messages from a reader who has asked for clarifications and definitions of the terms of this community. You know, the community that doesn’t have one way of defining itself: GLBT, LGBT, LGBTQ, GLBTQIA, and so on. This reader has gotten into conversations where he’s left wondering what the difference is between transgender people and transvestites. What do the other words mean? Are some phased out? Why do people get upset?

These are all good questions. I want to encourage authentic questions asked by people who really want to know the answers in order to better communicate with each other. To be able to know each other better.

My answer is that it’s really up to who you talk to as far as what terms they prefer and how they define themselves. What each of those words means is different to everyone, because of the spectrums of both sexuality and identity.

To attempt to give definitions can be done, but it won’t be entirely accurate. Gay generally means men who are attracted to men. Lesbians are women who are attracted to women. Bisexuals are attracted to both men and women. Then there are men who have sex with men and women who have sex with women, but don’t define themselves as gay or lesbian or even bisexual. Transgender people aren’t in a category based on who they’re attracted to, but whether they identify as a gender different than that assigned at birth. And then there’s cis, which refers to the people who were born a gender and identify as that gender. Transvestite might be a phased-out term for people who choose to cross-dress while not necessarily identifying as GLBT; someone might choose cross-dresser as a more updated term instead. Drag queens and kings are performers who may identify on the GLBT spectrum and dress in the clothes of the opposite gender, sometimes in an exaggerated way. Queer may refer to people who don’t want to be defined at all or people who fall anywhere along the non-heterosexual spectrum or people who are a bit punk or alternative. Intersexuals are born with characteristics of both genders and the sexual identity may be determined later as it’s not immediately apparent at birth. Allies are generally straight people who pretty much pledge their support and assistance to the rest of the community.

And I probably butchered those definitions. And missed some. Here’s the deal. As a community, things are always changing. The “What is My Gender?” piece on page 34 about the spectrum makes clear that while there are definitions out there, we need to meet each other where we are. And feminism has done the heavy lifting by breaking down the binary that if you’re a woman you have to do “feminine” things and if you’re a man you have to do “masculine” things, which we need to continue to dismantle since very few of us might actually want to fit into those tiny boxes, no matter how we might define ourselves.

Be gentle with each other, both when we learn we’ve made a mistake as well as when we find someone who needs to know more about us. No, not everyone deserves to know our most intimate business, so also be aware of when to just smile a half-smile and move on.

It’s a movement. Nobody in this community was just invented overnight; however, some of the terms are very new to everyone. They’ll take hold as people learn them. I don’t think there’s any alternative to that happening. Thankfully.