From the Editor: Celluloid Getaway 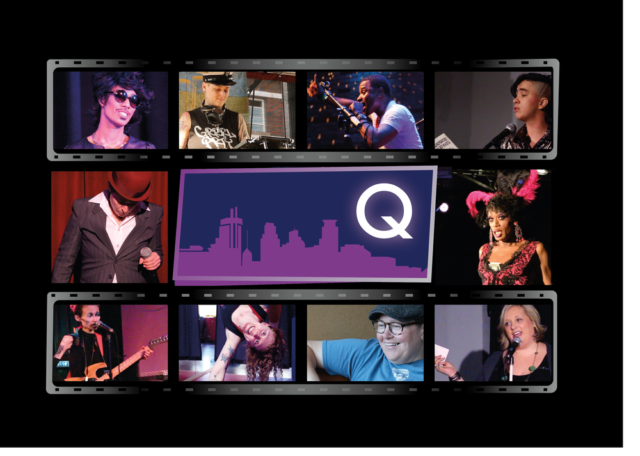 I know films are digital now, but don’t you just love the word “celluloid”? Say it out loud a few times. Like “cursive” and “stegosaurus,” it’s a word that might slip into the realm of conceptual comprehension rather than actual application. When I think of it, I can hear a projector running, I can smell buttered popcorn, and I can see light flickering toward a screen. Nostalgia and the hope of getting away from things for a bit.

Films and movies are still very much a getaway for me. Being that they’re on demand on my Smart TV via Netflix and Hulu and Amazon, it’s easier to get away from my chair in my living room than leave the comfort of my home. But, that’s not where I can get the experience of being immersed in a new (and perhaps envelope-pushing) movie that is part of a curated collection for the express purpose of displaying a certain theme or group of people or set of ideas. No, we have film festivals for that such reason. And we have a few coming up that you might find of interest.

Gender Reel Minneapolis 2016 will be showcasing 16 amazing documentary and narrative short and feature films as well as also holding two Q&As, an art show, and several performances. Kicking off at Hell’s Kitchen on September 26, opening night will include a premiere screening of the new film Major! A new documentary film. Quinn “Shimmer” Villagomez, a well-known Hispanic woman of transgender experience, will play host to “an evening of unique performance pieces, innovative art displays and a Q&A with Twin Cities-based trans-identified women.” The second night of all closed captioned and/or subtitled screenings will celebrate a range of trans and gender non-conforming identities and experiences — a night of desire, domination and discovery — at Trylon Microcinema. Closing night, October 13 at Trylon Microcinema, will conclude the festival with more fine films as well as a Q&A with drag kings Xander, Damien D’Luxe and Ethan Prince.

Flyway is a “scrappy, ambitious film festival” that has featured an eclectic assortment of movies and attracted national attention for its creative spirit and its willingness to invite emerging filmmakers to share their work. According to the festival’s website, 2016’s festival will include more happy hours and films, a new venue at the Villa Bellezza Winery, and screenings at the historic Sheldon Theatre in Red Wing, bridging over from Wisconsin to Minnesota. The festival founder Rick Vaicius said, “We’re streamlining some things, adding others. And our film lineup this year is pretty amazing,” including stunningly beautiful narratives, disturbing documentaries, hilarious and moving short films, and, in a nod to the upcoming election, some untold political stories. “There’s a special emphasis on lore and legend, including films about Minnesota and Wisconsin,” added Vaicius. “We’re featuring some of our best regional filmmakers as well.”

Not quite a film festival, but definitely worthy of more than a fair bit of the spotlight, is a documentary that has recently been completed featuring 10 “LGBTQ performance artists living and working in the Twin Cities and showcasing the vibrant and supportive arts community that is unique to Minneapolis.” The premiere of the film was at the end of August, but I hope you put it on your radar and watch for it to show up for viewings on the local scene. Sarah McPeck, a comedian and spoken word artist who grew up in Wisconsin, tells her story as well as those of Kevin “Kaoz” Moore, Adonia Kyle, TifDynamite, Maggie Farris, DJ Shannon Blowtorch, Mayda, Heather Spear, Cee Cee Russell, and Nicolas Martell with the help of Lauren Hughes and Tam Smith. Knowing the challenges faced by artists are plentiful, this film showcases the words and experiences of these talented people who have faced those challenges head on and also claimed their power as members of this community to propel them forward. They are inspiring and empowering. Through Project Q, “We hope our story will open up a world to other queer folks of all backgrounds and inspire them to foster their creativity and originality.  With all the challenges that the LGBTQ population faces today, everyone can use a glimmer of hope and inspiration — we hope our film will provide a little burst of glitter to you!”

Go. Have yourself a getaway on a screen that isn’t on your phone or in your living room. Take part in a Q&A with a filmmaker or local personality. Get some glitter on you.

I’ll see you in the seats.