From the Editor: A Busload of Moments 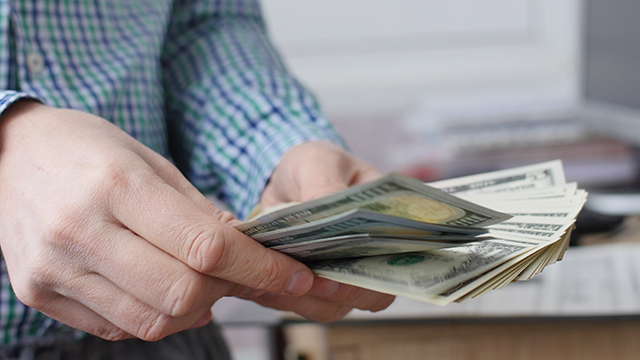 I was ten years old when I first felt the satisfaction attached to the act of giving. It was a snow-covered Saturday in the weeks between Thanksgiving and Christmas. With a group of school mates and a couple of chaperones, we piled our parkas into a bus and headed toward the Mall of America.

During the ride, the adults doled out cash to each student: $15 for gifts, $5 for lunch. The lunch part was mine, but that $15 was earmarked for “others.” This was a new concept for me but I remember taking it to heart; there was a lot of pre-planning involved on my end. The “others” were people I’d never met, nor would I ever meet them. I had been told by grownups that they were people in need of gifts and “anything that you use every day.” Simple enough.

We were put into groups that I remember quickly fracturing off into smaller groups, and we hit the mall—a bunch of kids armed with $15. Within minutes of our arrival, budgets were blown. Students ran to stores like Limited Too and Abercrombie, and spent their entire allocation on a tank top. In their own size. During winter.

Not me. I headed to the third floor, where I knew I could stretch my dollar. My notes said “cheap store,” and I’d pre-budgeted half of my fifteen American dollars for this specific vendor. I was greeted with a half-hello—as if a $7.50 windfall hadn’t just Bing-Bonged its way past the door chime.

This store was incredible. And tiny. It was as close as you could get to a garage sale inside of the largest mall in the country. Tired, dusty items cluttered the shelves—items that had already lived a long life on a different shelf. The inventory was completely unfocused; you never knew what you might find. And I recall the same attention was put into the direction of said inventory. There were deals to be had but you had to put in the effort to find them. I followed my nose.

I walked out of that heavenly wholesaler with their most boring items: scented candles, socks, and lotion. And $7.50 to go.

I took my cash down a floor to a clothing store that sold t-shirts for $2, and I scooped up two of them. The rest of my budget went to the Dollar Tree, where I bought shampoo and a (probably fake) porcelain statuette.

It took me almost two hours to spend $15 on someone else, an amount I could have spent on myself in less than a minute. I didn’t want to waste someone else’s opportunity. I wanted it to feel like much more than $15.

I spent my lunch money at Burger King in the north food court. I sat there with my bagged-bounty, and I felt good. I felt something new to me. Someone, somewhere might feel a moment of joy when they’re holding the same bag. I really liked the idea of that.

We were corralled back to the bus and we compared our finds on the ride home. Everyone went in a different direction when it came to gift selection, but it really added up. A literal busload of stuff, some of it utterly useless, but a busload of moments nonetheless.