From Summer Camp To The Synagogue 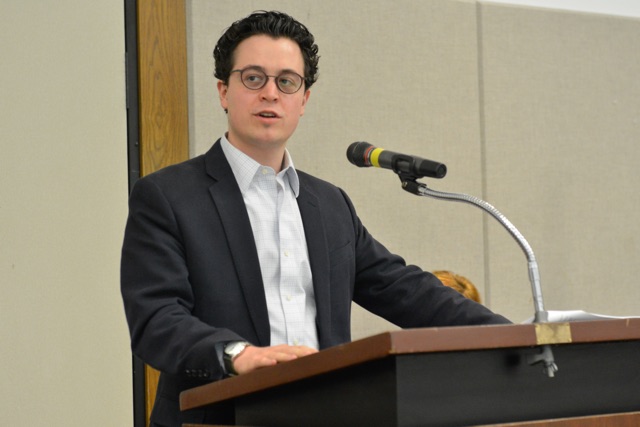 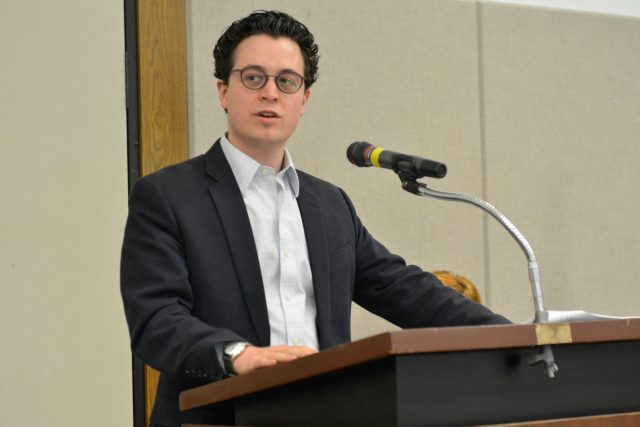 Rabbi Aaron Weininger is the first openly gay person to be accepted into rabbinical school in the Conservative denomination of Judaism. Photo by Lee Prohofsky

Rabbi Aaron Weininger of Adath Jeshurun Congregation shares how he made his way from summer camp days to being the first openly gay person to be admitted to rabbinical school in the Conservative denomination of Judaism.

Through Rabbi Aaron Weininger’s darkest days, one thing has al- ways remained constant: his community. When Weininger was in sixth grade, his sister was undergoing chemotherapy at Sloan-Kettering Hospital in Manhattan. While his parents stayed with her in the hospital, Weininger says he never had to worry whether or not he’d be getting dinner each night.

“That winter, hot meals arrived daily at our home. Amidst crisis, our community sustained us. With my sister back home and recovering, it was the same community that danced at my Bar Mitzvah one year later,” he explains.

At a young age, the strength of Weininger’s Jewish community was very apparent to him. He grew up in an active synagogue community in New York, attended Jewish day school and summer camp, and was in USY (United Synagogue Youth) summer programs.

“All of these pointed to the power of connecting the spark of each person to something greater in the face of joy and crisis. Each person has a spark. As a rabbi, I believe in creating space for that spark to connect with others—to find challenge, comfort, and grow in relationship,” Weininger says. 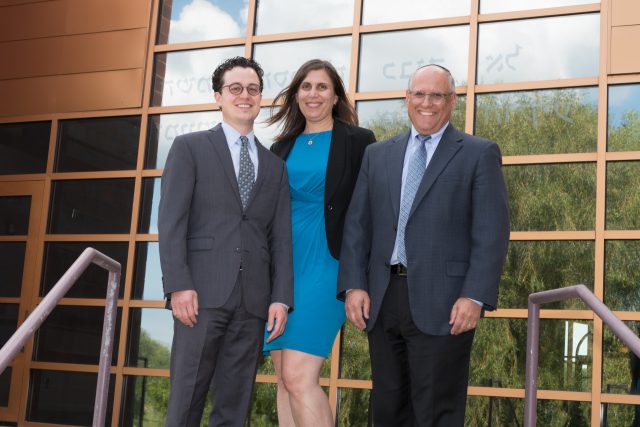 Rabbi Aaron Weininger, seen here to the left of Hazzan Joanna Dulkin and Rabbi Harold Kravitz, is an associate rabbi at the Adath Jeshurun Congregation in Minnetonka. Photo by Lee Prohofsky

From his summer school days to now, when Weininger serves as an associate rabbi at Adath Jeshurun Congregation in Minnetonka, community has always been of utmost importance to him. But not just his Jewish community. As the first openly gay person to be accepted into rabbinical school in the Conservative denomination of Judaism, the GLBT community is an important home to Weininger, too.

“I always felt God’s love, but felt my Jewish community denying it. So there was no conflict or need to reconcile between my faith and my sexuality. Just faith in my community to really see me, and the rest of the LGBTQ community, and to embrace us,” Weininger says.

During his senior year of college in 2006, two weeks before the Conservative movement’s historic decision to change its policy on gay ordination, Weininger says his childhood synagogue hosted its annual Thanksgiving homecoming Shabbat.

“It was a beloved tradition to invite all former synagogue youth group leaders to speak about Jewish life on campus. I learned that coming out as gay shut down my invitation to speak. At my Bar Mitzvah, I wasn’t ready to accept myself. But at 21, my synagogue wasn’t ready to accept me,” Weininger recalls. “The hurt deepened later as I came to mentor kids in different settings in rabbinical school who did not feel safe coming out, who feared getting kicked out of their homes, who felt they were crushing their parents’ dreams, who left Judaism, and worse. I felt fortunate. My parents and siblings were behind me. I began to appreciate how many people came before me, and made it possible, who put themselves out there for me to be a rabbi.”

Now a rabbi himself, Weininger focuses on engaging the community of his synagogue in the GLBT community at a young age. Starting with the books they read to our preschool kids—reflecting the many ways to celebrate family, the messages conveyed from the pulpit, and the conversations that happen face-to-face with teens and adults.

“Adath is proud to support J-Pride, a local effort through Jewish Family and Children’s Service of Minneapolis, participate in annual Pride festivities, and work closely with Keshet (a national Jewish organization). The Keshet Leadership Project, which Adath just completed, was a year-long multi-phased program that gathers, trains, provides resources for, and supports Jewish institutions to become more inclusive of LGBTQ individuals and families,” he says.

Another way Weininger focuses on the needs of the GLBT community is by always using warm and welcoming language. Adath uses wording like “We are straight, LGBTQ, Ashkenazi, Sepharadi, people of color, all ages, physical abilities and family structures” instead of “’we’ welcome ‘you’” in its membership materials. Additionally, Adath strives to eliminate limiting gendered language. Instead of asking B’nai Mitzvah families to circle “male” or “female” on their forms, Weininger says they leave a blank space after the words “gender identity” to welcome any response and keep pace with each family.

Since becoming the first openly gay person to be admitted into rabbinical school in the Conservative denomination of Judaism, Weininger has merged his faith and GLBT identity in the welcoming environment of Adath. He says visibility has been an important part of this.

“Making each person feel a vital part of the community is much more powerful than sending the message that ‘we’ welcome ‘you’—as if the ‘you’ is detached. I certainly know as the grandson of a Holocaust sur- vivor the power of being visible, whether wearing my tallit, lighting the Hanukkah candles, or many other Jewish rituals that proudly and publicly proclaim to the world that we will never be ashamed of who we are,” Weininger says. “Each one of us must be prepared to live and draw from our lived experience to help others access theirs.”