From Orange County To The Mini Apple 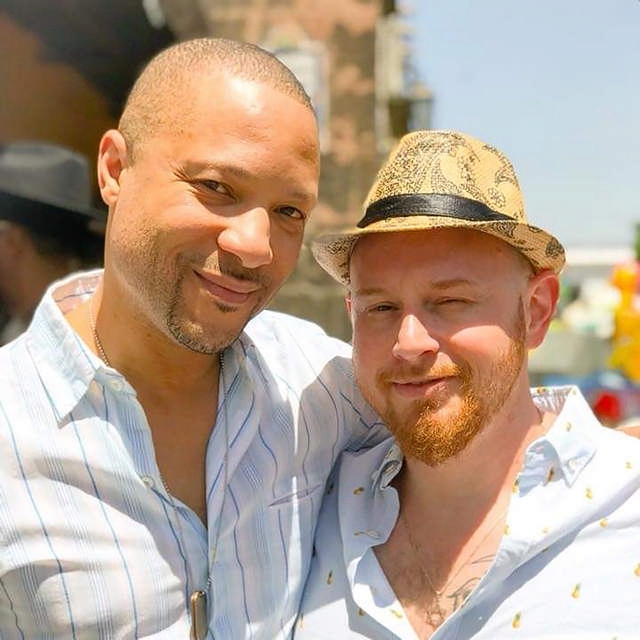 Ore Lindenfeld, right, is an Israeli-born attorney and Minneapolis transplant from California. Photo by Ore Lindenfeld

Ore Lindenfeld discusses living life as a gay man and an observant Jew, and how religion and sexuality can beautifully complement one another.

Some of you might remember Ore Lindenfeld from last year’s Pride issue of Lavender. His partner (Zaylore “Zee” Stout) was last year’s cover star, after all. Born and raised in Israel, Ore spent much of his twenties in California, where he studied civil engineering, business administration, and eventually went to law school, from which he graduated in 2013. Shortly thereafter he met Zee.

It is not a stretch of the imagination to consider Ore and Zee a lawyer-y dream-team power couple now, but it took them a while to take the plunge to even meet in real life. The two met online “before apps were a thing” and although they chatted a lot, it took two years for them to meet in person. Both lived in California, but Zee was in Los Angeles, and Ore was studying law in Orange County. Depending on traffic, that can be anywhere between a fifty-minute (ouch) or two-hour (double ouch) drive.

“The only reason (Zee) would come down to Orange County was to visit his bestie,” Ore laughs, “Zee couldn’t make the time to meet me, because he was too busy with his friends”. However, once Ore graduated from law school and moved to LA, he convinced Zee to meet up. “We have been together since then,” Ore says. Not too long after they started dating, Zee convinced Ore to take a chance on a Minnesotan adventure and the two have been living in Minneapolis ever since.

Ore is an observant Jew, but his religion doesn’t exclusively guide his moral compass. His relationship with Judaism is essentially to follow the spirit of the faith rather than following its rules to the letter.

“I grew up in a more secular home,” Ore explains, “My mom was an elementary school teacher, so she made sure that we knew all the traditions and celebrated all the holidays, which we still do, but nothing more than that. As a free-thinking adult, I understand that the purpose of religion was, and sometimes still is, to guide us to be better people, to care for one another and the world that we live in.” 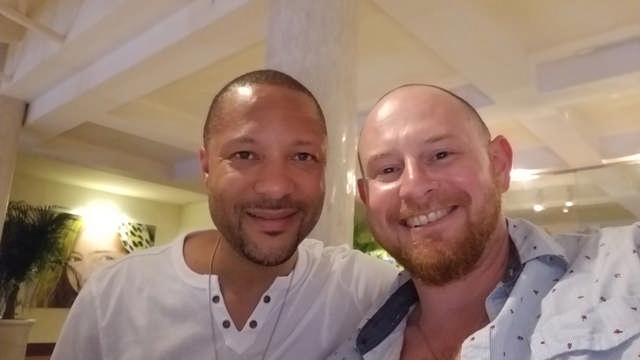 Despite a more secular upbringing, it still took Ore time to come to terms with his sexual orientation. “My inner conflicts before accepting myself were not religious(ly) based”, he explains. Scriptures were mostly considered historical, and their interpretation was deferred to rabbis. Even then, “people have the choice of whether to follow [the rabbinical authority] and how much.” This flexibility of rules meant that Ore never felt judged by his religious community, but was also not readily provided with tools to discover his sexual identity.

“I knew I was ‘different’ at a very young age, but I was too young to understand it… since information was still not readily available, I was confused about homosexuality as a whole. I refused to accept myself, because I thought that being gay was a transition period… to becoming a woman, and I did not want to become one.” Luckily, Ore eventually found a community that was able to give him the tools to realize exactly who and what he was—and wasn’t.

There are multiple denominations within Judaism, and each of those denominations uniquely interprets the rules and laws of the tradition. Ore explains, “The Ultra-Orthodox and Orthodox won’t hear about (homosexuality). In their eyes, it is a sin. Some conservatives and Traditionalists are accepting of the community, while Reform and the non-religious/cultural/secular are open. There are multiple (GLBT-friendly) synagogues.” It is possible to find an accepting religious community if you know where to look. Ore goes on, smiling, “in Judaism, we don’t believe in Hell, so I figure that even if (the way) I lead my life is a sin, at least I am not going to a Hell.”

Ultimately, Ore is an idealist. He wants nothing more than mutual respect between religious and GLBT communities.

“It is impossible to change the minds of those who blindly follow a religious dogma,” he says, “What we can do, is make it clear, that so long as we respect their rights to lead their lives, so must they respect our rights. They do not need to understand us, but they must accept that we are who we are.”

And until that happens, Ore hopes that GLBT folx everywhere can be ready to “welcome those who have been rejected by their communities for being gay and let them know that they can have a new home and a new family with us if they want to.”