“Friends to Lovers?”: Recipe for Disaster or Match Made in Heaven? 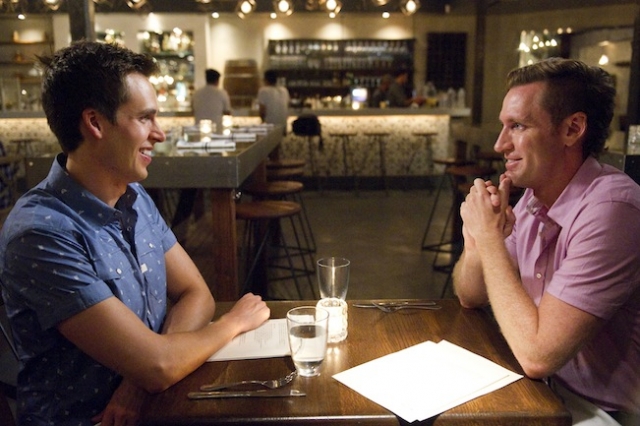 Just in time for the entire Friends series debut on Netflix, some real-life Rosses and Rachels are hoping to turn their friend zones into hot zones.

One such couple is PR guru Charley Walters (he’s worked on such high profile events as the Olympics) who covets a romance with videogame producer Darion Lowenstein. It begs to be asked: why agree to do this show?

“We didn’t read the full iTunes terms and conditions,” Darion jokes. “Charley and I have had such an amazing friendship over five years, and I think the best marriages I’ve seen are built on top of a great friendship.”

Charley adds, “I actually read the conditions for once in my life! But seriously, I’ve crossed off a lot of life experiences off my list but having some of my life documented on national television somehow didn’t make the list yet, and this was a very ‘YOLO’ decision. When approached to do the ‘experiment,’ Darion really was the first person who came to mind.”

Darion and Charley during an episode of Friends to Lovers?
Photo by Nicole Weingart/Bravo

But dating a friend is obviously different from meeting via online dating, in a bar, or being set up on a blind date. When you’ve been close friends for years, you know almost everything about the other person, taking all of those usual first date questions out of the equation while simultaneously forcing you to see a friend in a different light. Whether it works or leads to absolute disaster will play out as the season unfolds.

“I honestly don’t have a lot of dating experiences, but I will say that this adventure felt both ‘normal’ and ‘completely bizarre’ all at once,” Charley says. “[Dating your friend] is not really something you can prepare for; you just have to take it day by day. And that’s one thing I thought I was pretty good at.”

Charley continues by saying that one would think dating a friend would be easier, having already known them. “But, there’s something really exciting about just getting to know someone that makes you let your guard down and be a little vulnerable,” he says.

It would seem the couple has the makings of a great relationship. Darion shares that he and Charley have always been able to make each other laugh (no matter what life has thrown at them), and they share qualities that each looks for in a boyfriend: values, honesty, ambitious careers and a dedication to work, knowing how to have fun, and, in Charley’s case, knowing more about the Olympics than Wikipedia.

To this Charley adds, “I think (or hope!) everyone has those people in their life where fun just kind of clicks automatically and that’s how I feel about Darion. He’s passionate about a lot of things (even if some of them aren’t what I’m into), so I admire his outlook and ambition while still feeling like I can learn a lot from him.”But each of the men have other friends. Out of all of them, why does the show focus on the two of them? “Even when Charley and I would all hang out as friends, people would assume he and I were a couple,” Darion says. “I think we just have that easy-fun chemistry that makes people assume, and so it made sense to try this out.”

Throughout the course of the series premiere, Darion and Charlie describe themselves as opposites, making this a case of opposites attract. When asked about it, Darion says he doesn’t want to date himself. “That would be boring and, given my height, would probably end in a terrible village destroying accident,” he jokes. “We have enough in common to make it work, and enough differences to balance each other. Or so we’ll see…” 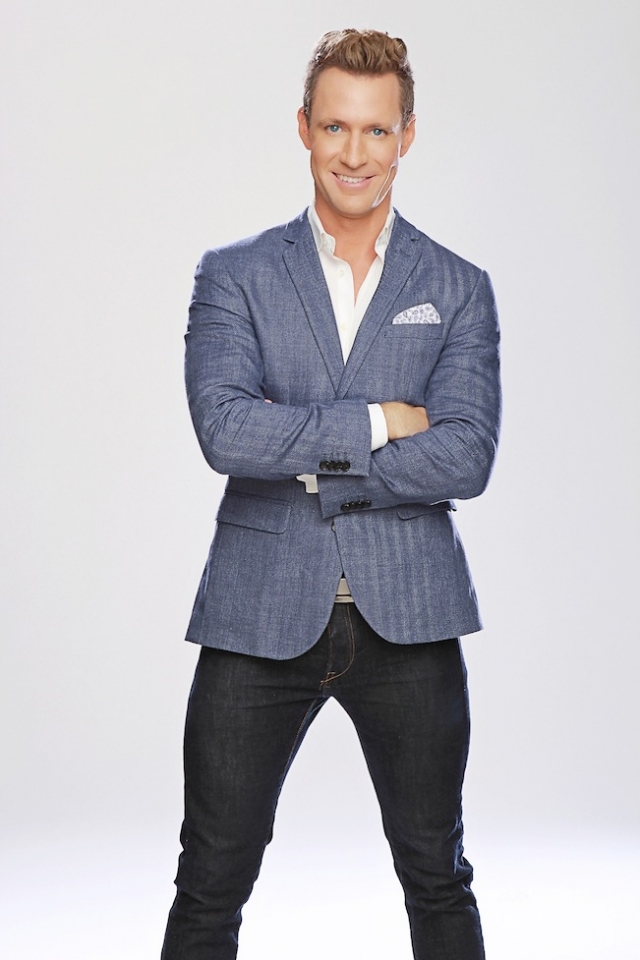 Charley’s response? He makes a joke back: “Wait. Don’t want to date yourself as in you don’t want people to know you remember every word and cartoon-cat dance move to the Paula Abdul song? ‘Cause I’m FULLY ok with admitting that.” He breaks for a song and dance break before adding, “Yes of course opposites attract! This is an age-old tried and true formula. They can also cause some pretty intense relationship hurdles.”

Inevitably, dating is going to impact a friendship. For Darion, that was his biggest fear going into the experience. As he says, you don’t want to lose a best friend or have all of your secrets revealed. According to Charley, there is no question that the friendship has changed, and sometimes he feared in an irrecoverable way. “It’s like when you re-format a hard drive and can’t really go back to scratch without losing some of the memory,” he says. “Wait, is this really me answering this and not my nerdy tech counterpart? I guess he really did rub off on me!”

Indeed, the idea of falling in love is scary, even more so when it means attempting that with a friend. Why risk the friendship? For Charley, who says he’s taken many risks in life and ultimately not regretted a single one, he hopes that this isn’t the first.

Darion adds, “If it could lead to an amazing relationship, it’s worth it, right?….Right?”

As for their current status, the couples’ lips are sealed for now. But their obvious state of bliss during the season premiere and rapport during interviews is hard to ignore.

Unable to detail exactly what plays out this season, Darion says that audiences can expect quite a bit from the couple. “In my case, a lot of dorkyness and in both our cases, lots of sillyness,” he says. “The cameras were there for everything, ups and downs, and it’s a wild ride.”

Charley sums it up perfectly when he says, “I hope that some of the fun and adventurous stuff will come across because that’s where I think we’re at our best as a duo. And yes, I suppose you’ll see some totally awkward kissing that hopefully gets a little better as time goes by.”

Friends to Lovers? airs on Bravo, Mondays at 10/9c.