Everyday Drama: In Death, There Is Life 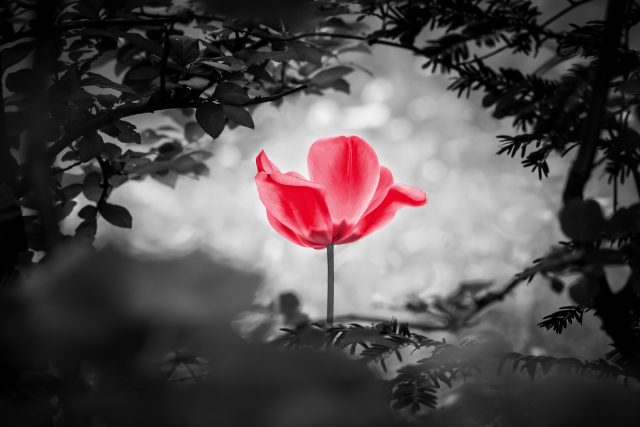 I’d like to tell you about the day I learned my mom was terminally ill. It’s not nearly as dreary as it sounds because my mom was not a dreary person.

On this day, a doctor who had never examined her before entered her hospital room and said, “You are going to die. Soon.” He said it as easily as if he were ordering soup.

No one had asked him for this information. He was just one of many doctors who visited the room and jiggled my mom’s stomach to see if anything was moving in there.

My mom had been diagnosed with Stage 4 colon cancer only two weeks before. As efficient in death as she was in life, she would die less than three months after getting the bad news.

My brother, father, and I were in the room when the doctor entered. All of us looked at him hopefully as he examined her, making little jokes, trying to get him to like us. It didn’t work.

He followed up the death news with a completely unnecessary description of how her colon ultimately would kill her by exploding. Then he left the room.

We were all stunned. I mean, what do you say after that? Who knew a colon was even capable of that type of drama?

Other doctors had told us things were grim, but I usually could persuade them to look on the bright side. When the surgeon who was supposed to cut out the tumor told me he couldn’t operate because the tumor was much more entrenched than he had suspected, I reminded him of his earlier promise that she had at least two years to live.

“I was overly optimistic,” he grimaced.

“How about one year?” I negotiated.

After the doctor delivered the death news and left the room, we all started crying. Yes, we were crying because we were devastated by the news, but also because it gave us something to do while we figured out what to say about this mess.

We weren’t the type of family that was comfortable dealing with each other’s emotions. We communicated with each other almost exclusively through cheery anecdotes and wisecracks. Finding words of comfort for my mom who had just been told that her colon would soon explode was not in our wheelhouse.

After a few awkward attempts to express love without actually saying the word, my brother and dad found an excuse to get the hell out of there. I can’t remember what the excuse was—only that it was flimsy. But it was also understandable, and a relief. Their inability to soothe my mother wasn’t making things any easier on me.

I realized that no one had touched my mom physically yet. So I buried my head into her chest, struggling with what to say that was emotionally honest. “You’re the most important person in my life,” I sobbed. It was true, but it was not simple. And it certainly wasn’t all positive.

“You’re the love of my life,” she told me. I knew this wasn’t true. But this wasn’t going to be one of those death bed scenes where old scores were settled.

The weeks leading to her death were very difficult, but also deeply satisfying. We laughed much more than we cried. At the moment she died, she held my hand and stared into my eyes.

I feel so lucky that I had that time with my mom, especially now that so many people have been denied a similar experience during the coronavirus crisis.

Dear readers, I so hope you are all staying safe and sane through this crisis, and that you are experiencing moments of hope, joy, and grace to propel you through this grim time.