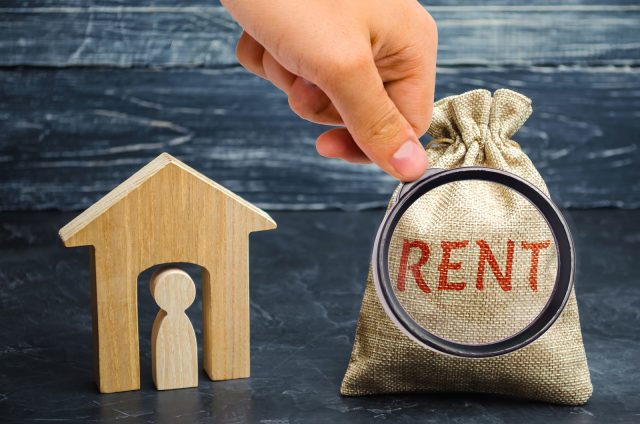 For the past few years, we’ve rented the apartment above us to small families who do what most small families do best: make noise. There’s lots of yelling at the kids and lots of garden-variety marital discord racket. And lots of heavy footfalls on the ceiling above us.

It doesn’t bother me, but my spouse’s ears are as twitchy and alert to external stimuli as a Fennec fox, an animal with comically oversized ears. My spouse’s ears are normal size, but her reactions to the slightest disturbance in her universe are not.

I won’t get into the dramatics that have played out in our home over noisy tenants except to say that whenever a tenant makes a sound, I get the stink-eye from my spouse. And believe me, dear readers, my spouse’s stink-eye is as weaponized and deadly as a missile. You do not want it pointed at you. It makes no sense why I get blamed for our tenant’s noise and I refuse to explain my spouse’s rationale behind it. If my spouse wants to explain it, she can get her own goddamned column.

So, when our most recent full-time tenants announced they were leaving, my spouse helpfully suggested that we rip out all the floors and ceilings and install super-soundproofing that would cost as much as buying a new home and result us living in a construction zone for a year. As fun as this sounded, I suggested a compromise: that we furnish the apartment and rent it on a short-term basis, which would leave the apartment tenant- and noise-free for several weeks a year. My spouse agreed as long as we’d never rent for more than three-months at a stretch.

We speculated on who would rent the apartment. My spouse guessed that it would be visiting professors to a nearby university. I said it would be middle-aged fathers who had been recently tossed out of marriages.

In the past year, we’ve hosted a parade of guys who were stunned to learn that their wives were no longer in love with them.

I handle showing the apartment because my spouse tends to scare away prospective tenants with her severe set of rules—all that start with capital DON’Ts. (In fairness to my spouse, who I’m making out to be an uncompromising monster, she needs to overcompensate for my easy-goingness by clearly defining boundaries. If it were left up to me, I’d allow tenants to breed baby dinosaurs and cook meth.)

We’ve hosted a series of guys in the past year. Each has shown up on our doorstep shell-shocked about the terrible turn of events in their lives.

I lead them upstairs to show them the apartment and before I can get them to the back bedrooms, they slump onto a chair and tell me their story. The stories are always the same: Their wives have told them that the marriage is over, and they need a place to stay for a month or two while they get their bearings.

They never cry and they never speak ill of their wives. That’s the part that always kills me because, as a woman, I know their wives are speaking plenty ill of them.

The encounter always ends with me giving them a hug and promising to take care of them.

My spouse, who is wary of my need to tend to broken creatures, has slowly grown to appreciate our Heartbreak Hotel. Because grief and depression are so very quiet.