Everyday Drama: Day of the Dolphin 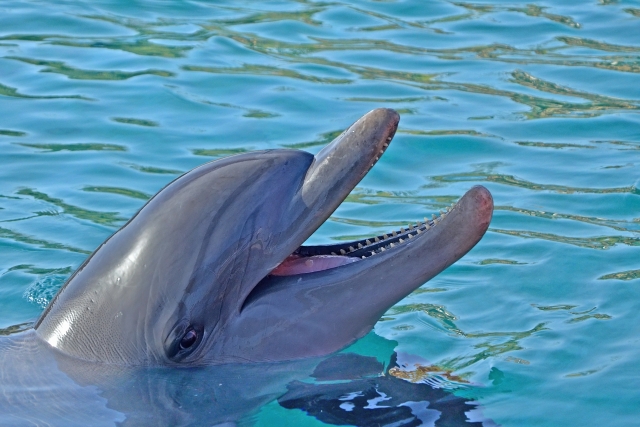 About a year ago, I started reading a book about attempts by human researchers to communicate with dolphins. Most of these experiments—in typical human fashion—have been stupid and dangerous to the dolphins.

In one famous incident in the 1960s, NASA funded a project to force a dolphin to live with a woman in a small house built in 3 feet of water for several months. The woman—a waitress who was recruited not for her knowledge of dolphins but for her enthusiasm to live in watery isolation with a male dolphin—was charged with getting the dolphin to understand human language.

The woman tried to teach the dolphin, Peter, to communicate in our language, but Peter—very wisely—was having none of it! Instead of chatting with her, he squirted her with water whenever she tried to sleep, slapped her with his flippers when he wanted her attention, and, most sensationally, rammed her with his erection when he was sexually frustrated. Peter’s erection was so persistent that she finally gave in and gave Peter a hand job so that he could focus on his studies.

But Peter—the hero of this story—refused to learn a single word and instead just insisted on more hand jobs.

For three months, the woman tried to have meaningful talks with Peter, but Peter would respond by blasting her in his own language of whistles and chirps, punctuating his frustration with a furious erection.

The woman eventually gave into Peter’s demands for sexual relief—apparently the only common form of communication between humans and dolphins.

The experiment was terminated early because NASA decided it would be easier to get a man on the moon than to get a dolphin to submit to the whims of man.

I’m not going to tell you what happened to Peter after the experiment ended. In fact, I had to give up reading the book, because each story of dolphins heroically defying human attempts to communicate with them ended badly for the animals.

I’m all in favor of figuring out how to talk to animals, mainly so they finally can tell humans to go straight to hell.

Dolphins don’t have vocal cords, which is why their language is made up of a complex series of whistles. They also use echolocation that serves as a form of telepathy to convey detailed information. Because of this ability, some scientists think that unlocking dolphin speak is the key to figuring out how to communicate with extraterrestrials.

It also will be very helpful in figuring out how to communicate with my spouse, who is as resistant to communicating with me as Peter was to talking with his human overlord.

Like a dolphin, my spouse has a brain that is far bigger than mine and prefers to beam her most important messages to me telepathically. Yesterday, for example, while we struggled to move a large couch up a narrow stairway, my spouse dropped her end of the couch during a botched effort to turn a corner, and glared at me for 10 minutes, silently articulating her instructions for getting the couch up the stairs.

“Use your words!” I implored her. “I have no idea what you want me to do!” This touched off a fury of squeals and guttural noises. I didn’t need a doctorate in marine biology to translate her message, which was that I should go straight to hell.

Unlike Peter and his housemate, our frustrated efforts at communication did not end in sexual relief. Instead, it resulted in a couch that is still wedged in a stairway, waiting for professional movers to arrive today to free it.