Everyday Drama: A Day In the Life of a Step Parent 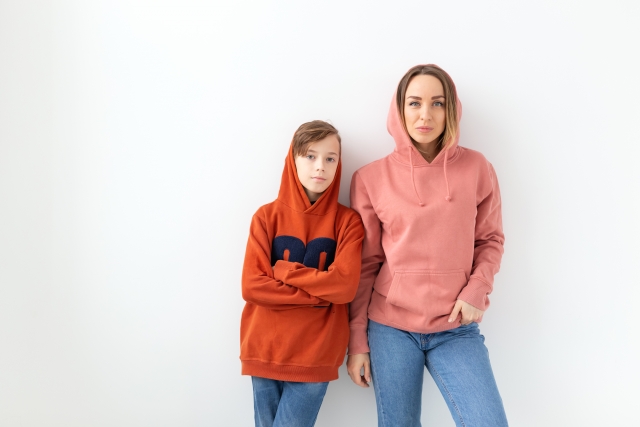 You wake up and make your lunch. Hide your lunch on the back porch so the kid doesn’t grab it by mistake. He once took your lunch shortly after you entered his life four years ago. It was a terrible surprise for him. At school that day, he opened it to find a salad, instead of the food circus his mom packs. Crustless sandwich. Gummy bears. Goldfish. Juice box.

He stormed home that day, and slammed the disappointment on the kitchen table. He pointed to the withered salad. He scolded his mother—not you—for the mistake. She was the parent. She should know better. It wasn’t your fault, he reassured you. You don’t know any better. He was ten years old.

Come home from work to find the kid with his posse of friends playing video games. Ever since he became a teen, he travels in a pack. He asks if you will order them a pizza. Since it’s you, and not his mom, he asks politely. If it was his mom, he would demand. She would refuse. He would yell. She would prepare a plateful
of healthy snacks for the kids, with a sleeve of crackers and some cheese sticks to shut them up.

You order the pizza.

Your spouse comes home from work. Frowns at pizza box. Recounts an argument she had that day over a kid-related topic with her ex, the kid’s dad. You listen quietly and nod in agreement with her, even though you agree with her ex on this dispute. In the past, you have vocalized your support of the ex’s view. This is always a mistake.

You like the ex. He’s a nice guy. You’re very happy that the marriage didn’t work out, but glad that they were once in love. You think for a moment of what their life was like when they were happy. You’ve heard stories. Then you think of them having sex. This is always a mistake.

You sulk. She knows intuitively of the disturbing picture you just painted in your mind. She rolls her eyes and shakes her head. She thinks you’re hopeless, but she refuses to give up on you.

The kid’s posse goes home and you take him to the theater for the opening night of a superhero movie. He insists on seeing the movies in this franchise the night they open. He insists you accompany him.

You have seen every movie in the franchise. You think these movies are inane and lack character development. You think the writers are lazy, craven, and care only about making money.

The kid knows your thoughts on this subject. But he still makes you see them. “It’s important you see all of them so that you understand the entire series,” he tells you. It’s not important. You suspect that he just likes that you make this effort for him.

You go to the snack counter. The kid gets every snack forbidden by his mom. The friendly cashier chuckles at the bounty, winks at me, and says, “You’ve got a nice mom.” The kid nods. Neither of you correct the cashier.

You and the kid look alike. He’s often mistaken for your son. You love that he never gets rattled by the mistake. You like that he seems as tickled by that ridiculous notion as you are.

As you walk into the theater, you ask if Batman is a character in this franchise. You say this before every movie to irritate the kid. He rolls his eyes and shakes his head. He thinks you’re hopeless, but he refuses to give up on you.