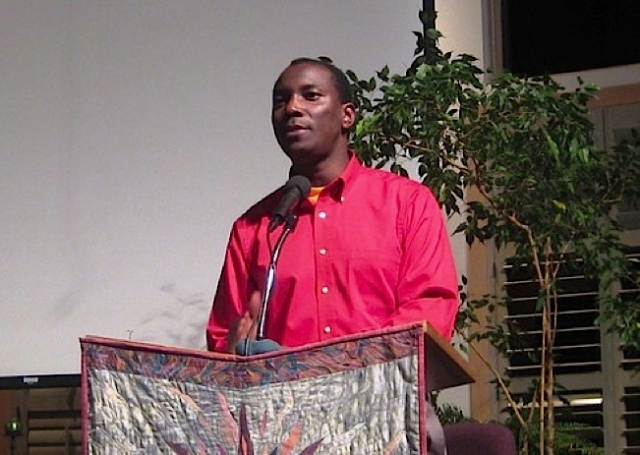 The often bloody crusade in Uganda against GLBT people in Uganda by right wing politicians there, and influenced by right wing religious leaders in the US, has steadily gained increasing opposition throughout the world. In the Twin Cities the Uganda Project of the Wingspan Ministry of St. Paul-Reformation Lutheran Church has partnered with the Out Twin Cities Film Festival and the staff of All God’s Children Metropolitan Community Church for various events this week and the first part of next week.

The acclaimed film, God Loves Uganda, by Oscar-winning director producer Ross Williams screens promptly at 7:30 pm on Friday, November 1. It looks at how an American clergy-influenced bill to make homosexuality punishable by death caused an overwhelming atmosphere of terror. The ugly marriage between American evangelicals and Ugandan ministers is boldly exposed.

The Uganda Project has been supporting GLBT people in Uganda and has hosted events over the past few years. Bishop Christopher Senyonjo, who has been compared to Desmond Tutu, has been hosted in the Twin Cities. Senyonjo has put his own life, as a straight man, in jeopardy, for creating safe havens for GLBT Ugandans. Lavender has reported on him in the recent past and you can also read Uganda: An Overview in the Lavender archives if you want a good fundamental background on the problem. That said, whether you know nothing or a lot about the Uganda issue, the film God Loves Uganda, is a film you will be able to relate to.

For Listings of Remaining Uganda Events Through Tues. Nov. 5
www.stpaulref.org/wingspan-flutterings/