Death In A Marriage – One Last Thing… 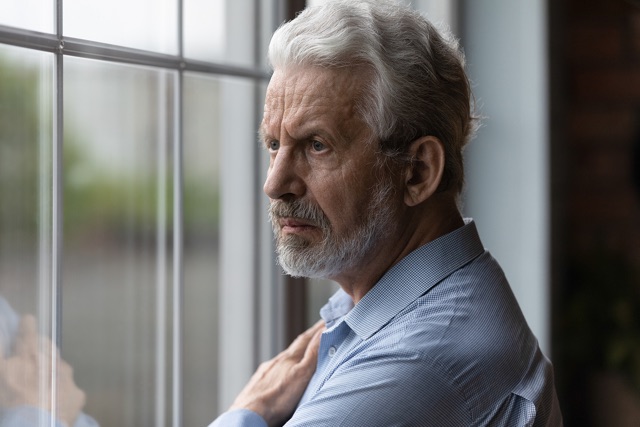 End of life hurdles faced by the LGBTQ+ community

End of life planning comes with nuanced challenges for members of the LGBTQ+ community. A person’s family of origin and their chosen family may be well-blended, or they could be completely foreign to one another—creating a vacuum in communication between families. For long-term, unmarried couples—death can be especially tricky.

In what may be the worst cases, survivors are forced into a form of disenfranchised grief. The relationship may have never been validated by the families of those involved, or viewed as less important and easily replaceable. Many survivors deal with grief outside of public view and without social support. Too often, surviving partners are sent down a dark, convoluted path. Alone.

The United States is an outlier, falling behind many industrialized countries when it comes to nationalized paid leave policies. The policies that do exist tend to favor more “traditional” households and families, even though the latest census data shows only 18.4 percent of American households conform to “traditional” norms. Oftentimes, a deceased person’s chosen family is left out of end-of-life decision making completely—intentionally or otherwise.

In 2019, New Jersey became the first state in the nation to pass legislation that called for paid leave in relation to chosen families. The law says workers are entitled to a 12-week paid leave to care for a sick member of their chosen family. Oregon, Connecticut, and Colorado have plans to follow suit. The Families First Coronavirus Response Act (FFCRA) was purposely developed using broad language, allowing workers to care for the individuals that need or expect their care. This was seen as a major step in expanding family caregiving for private workers.

COVID-19 response expedited the typically slow, bureaucratic process for passing such protections. The FFCRA was a temporary measure that expired at the end of 2020—but it demonstrated that an inclusive national paid leave policy is feasible. It opened the door for possible legislation down the road.

What if “down the road” is too far away? In 2018, Queensland woman Jo Grant married her partner of eight years, Jill Kindt—and became the first legally married gay couple in Australia. Their union lasted just 48 days, ending with the tragic death Jo Grant, who was terminally ill. Jo and Jill were approved, married, and registered all in one day, thanks to the registrar’s ruling of special circumstances. Jo’s family believes the marriage “renewed Jo’s spirit, keeping her alive long enough to have one last Christmas with her family.”

After meeting in 1965, Bob Husky and Jack Zawadski fell in love and spent decades moving around the United States, working as special education teachers. In 1997, the couple retired in Mississippi. In 2015, Bob and Jack were legally married, weeks after gay marriage was legally recognized—but the honeymoon was short-lived. Less than two months after their nuptials, Bob Huskey’s health began to deteriorate and he was moved into a nursing home.

Bob’s family made pre-arrangements with the local funeral home, who assured them everything would be handled when the time came. When Bob Huskey died on May 10, 2016, his family was stunned to learn that the funeral home had “adamantly” refused to provide services for Bob Huskey, after learning the sex of his spouse through paperwork. Jack was left scrambling, forced to use a facility 90 miles away—ultimately canceling funeral services for his husband.

“Bob was my life, and we had always felt so welcome in this community. And then, at a moment of such personal pain and loss, to have someone do what they did to me, to us, to Bob, I just couldn’t believe it. No one should be put through what we were put through.”

With the help of his nephew, John Gaspari, Zawadski filed a lawsuit against the funeral home. The suit sought damages from Picayune Funeral Home’s parent company, Brewer Funeral Services, and its owners—for breach of contract, negligent misrepresentation, and the intentional and negligent infliction of emotional distress.

Bob died in 2018, while his case was still moving through the Mississippi circuit court system. His nephew continues to battle for the rights of his uncle and his uncle’s partner, years after their deaths.

The right to a dignified death can be overlooked, especially in a society where most approve of same sex marriage. For a union to go the distance, only to have the end of the relationship marred by litigation and bigotry adds another dimension of horror to already trying times. If your lifestyle has been “accepted” by your peers, shouldn’t your death come with the same, dignified response?

Recent legislation and evolving opinions have created meaningful progress toward end-of-life rights for same sex couples, yet there are leaps to be made.